Friday 21st of july marked the date where all the luchadoras (female wrestlers) in the CMLL were scheduled in a Torneo Cibernético for the female coup Natalia Vázquez. 14 women went for the first “official” statement from the company before international tournaments like WWE Mae Young Classic or  the Shine Championship Tournament. The winner of the Coup was Princesa Sugehit. What does that meant for CMLL, Princesa and for mexican female lucha?

Talking about the Mae Young Classic, seems that CMLL is trying to do something similar with its female roster. It´s not an international thing although there are some foreign luchadoras like Dalys or Zeuxis. Nevertheless making this tournament in this exact time could rise some eyebrows since it looks like something that goes as the mexican response to the Mae Young Classic. Until this day, CMLL hasn´t worked a Tournament like this so it may be interesting. But first things first.

Who is Natalia Vázquez? 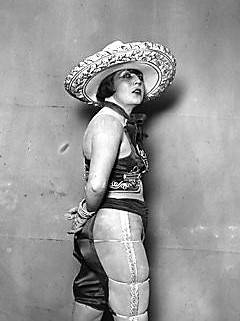 Natalia Vázquez was the first mexican luchadora that we have knowledge in making a presentation at Arena México for the then EMLL (Empresa Mexicana de Lucha Libre). My best source is my father who came to live lucha libre since mid fifties of the past century and the experience collected by my late grandpa before him. My dad told me that the first luchadora was the one called La Dama Enmascarada (the Masked Lady) who shined approximately in 1950, but searching in the uncertain annals of lucha history, 14 years before, back in 1935 a match was scheduled between Paulinne White versus Katherine Hart. Miss White had a car accident days before the match so Natalia Vázquez was brought from El Paso, Texas to replace her.

Fact is, at that time female lucha was dead in México so although being mexican, Natalia lived and wrestled in the United States, maybe being the only mexican born luchadora at the moment. Funny fact is Natalia never arrived to the ring because Katherine Hart wrestled a man: Dot Apollo, in a confusing program that night of july.

We must be honest on this: even the luchadoras didn´t know who was Natalia Vázquez. CMLL made the announcement on their weekly press conference with little feedback from media.

But what about this? As we said before, female lucha was dead at the moment. Natalia wrestled in the United States since there weren´t luchadoras in México. Then, using a name just for being the first known female mexican with a non recognizable career is a little out of the blue for most people.

Did CMLL made some recognicion of Natalia´s career? Some historic rendition of her achievements? They didn´t. What is true, is that we really know nothing else about Natalia and that female lucha in México didn´t have presence until 1942 when american female wrestlers came again. Official records state first mexican luchadoras until 1947 – 1948. Then, is more important to give more years to the records or to be faithful with the achievements of luchadoras? If so that would rest at least 15 years to the credit that CMLL wants to receive.

One of CMLL´s not so wise traditions is to make several tournaments a year who seem to be there just to exalt their traditional luchadores which is awesome but they have the same winners year after year, having little variations and no surprises. The winners of tournaments and other events, rarely do anything else with those awards. Programming department keep things working as usual.

Bringing a new tournament for female talent is one step ahead for the Amazonas del Consejo (Council´s Amazons). They have two titles but no Tournaments which include all the roster. This Natalia Vázquez Coup Tournament would be the simile of the Bobby Bonales Coup for men. Plus, for the first time ever, they introduced a new luchadora known as Lady Maravilla (Lady Marvel) who was a growing name in the independent scene.

The Tournament was a success and a note on this is that Cibernético Tournament is a style were luchadores don´t have a great story, but women made something incredible, powerful and thrilling. This Tournament style implies some sort of Royal Rumble kind of elimination, to form two teams as the first seven eliminated luchadoras team up against the remaining seven. Having made the teams, the luchadoras had to eliminate one on one until a winner is left in the ring. The winner was Princesa Sugehit and she and the other 13 luchadoras made great performances. Awesome match, awesome performers and awesome response from the crowd who was really into the match.

Did management took note on this match? Did they realize that novices like Zkadi, Metálica and Sanely are ready for the big stages? 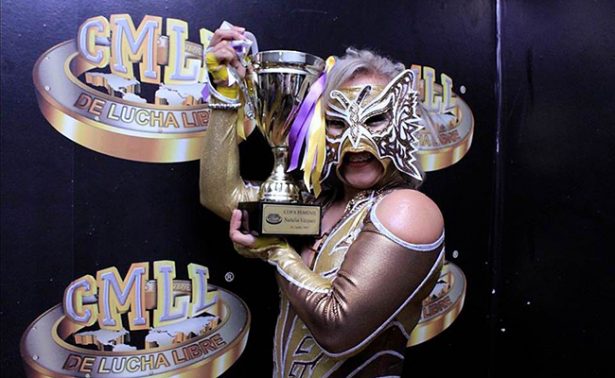 Now, what is this? Why Princesa Sugehit? Is the CMLL really trying out some changes? We may need to go back some years ago and talk about the fandom and the CMLL owner Paco Alonso.

Back at 2008 news said that CMLL star Dos Caras Jr. had work a dark match for WWE and he was getting a developmental contract. Lot of people could not believe it, even into the CMLL there was the question mark. And the story we all know begun. Alberto del Río was a success and was the first luchador of several that left CMLL, leaving the company insecure about their biggest names status in there.

In the next 8 years Dos Caras Jr. was followed by the biggest draw in México: Místico (Sin Cara). Then was Mascarita Dorada, who in fact had left CMLL a year before his contract in WWE (El Torito), La Sombra (Andrade Cien Almas) and Máscara Dorada (Gran Metalik). We can mention Dark Angel, Sarah Stock who retired in 2015 and went to perform as a trainer in NXT where she is still working at this day. Also, there were rumours about other big names leaving CMLL in the likes of Texano Jr., Averno, Volador Jr. and El Terrible. They didn´t leave but Texano Jr. and Averno were up front a number of luchadores who left CMLL to go to the indies or rival company AAA.

The owner, Paco Alonso had to secure the luchadores and gave them prizes in tournaments, main eventing runs and searched for alliances to send them to Japan and USA. Nevertheless, CMLL continued with its conservative style of show and programming leaving a non trusted fan base for using always the same luchadores as winners.

So, is no surprise they are trying to secure the permanence of Princesa Sugehit right now and the winning of the Natalia Vázquez Coup Tournament is just a confidence vote from the company. Is very probable that Sarah Stock recommended her long time rival to WWE agents and her participation in the Mae Young Classic could be understood as a big scenery try out. As CMLL has its female veterans in the umbral of retirement (Marcela, Amapola and Dalys) Princesa Sugehit would be the leading woman of this generation of luchadoras. We already talked about her, she is one of the best luchadoras right now in México. Easily in the top five, so she is a powerful asset for the company. Plus, CMLL´s fan base is so tough with luchadores who leave their masks as they go to WWE that consider their bet matches (mask vs mask, hair vs mask) are a fraud with known results, causing big losses to the company and now more than ever when the biggest program of the year is month and a half to happen.

So, what is going on next?