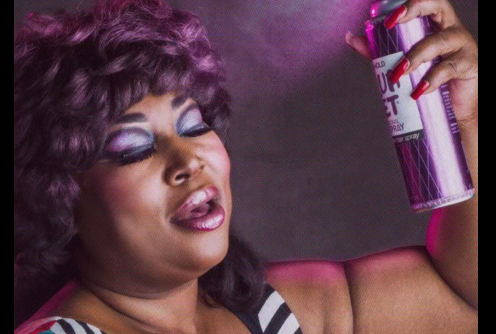 In the 1980’s, women’s professional wrestling wasn’t exactly looked at with the same respect and attitude that it does today. While not as raunchy or sexist as many of the late 90’s Attitude Era would usher in, it was still an afterthought or a novelty in most major promotions, be in WWF or the NWA. While there were plenty of talented wrestlers in these promotions Women’s Divisions, their storylines were brief and miniscule and their matches were often few and far between.

But from 1986 to 1990, there arrived a television show that sought to blend the rising boom of professional wrestling in the mainstream pop culture with an emphasis on women’s wrestling. And thus GLOW – Gorgeous Ladies Of Wrestling – was born.

Formed out of Barbarella’s Gym, owned by Jackie Stallone (Sylvester Stallone‘s mother), GLOW was a combination of actresses, gymnasts and women who legitimately wanted to be pro wrestlers, all portraying characters in a fictional company, with storylines meshed between the match-ups. While this may sound like a blueprint for what Lucha Underground does today (like LU, GLOW had episodic seasons, with finales, character changes and departures), in reality it was closer to The Monkees. This was purely a created form of entertainment rather than a true promotion. And while most of the GLOW performers would fade from the industry when the show ended in 1990, some went on to bigger things in wrestling, such as Amy The Farmer’s Daughter (who went on to the AWA as Brandi Mae), Corporal Kelly (who went on to a brief stint in WWF under her real name Olympia Hartauer and AWA as Ms. Olympia), Dallas (who also competed in AWA as The Killer Tomato), Pepper (who would go on to AWA and WWF under her real name Cynthia Peretti), and perhaps the most successful GLOW alumni, Tina Ferrari, who is better known to wrestling fans around the world as former WWE Women’s Champion Ivory. After the series was ended in 1990, it shut down, seemingly forever.

In 2012, the documentary, GLOW: The Story of the Gorgeous Ladies of Wrestling, was released. This documentary traced its early beginnings to it’s final days and received worldwide acclaim from the industry. While it was a fictional television series about wrestling rather than an actual promotion, it proved to be an inspiring form of media for aspiring female wrestlers in the late 80’s and early 90’s.

Since 2001, the rights to the GLOW legacy have been in the hands of Ursula Hayden (herself a performer in the original GLOW series as Babe The Farmer’s Daughter, Princess of Darkness and Donna Matrix), who not only oversaw the GLOW documentary, but is part of the team that is bringing GLOW back to the small screen, this time as a Netflix Original Series on the streaming site that just acquired the rights to Lucha Underground as well.

The new GLOW series is being spearheaded by Executive Producer Jenji Kohan (creator of Orange Is The New Black) and the team of Liz Flahive and Carly Mensch. The latter two worked together on Nurse Jackie, while Flahive has worked on Homeland and Mensch with Kohan on OITNB. Hayden will work with these women as a story consultant and Executive Producer.

While the series will feature predominantly actresses (much like the original series), it will also have it’s share of actual pro wrestlers in the series. Chavo Guerrero is working backstage in the training department (much like his uncle Mando Guerrero did with the original series in 1986) and former WWE Superstar Alex Riley has a small part in the series as well. But one of the principal characters in the “promotion”, the flamboyant Tammé, is portrayed by Kia Stevens, best known as Awesome Kong in Impact Wrestling (or Amazing Kong in Shimmer and the indies) or Kharma in the WWE.