The Dallas Stars waived forward Valeri Nichushkin Saturday with the intention of buying out the final year of his contract. The buyout will cost Dallas $700,000 this season and $450,000 next season. Nichushkin returned to the Stars from the KHL prior to this season, but failed to record a goal all year. He’ll become an unrestricted free agent on July 1st, and there’s a strong possibility Nichushkin goes back overseas.

The Dallas #Stars have placed Valeri Nichushkin on waivers for the purpose of a buyout.

Because Nichushkin is less than 27 years old, his buyout ratio is reduced to 1/3 (instead of 2/3), resulting in a lower cap hit

Nichushkin has played four years in the NHL, but played in the KHL for two seasons from 2016 to 2018. Over that period, Nichushkin has solely played for the Stars. He has put up 23 goals and 51 assists for 74 career points in 223 career games. He was originally drafted in the first round, tenth overall of the 2013 NHL draft by the Stars.

Last season he scored no goals and ten assists for ten points. He had no penalty minutes tallied. His possession numbers were 48.9 percent Corsi and a relative Corsi of 0.9.

With high expectations, Nichushkin floundered this year in Dallas. One has to think he’s played his last NHL game. He fared much better in Russia playing for CSKA Moscow, tallying 51 points in 86 games over two seasons. It’s probably best for Nichushkin to return to his home country and carve out a career there.

For the Stars, however disappointing it is that Nichushkin didn’t work out, the buyout frees up a bit more cap space this season for them to be flexible in free agency. They’re already linked to Sharks captain Joe Pavelski, and this enables them to offer him a little bit of extra money. 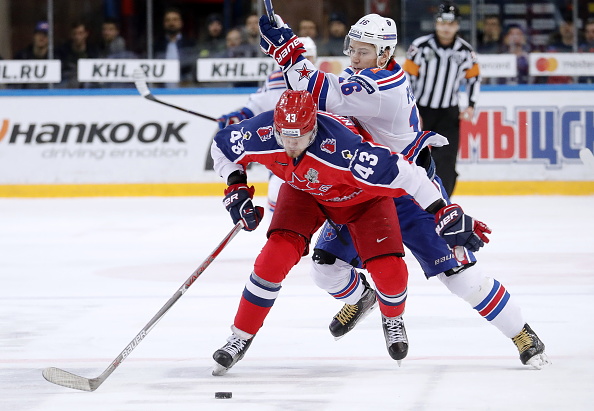