The San Jose Sharks have announced that captain Joe Pavelski will be out for an uncertain amount of time as he’s dealing with a lower-body injury. Head coach Peter DeBoer announced the news after the Sharks 7-3 loss to the Vegas Golden Knights.

#Sharks captain Joe Pavelski will be out of the lineup “a little longer than day to day” with a lower-body injury.https://t.co/BdhFaKlSt6

It’s uncertain when Pavelski suffered the injury. However, he was held out of the game against the Golden Knights because of it.

In 72 games this season, Pavelski has scored 37 goals and added 26 assists for 63 points. He is just four goals shy of tying his career-best 41, which he set during the 2013-14 season. However, it’s doubtful he will be able to set a new personal best because of the injury.

The 34-year-old was originally drafted by San Jose in the seventh round, 205th overall in the 2003 NHL Entry Draft.

Losing Pavelski is a tough pill to swallow for the Sharks, as they are currently in a dog fight with the Calgary Flames for first place in the Pacific Division. While their playoff spot is all but guaranteed, with the club only needing one more point to clinch. Finishing first and guaranteeing home-ice advantage at least until the Stanley Cup Final is something the Sharks will certainly want to accomplish. It will also help them avoid a first-round matchup with the Vegas Golden Knights, who had their way with the Sharks on Monday night.

With Pavelski out, Joonas Donskoi drew back into the lineup. Donskoi was a healthy scratch in Saturday’s 4-2 loss at the hands of the Nashville Predators. Donskoi will look to seize the opportunity and work himself back into the roster, as he seems to be the odd man out since the Sharks acquired Gustav Nyquist.

In 72 games this season, Donskoi has scored 14 goals and added 20 assists for 34 points.

The Sharks next game is Thursday night where they will play visitor to the Los Angeles Kings. 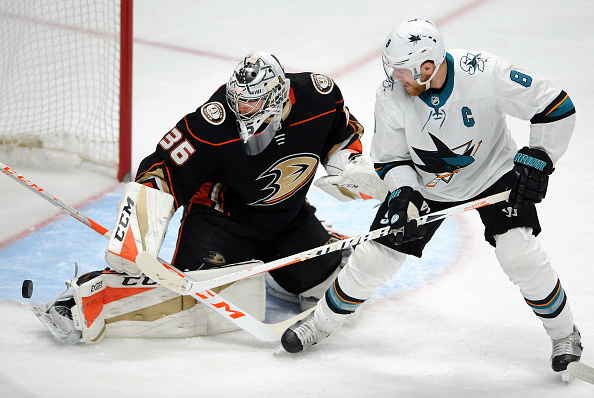