It seems that every week in Italy, there is a major fixture worth watching. This time around, there are at least three. Fiorentina play Inter on Saturday night and then there is a Sunday doubleheader. Atalanta against Lazio is enticing whilst the crème de la crème is the battle between Serie A leaders Napoli and Jose Mourinho’s Roma. 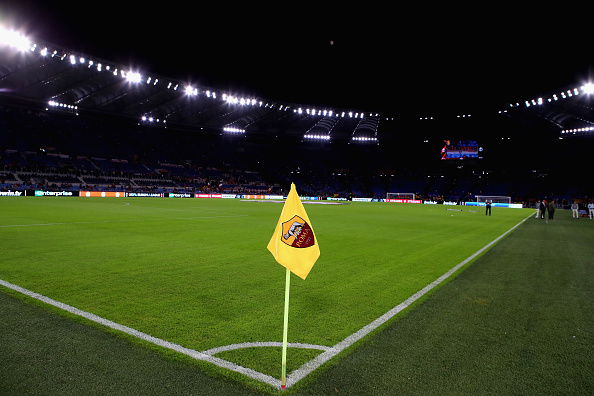 Napoli and Roma are the two of the biggest teams in the Italian landscape and so their current form doesn’t come as a total shock. At the same time, for the former to be Serie A leaders and undefeated, plus the latter have won four of the last five. These are no mean feats.

A fair few of the Napoli results have come against lesser sides, but they have taken a couple of major scalps. Luciano Spalletti’s side beat both Lazio and AC Milan by a scoreline of 2-1 away from home. They have already prevailed once at the Stadio Olimpico, fighting back against Lazio after falling behind early. Two excellent summer arrivals in Kim Min-jae and Khvicha Kvaratskhelia found the back of the net to secure a big three points.

On to Napoli’s opponents in this one and Roma have performed well following an embarrassing 4-0 defeat at the hands of Udinese. Since then, they’ve won four out of five in the league whilst accumulating just four points in the Europa League. A 1-0 defeat to Atalanta was the outlier there and a 2-1 win over Inter at the San Siro was the highlight. Federico Dimarco gave the Nerazzurri the lead before Paulo Dybala and Chris Smalling changed the game.

Since the start of 2020, Napoli and Roma have gone head-to-head in the league five times. The current Serie A leaders Napoli have got the better of the fixture, winning three and drawing two. The two draws came last term with the pair impossible to split.

An early Lorenzo Insigne penalty set the Little Donkey on their way but Stephen El Shaarawy struck a hammer blow at the death. In the reverse fixture in the Eternal city, there weren’t any goals but both Jose Mourinho and Spalletti did get shown red cards on the touchline. Belgian Dries Mertens scored three times across the three wins, including the third in a 4-0 drubbing at the Stadio Diego Armando Maradona.

Read More: Khvicha Kvaratskhelia: The Story of the New Star Emerging for Napoli

Who Can Make the Difference for the Serie A Leaders?

The standout man for Napoli has been, without a doubt, Khvicha Kvaratskhelia. Their changing of the guard post-Insigne and Mertens has been hugely impressive. Victor Osimhen had already begun to replace the latter whereas Insigne, now of Toronto FC, has been replaced by a Georgian star. Kvaratskhelia has five goals and three assists in the league, his goal tally being bettered only by Ciro Immobile, Dusan Vlahovic and Marko Arnautovic.

Kvaratskhelia isn’t the only difference maker for the Serie A leaders, as they have made a great move to bridge the gap following Kalidou Koulibaly’s move to Chelsea. Kim Min-jae is the man in question, he has scored two big goals already for his new side as well as being dominant at the heart of the defence.

Kim Min-jae is a no-nonsense CB who is always on the front foot. This allows him to read plays and time his moves perfectly to either clear the ball away from danger or intercept a potential dangerous attack & alleviate pressure from the Napoli defence.https://t.co/0u4ov6IaXI pic.twitter.com/OnT8tpPXwv

The South Korean will have to be on his best form against the Giallorossi given the forward options Mourinho has amongst his ranks. Last year, Tammy Abraham was doing it all on his own from time to time but the arrival of Paulo Dybala has taken Roma to another level. This duo, along with Lorenzo Pellegrini and Nicolo Zaniolo, can cause a huge threat.

Abraham has only managed two league goals to date with Dybala coming to the fore on seven, which is 0.79 goals per 90 minutes. The Englishman will be hugely under the microscope as Dybala is injured, to the point that he could miss the Qatar World Cup. A goalless draw was the outcome in this fixture last term yet this seems very unlikely given the attacking talent on display. Serie A leaders Napoli can show further signs of intent when it comes to chasing down that elusive Scudetto.