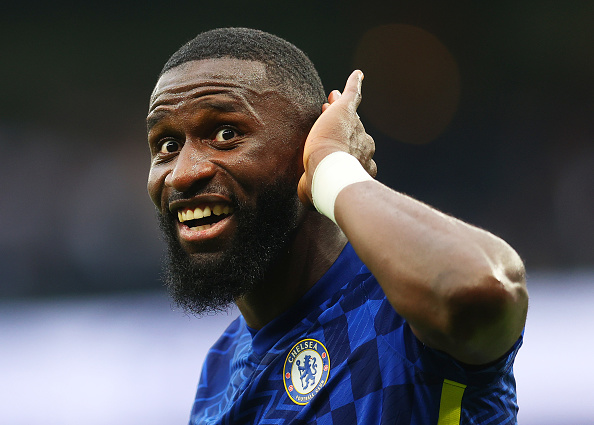 Antonio Rudiger has reiterated his happiness at being a Chelsea player, but the central defender is still no closer to agreeing a new contract at Stamford Bridge.

Speaking after his side won the Club World Cup by defeating Palmeiras in the United Arab Emirates, the Germany international suggested that decisions made by others at the club will hold the key to his future.

Defender Has Been at Chelsea Since July 2017

Rudiger joined the Blues from AS Roma in July 2017, and has made 183 appearances for the club. The defender’s trophy haul at Stamford Bridge is impressive, with the Club World Cup adding to the FA Cup, Europa League, Champions League and UEFA Supercup successes he has also enjoyed as a Chelsea player.

Despite enduring mixed fortunes under previous manager Frank Lampard, Rudiger has excelled since the arrival of Thomas Tuchel as the club’s head coach, but is still no closer to agreeing a new contract with his existing deal set to expire at the end of the season.

Discussing developments over his future, Rudiger said: “I feel great here, I have always said it. I think the way I play [shows] you can see that I’m happy here.”

However, the 28-year-old cast doubt over where he will be playing at the start of next season by adding: “But there are also other people who have to make decisions.”

Their victories in the UAE have left Chelsea with some catching up to do on English soil upon their return to domestic competition. Thomas Tuchel’s side have now played a game fewer than Premier League leaders Manchester City, and will attempt to revive their slim title hopes between now and the end of the season.

There is currently a 16-point gap between Pep Guardiola’s side and Chelsea, with Liverpool having emerged as the table-toppers’ likeliest challengers for domestic supremacy.

Rudiger and his Chelsea team-mates will take on London rivals Crystal Palace in the top-flight at the weekend, before turning their attentions towards the Champions League and the visit of Lille in the last-16.