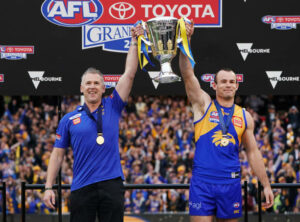 The West Coast Eagles edged the Collingwood Magpies in a thrilling AFL Grand Final at the MCG 79-74. Trailing for most of the game, the Eagles recovered from a slow start to tie things up heading into the final term, and then edge the Pies in a result that further confirmed their tremendous regular season […] 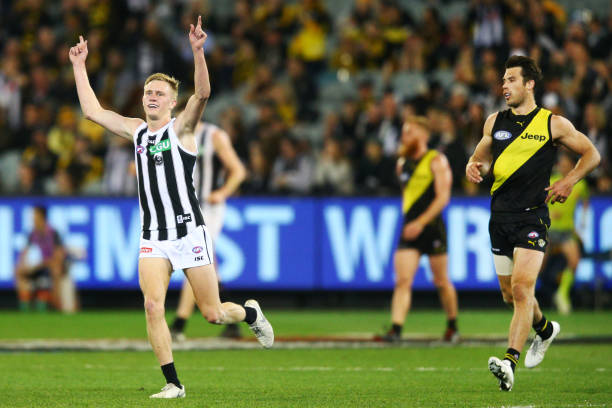 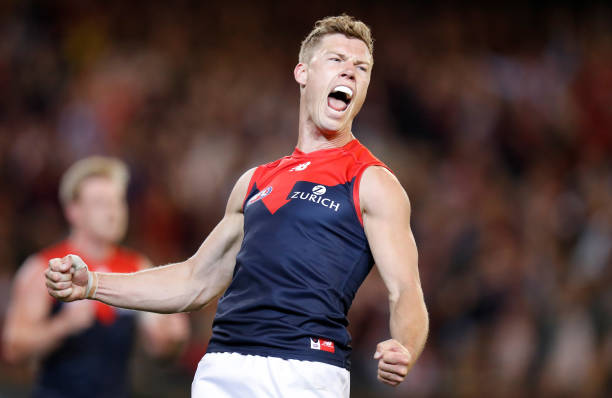 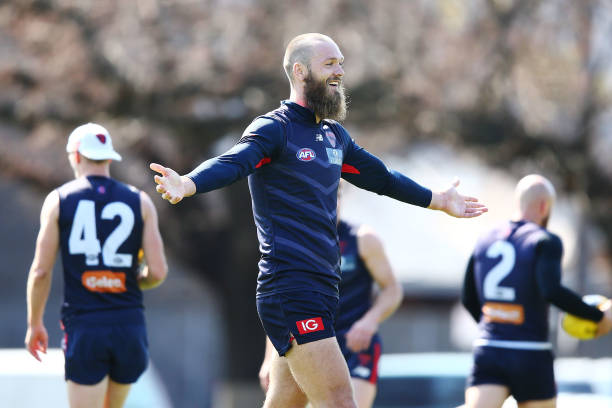 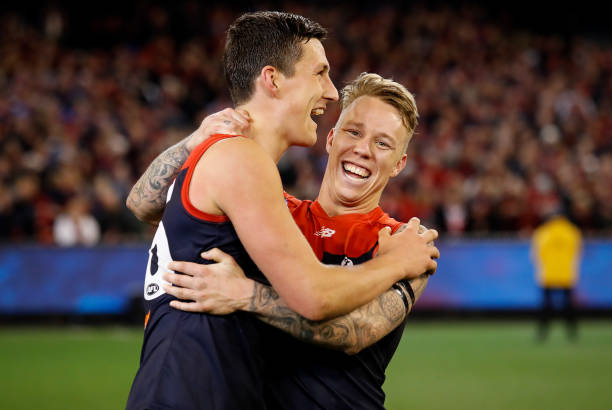 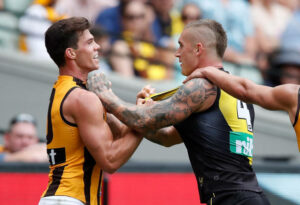 AFL Finals Series Kicks Off with Richmond vs Hawthorn

The AFL finals series for 2018 kicks off Thursday with defending flag winners Richmond taking on a red hot Hawthorn side at the MCG. The other double elimination game is West Coast taking on Collingwood in Perth. The loser of Melbourne vs Geelong and Sydney vs GWS Giants will be eliminated. Richmond vs Hawthorn (Thursday […] 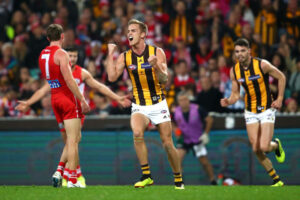 AFL Round 23, the final round, wrapped up as the top 4 places resolved themselves and the top 8 qualifiers remained the same. Here is your look at all the action. Hawthorn and Collingwood Wins Secure Final Top 4 Positions Embed from Getty Images Hawthorn claimed the win of the round, nipping fellow finals qualifiers […] 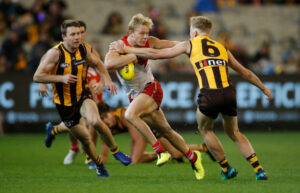 Top 4 Finishes On the Line In AFL Round 23

AFL Round 23 is the final regular season round and heading into finals, the top 8 looks to be set, while the top 4 is still partially in flux. Here is your look at all the action, including some players bidding their farewells to the AFL. Port Adelaide vs Essendon (Friday at the Adelaide Oval) […] 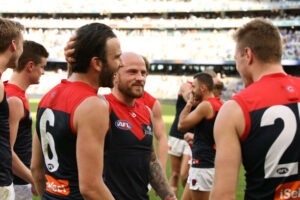 Top 8 Nearly Settled, Top 4 Still in Flux After AFL Round 22

AFL Round 22 is in the books and here is your look at everything that happened in a pivotal round. Geelong Has a Record Setting Win Against Freo Embed from Getty Images In a game so lopsided they won’t soon forget it, the Geelong Cats moved a win away from finals with a 158-29 drubbing […] 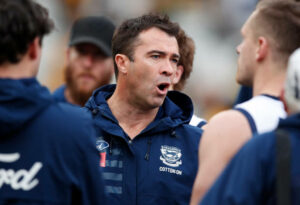 AFL Round 22 Features Melbourne, Sydney, and Geelong Fighting for Finals

AFL Round 22 is the second to last round before finals and with a host of teams still in contention for a finals finish it promises to be a must watch round. Richmond vs Essendon (Friday at the MCG) Embed from Getty Images Despite a host of injuries the ladder leading Tigers should be favored […] 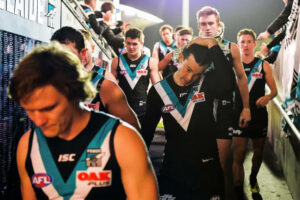 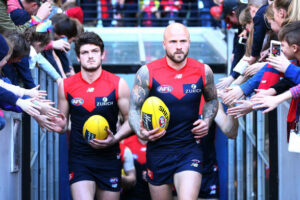 AFL Round 21 is here and we’re just three rounds away from Finals. Here is your look at all the action as the regular season winds down. Essendon vs St. Kilda (Friday at Etihad Stadium) Embed from Getty Images There’s no question about it, Essendon has to win this game (and win out) to reach […] 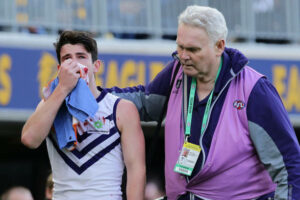 Close Finishes and A Sucker Punch Highlight AFL Round 20

Tigers Keep Cats Out of the 8 With Win Embed from Getty Images Gary Ablett missed a sitting chance late as Richmond nipped Geelong 85-82 in a game they led throughout but still nearly fell to defeat in at the MCG as the 9th placed Cats hung in tough with the first place Tigers. Kane […] 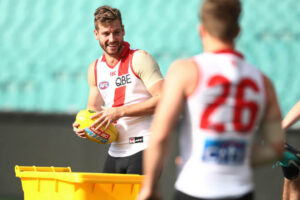 AFL round 20 starts Friday as the race for finals and the race for top 4 positioning is fully on. Here is your look at all the action. Richmond vs Geelong (Friday at the MCG) Embed from Getty Images Richmond will be favored in this matchup, though a win for Geelong would really help them […] 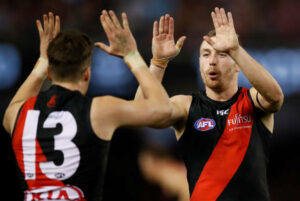 AFL Round 19 is in the books as Essendon, Melbourne, and North Melbourne claimed big wins to aid their finals hopes in round 19. Port Adelaide’s win also boosted them into the top 4. Here is your look back at all the action. Geelong, Hawthorn, and Melbourne In The Top 8 With Wins Embed from […] 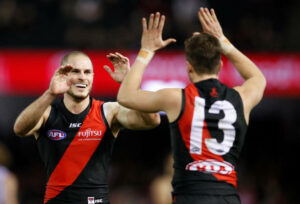 Finals Contenders Face Off in Pivotal AFL Round 19 Clashes

Numerous AFL finals contenders will face off in round 19 as this round promises to be a bruising battle with the potential for upsets. Essendon vs Sydney (Friday at Etihad Stadium) Embed from Getty Images The 11th place Bombers are just 2 games off the 4th place Swans with Essendon having roared back into finals […] 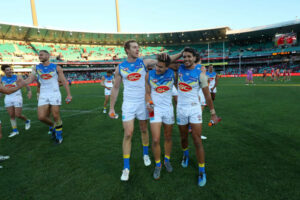 AFL Round 18 is in the books, here is your look at all the action. Suns Stun Swans in AFL Round 18 The Gold Coast Suns have endured a miserable season, but an upset win over Sydney helps show fans and players alike there is a light at the end of the tunnel. The Suns upset […] 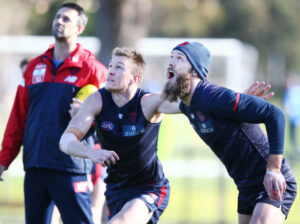 Geelong and Melbourne Battle For Finals in AFL Round 18

AFL Round 18 is upon us, here is your look at all the action this week. St Kilda vs Richmond (Friday at Etihad) Embed from Getty Images St. Kilda has had a rough season but they were competitive against Richmond earlier this year. The Tigers need to win to ensure they remain top of the […] 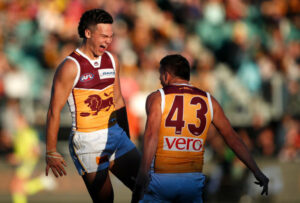 Wins for the Brisbane Lions and West Coast highlight the AFL Round 17 wrap up. Crows, Giants and Bombers Stay in Finals Hunt With Victories Embed from Getty Images Realistically there are 12 teams contending for 8 finals spots, (which can be whittled down to 10 teams contesting 6 remaining spots based on the current […] 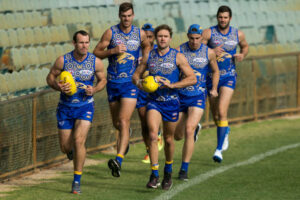 AFL Round 17 features a slate of interesting games that could result in some upsets, while Collingwood vs West Coast Eagles is the big top 4 clash this week. Here is a look at all the games with predictions. Adelaide vs Geelong (Thursday at Adelaide Oval) Embed from Getty Images Adelaide sit a full 2 […]