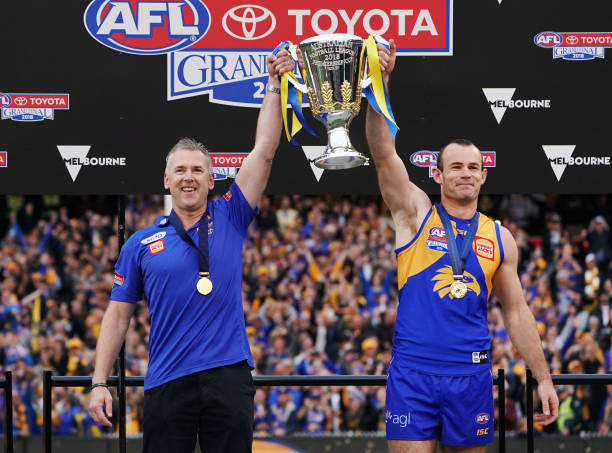 The West Coast Eagles edged the Collingwood Magpies in a thrilling AFL Grand Final at the MCG 79-74. Trailing for most of the game, the Eagles recovered from a slow start to tie things up heading into the final term, and then edge the Pies in a result that further confirmed their tremendous regular season form continued through the entire finals series. When healthy, these Eagles are the best the AFL has to offer with talent in every line, and flair to spare.

Midfielder Luke Shuey won the Norm Smith medal, leading the Eagles back from a 30+ point deficit in the first term with 34 disposals, 8 tackles, and 1 goal. The Eagles didn’t hit the front until the third term as Collingwood led by 2 goals at the half. Pies midfielders Taylor Adams and Adam Treloar don’t deserve any of the blame for the loss, as Treloar posted 26 disposals and 11 tackles, and Adams had 31 disposals and a goal. Jordan De Goey (3 goals), Mason Cox, and Jaidyn Stephenson (2 goals each) led the Pies scoring, while Steele Sidebottom struggled and was a non-factor. Josh Thomas had a leg injury, and ruck Brodie Grundy was outmuscled by the Eagles duo of Nathan Vardy and Scott Lycett, even while dominating hitouts.

For the Eagles, leading goal scorer and former Coleman medalist Josh Kennedy stood tall,  kicking 3 goals, beyond that it was a team effort on the scoreboard with Willie Rioli, and a host of others kicking a goal. Dom Sheed kicked the game winner from the boundary with just under 2 minutes to play, after an incredible mark from Liam Ryan set up Sheed’s mark. Sheed was another standout with 32 disposals.

The result means West Coast has won it’s 4th flag, the first flag since 2006. Collingwood stays at 15 flags, having lost two finals since their last premiership in 2010.