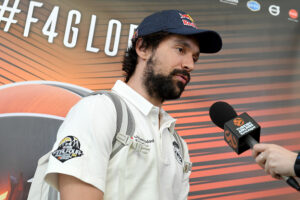 While the NBA Playoffs have reached the conference finals, the Euroleague is also reaching its climax. The Euroleague Final Four tips off this Friday, May 17. The single-game-elimination matches will begin with Fenerbahce Beko and Anadolu Efes, both based out of Istanbul. That game begins at noon, and should prove to be a good one. […] 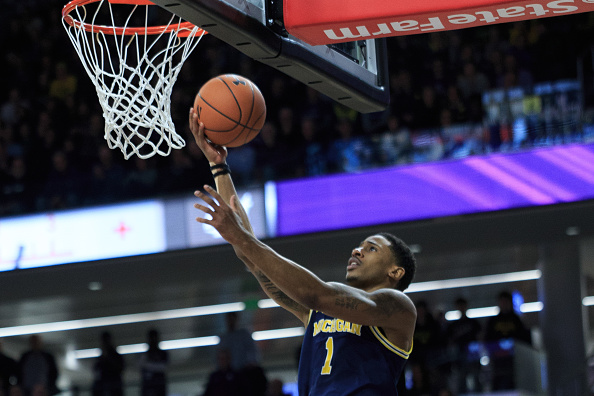 Euroleauge Giants FC Barcelona and Panathinaikos Sure to Make a Splash

2016 Rio Olympics Men’s Basketball Preview: France Four years ago in London, France, the French National Team entered the Olympics as one of the main contenders. A semi-final spot was certainly achievable, but France fell just short of achieving their goal. France were beaten by rival nation Spain, in the quarter finals 59-66; in a game which […]

The Canadian National Basketball Team has done what most basketball fans was impossible; they failed to qualify for the Rio Olympics. The country that has had a surge of basketball talent in the last couple of years has yet again failed to put it all together. The team management of Steve Nash and Rowan Barrett […]

The Growth of CIS Basketball

Basketball in Canada is an ever growing commodity, highlighted by its biggest rivalry, The Carleton Ravens versus the Ottawa University Gee-Gees.

The LSU Tigers haven’t had the kind of prominence in the SEC, or the country, for that matter since the days of Pete Maravich, Shaquille O’Neal and former coach Dale Brown. Mired in mediocrity, in a conference dominated by the Kentucky Wildcats, the non-football team in Baton Rouge was not ‘grabbing’ headlines in NCAA basketball. […]

Breaking: Kobe Bryant to Retire After the Season

Kobe Bryant announced his retirement tonight, as one of the most transcendent players to ever play to sport says he will retire after the season. 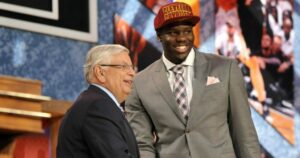 Anthony Bennett and the Curse of Being Drafted First Overall

As anyone familiar with the work of Andrea Bargnani, Kwame Brown and Michael Olowokandi knows, number 1 overall picks don’t always work out. What about recent first overall pick Anthony Bennett? Bargnani, taken first overall in 2006 (ahead of Rajon Rondo, Brandon Roy and LaMarcus Aldridge), was supposed to be the next Dirk Nowitzki. But, […]

In this article I will map out my best possible team, compiled of players currently competing in the FIBA EuroBasket 2015 tournament. The team will have twelve players. Five starters, a sixth man, four positional backups and two wildcard player choices. So in a way you could call it a squad, but let’s stick with […]

Kobe Bryant is one who is used to diversity in situations and sometimes best served by those situations which to him are nothing more than usual. When you sit down with Kobe Bryant and not discuss the likelihood of retiring, the conversation piece may not feel complete. But to compete is something he knows all […]

Andrew Nicholson had a dominant performance for Canada putting up 31 points and adding 9 rebounds and Jamal Murray and Anthony Bennett came on late, as Team Canada got the victory over the United States by a score of 111-108 in the Men’s Basketball Semi-Final on Friday in the former Maple Leaf Gardens. Canada defeats United […]

The Canadian Women’s Basketball team rode a dominant performance from Kia Nurse, pouring in a game high 33 points on 59% shooting to defeat the United States 81 – 73 on Monday night and win the Pan Am Gold Medal at the Mattamy Athletic Centre (formerly known as Maple Leaf Gardens). Consider that the next […]

Recap, Thoughts, and Grades for the United States’ U19 FIBA World Championship Team

The Fourth of July weekend served the United States well this year, highlighted by the American women winning the World Cup 5-2 over Japan (U-S-A!). Under the radar was the Under-19 United States Men’s basketball team, as they competed for the U19 FIBA World Championship.   Recap: The American men beat Iran, Croatia, — we’ll […]

Welcome back to LWOS NBA Draft Coverage, the daily column that brings you the next crop of professional basketball players.  Each day The LWOS Basketball department will bring you a new player profile or topical article in the lead-up to the 2015 NBA Draft.  Be sure to bookmark the site, follow us on Twitter, and spread the word […]

NBA DRAFT: EMMANUEL MUDIAY DRAFT PROFILE. Mudiay elected to play in China rather than the NCAA college system. Muddily is likely to be a top ten pick