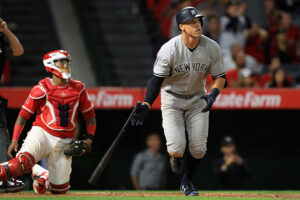 The Judge’s Power: A look at Aaron Judge

The cheer of “All Rise” rings through the House that Jeter renovated, as the Bronx fans await to see if Judge’s Power goes 500 feet or more. 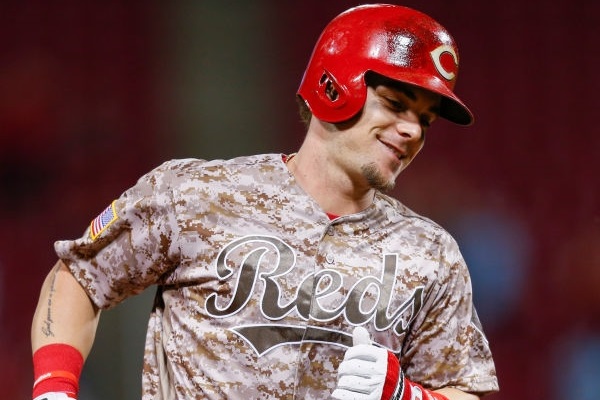 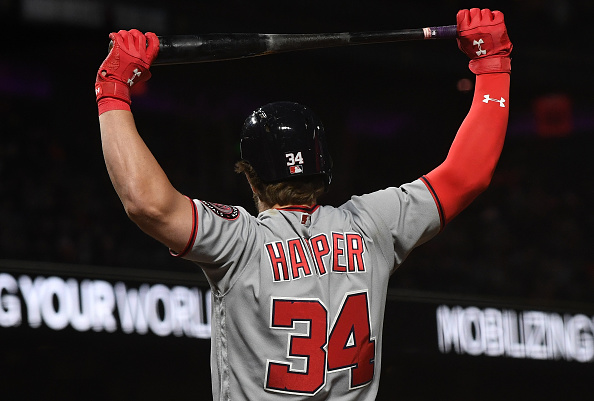 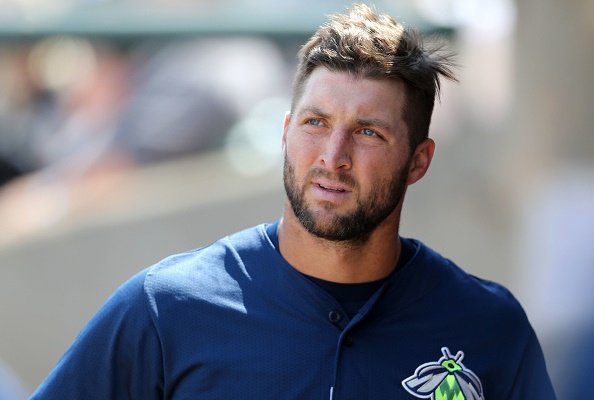 Baseball Poetry: Tebow at the Bat 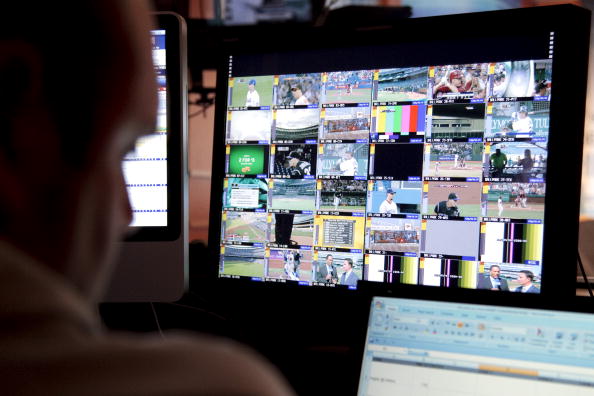 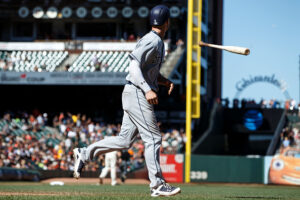 By Joe Hojnacki – Last Word On Baseball Joe Hojnacki and Greg Hessen are back to get your Memorial Day Weekend started off right with discussions of bat flips. Joe is a little angry thanks to a series of articles by Mike Edwards, while Greg is being an old guy who sucks the fun out […] 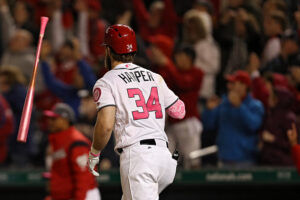 With Jose Bautista reopening the bat flip debate last Wednesday in Atlanta, we look at the criteria for what causes a flip of the bat to cross the line. 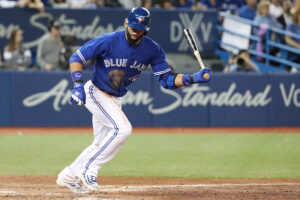 Fair or Foul: The Criteria for Respectful Bat Flips (Part I)

With Jose Bautista reopening the bat flip debate last Wednesday in Atlanta, this two part article examines the criteria for how bat flips can cross the line. 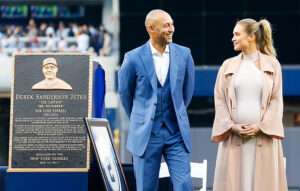 By Joe Hojnacki – Last Word On Baseball Derek Jeter saw his number retired and was given a rather goofy-looking plaque in Monument Park at Yankee Stadium. While most baseball people took this opportunity to praise The Captain for his many accomplishments, Joe Hojnacki had to take the time to rain on that parade and […] 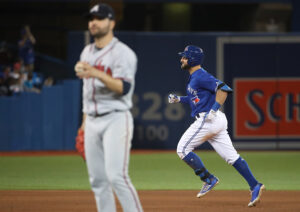 By Dave Mitchner – Last Word On Baseball The Unwritten Rules Baseball is a simple game, the pitcher throws a leather covered ball of twine and the batter hits it with a sturdy stick of wood. The issue is that the players have a code, the so called “unwritten rules of baseball”. These “rules” are […] 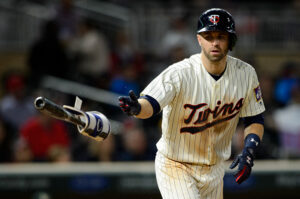 MLB Slow Starts Worth Worrying About

By Andrew Miller – Last Word On Baseball Over a month through the new MLB season, many stars are still struggling to find their form. While no season is defined by one month of baseball, these four players are having slow starts worth worrying about. MLB Slow Starts Worth Worrying About Brian Dozier Dozier is […] 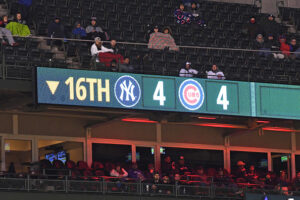 By Joe Hojnacki – Last Word On Baseball Sunday night’s Chicago Cubs-New York Yankees contest on ESPN turned into a marathon. The game finally ended in the 18th inning when the Yankees pushed across a run to end the impromptu double header. This brought the discussion of extra innings to the forefront thanks to the national television […] 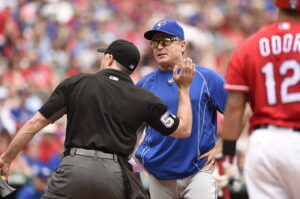 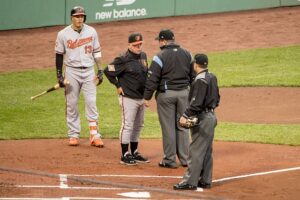 By Joe Hojnacki – Last Word On Baseball Joe Hojnacki begins by expressing his embarassment to be a Boston Red Sox fan amidst the racist jeers aimed at Adam Jones from a small minority of the Fenway crowd. He and Greg Hessen eventually go over the worsening New York Mets injury crisis, as they lose […] 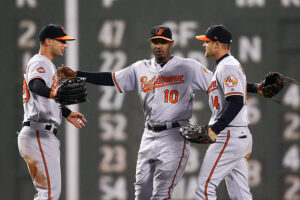 By Dave Mitchner – Last Word On Baseball History of Racial Abuse Seventy years ago last month, Jackie Robinson broke the color barrier in the modern MLB era. The racial abuse that he took throughout his career is quite well known. Had it not been for a Hall of Fame shortstop from Louisville, Kentucky, Jackie’s […] 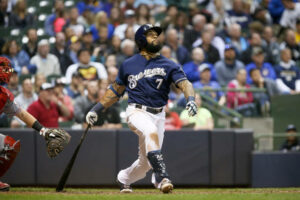 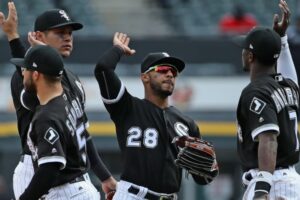 By Graham Anderson – Last Word On Baseball American League April Review The 2017 MLB season is underway and the American League standings are showing that this season will be full of surprises and many ups and downs. The New York Yankees, Chicago White Sox, and Houston Astros all lead their respective divisions. While the […] 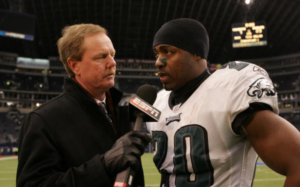 Yesterday’s ESPN layoffs sent shock waves around the sports world. The layoffs come as a result of consumer demand and the evolution of sports journalism. 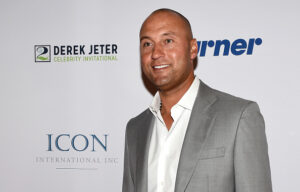 Report: Miami Marlins to be Sold to Bush/Jeter Group

By Dave Mitchner – Last Word On Baseball New Ownership on the Horizon for the Miami Marlins A consortium headed by Jeb Bush and Derek Jeter are in negotiations to buy the Miami Marlins after winning the bid on Tuesday. Jeffery Loria has owned the team since 2003, when he purchased the team for $158 million, […] 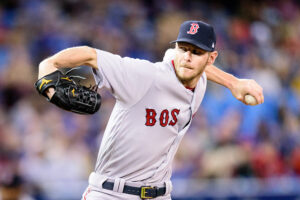 Ranking the 10 Most Dominant Pitchers So Far

By John McMicken – Last Word On Baseball The 2017 MLB season is well underway and it is very clear which pitchers are driving their teams. Dominant pitchers can will their squads to the playoffs. If these ten players continue to perform as they are now, the Cy Young race should be pretty tight at season’s end. […]