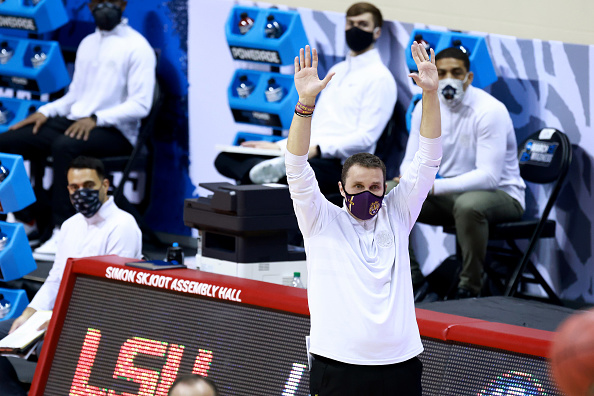 Saturday’s LSU-TCU basketball game in Fort Worth, Texas gave the Tigers a chance to get on track. After losing three of their last four games, Will Wade’s team needed a momentum shift. But the Horned Frogs took control early and lead 38-29 at the half. LSU would make a comeback in the second half to […] READ MORE 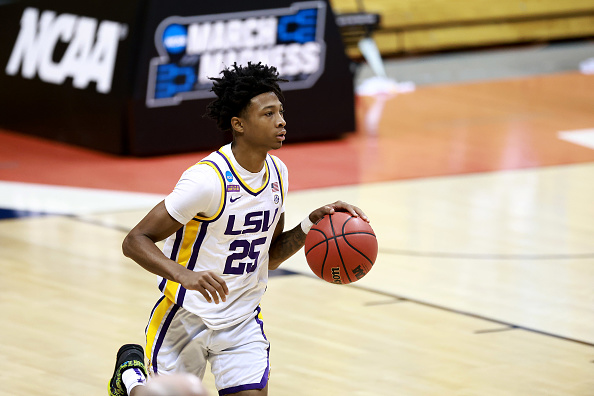 Tuesday night’s LSU-Kentucky game was a crucial one for both schools. Following a crushing loss to Auburn last week, the Tigers needed a big-time SEC win. Inside the Pete Maravich Assembly Center, LSU walked away with a 65-60 victory. LSU fell to #21 in this week’s AP poll, and the Wildcats are the SEC’s third-highest […] READ MORE

The LSU Basketball program is getting disrespected early in the season. Heading into Saturday’s game against Georgia Tech, the Tigers are a perfect 8-0. Coming off two wins at the Emerald Coast Classic and a win over Ohio, Will Wade has the program in a position to be successful in 2021-22. LSU Basketball is Being […] READ MORE 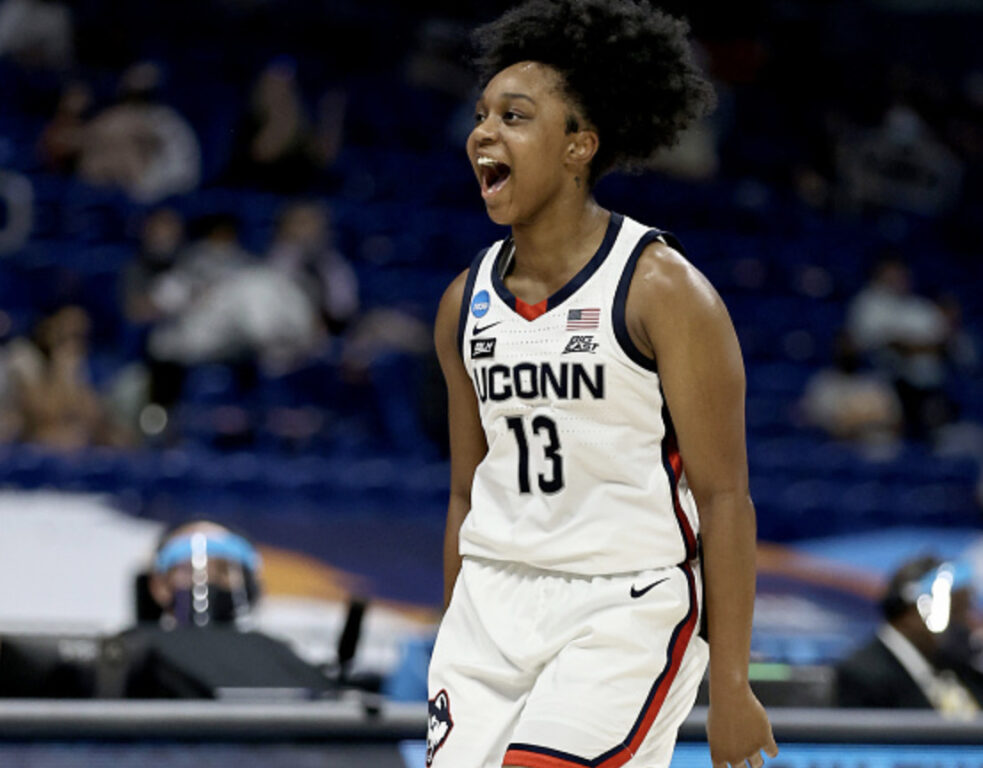 The 2021 NCAA Women’s Final Four tips off on Friday evening. Three number one seeds have advanced and one three seed rounds out the final four teams. South Carolina, UConn and Stanford are the three one-seeds. Arizona is the three seed that made it this far. On Friday, two of these teams will advance to […] READ MORE 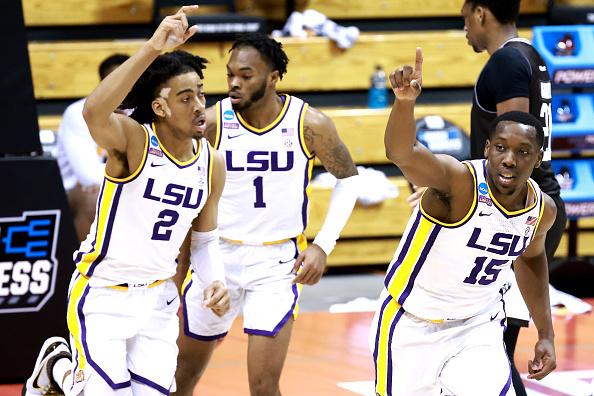 The LSU Tigers 2020 basketball season saw the program back in the NCAA Tournament. But it didn’t come without a rough patch in the season. LSU had trouble in conference play as Alabama swept the Tigers in the regular season. The program also lost to Florida in a game that played a factor in the […] READ MORE 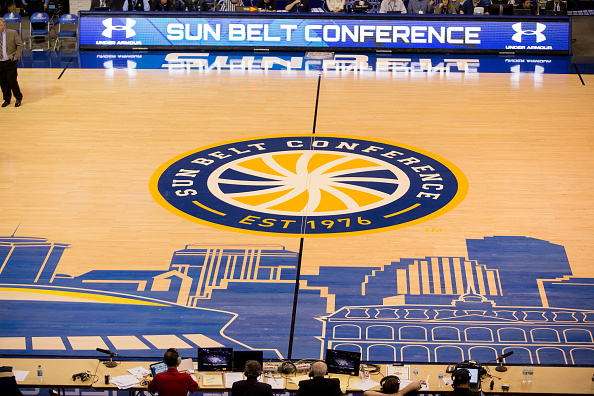 Alexus Dye has grown into one of the best players in the Sun Belt Conference during her time with the Troy Trojans. The senior was named Sun Belt Conference Player of the Week for last week after she dropped two double-doubles. Against Georgia Southern, Dye scored 17 points and 12 rebounds in the Trojans’ first […] READ MORE 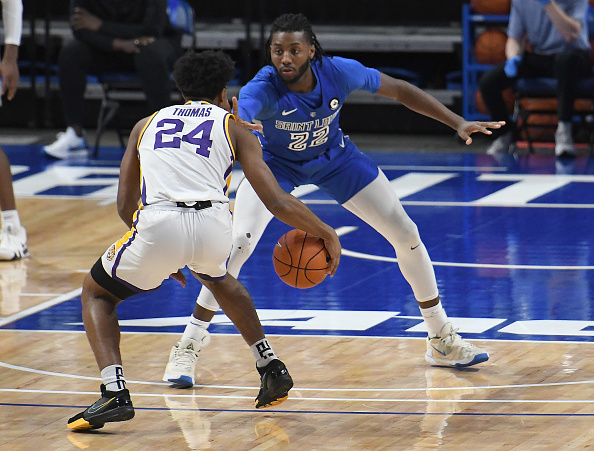 Cam Thomas has become a national household name for the LSU Tigers basketball program. On Tuesday night, LSU defeated the Texas A&M Aggies 77-54 as the freshman scored 32 points. He becomes the first SEC player in 25 years to score more than 15 points in seven straight games. While his defensive game is good, […] READ MORE 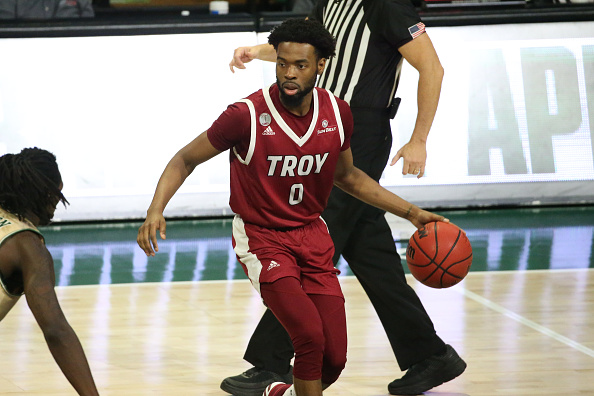 The Troy Trojans basketball team enters Sun Belt Conference play with a 5-4 record. This marks just the second time the Trojans have a winning record under head coach Scott Cross. The first time was in early December when the team was 4-3 before a loss at Auburn. In just his second year, Cross is […] READ MORE 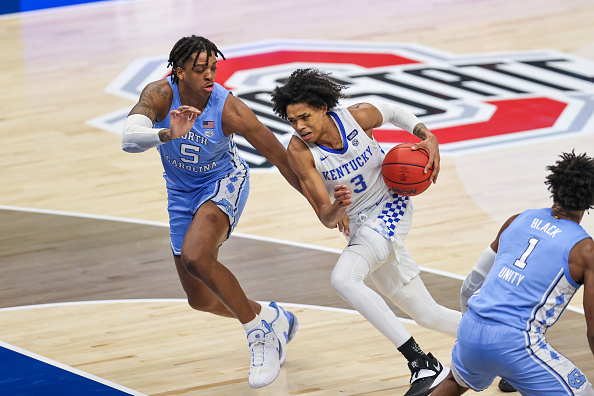 The Kentucky Wildcats basketball team hasn’t gotten off to the best start in 2020-21. Kentucky is just 1-6 entering the start of SEC play. Their first conference game against South Carolina was postponed due to virus issues within the Wildcats program. But, that may be a sigh of relief for John Calipari and the team. […] READ MORE 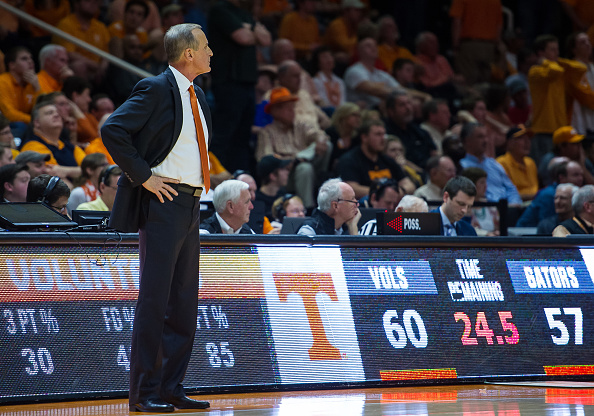 The SEC basketball contenders this season include a few teams that haven’t made the NCAA Tournament in a few years. While the blueblood Kentucky Wildcats are having a down year so far, other teams are taking claim of the conference. Conference play begins this week, and this conference is primed to have at least two […] READ MORE