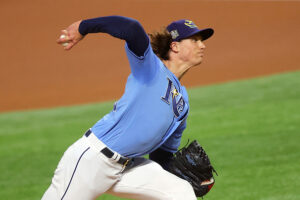 The Tampa Bay Rays success always begins with their pitching. After letting Charlie Morton move on, and trading away Blake Snell, there are definite questions heading into the 2021 season regarding the Rays rotation. So what exactly can we expect to see when the season rolls around? Let’s start right at the top. Opening Day […] 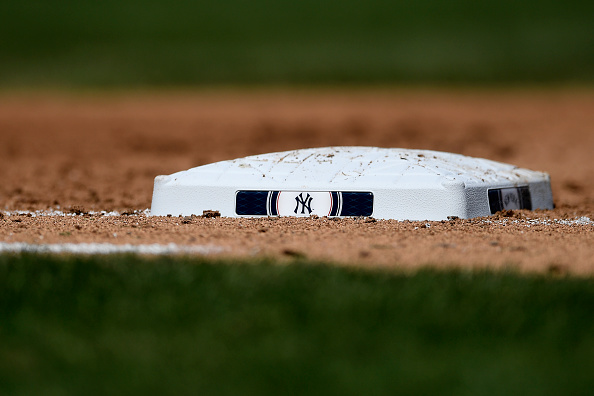 As Rivals Regroup, Yankees Look To Capitalize in 2021 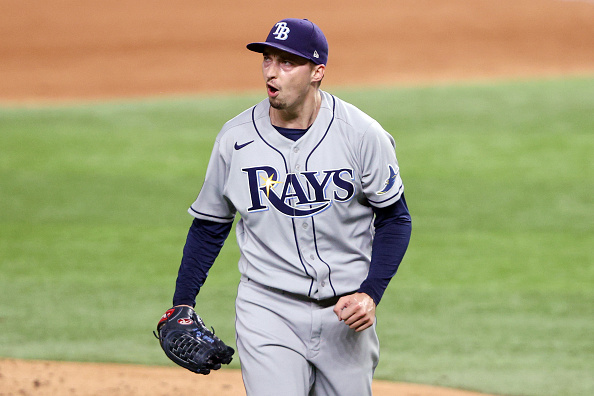 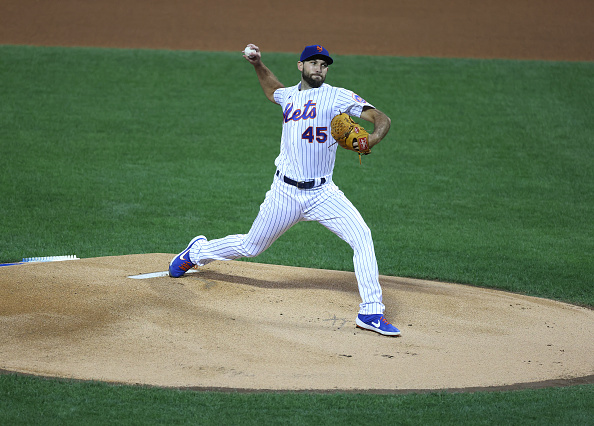 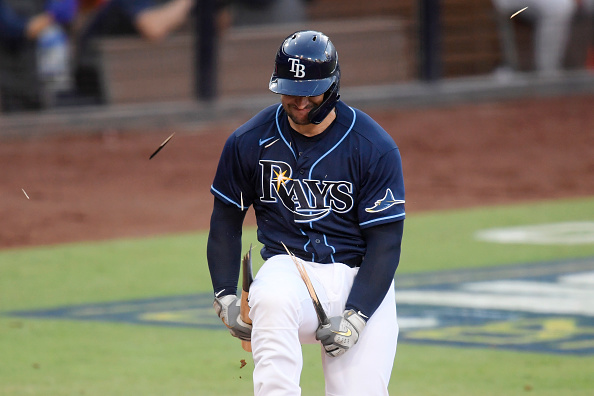 Mike Zunino Re-Signs with the Rays 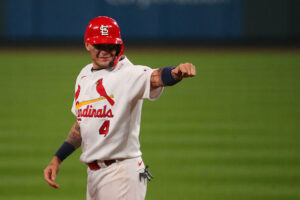 After nearly two decades in a St. Louis Cardinals uniform, Yadier Molina is a free agent for the first time in his illustrious career. Rarely do we see a catcher have such an incredible and long career, and want to continue playing. But of course, this is Molina we are talking about, one of the […] 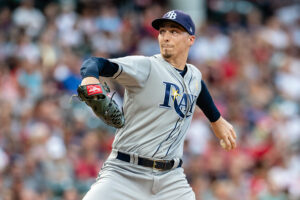 Braves Getting Blake Snell Would Be a Snell of a Trade

The Atlanta Braves have certainly added depth to their starting rotation recently with the signings of left-hander Drew Smyly and right-hander Charlie Morton, but that doesn’t necessarily mean they are done Christmas shopping. Could Blake Snell be a Christmas surprise for Braves fans? Braves President of Baseball Operations and General Manager Alex Anthopoulos continues to […] 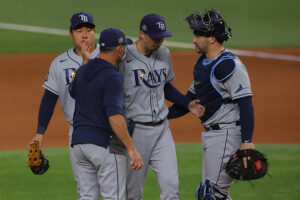 Tampa Bay Rays: Hindsight is Watching Leaks Spring Forth From the Dam

Hindsight is Watching Leaks Spring Forth From the Dam The Johnstown Flood This is a story about the 2020 Tampa Bay Rays and Game 6 of the World Series. In 1879 a bunch of rich men, including Andrew Carnegie, wanted to create a pleasure lake. They found an abandoned earthen dam in western Pennsylvania and […] 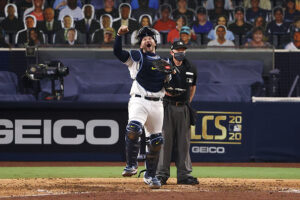 A second consecutive subpar season has doomed catcher Mike Zunino to the free-agent market going into 2021. It’s hard to imagine a bounce-back campaign, but the veteran backstop is one of the younger options at the position. He should be an inexpensive choice for the right team. Mike Zunino will turn 30-years-old before the 2021 […] 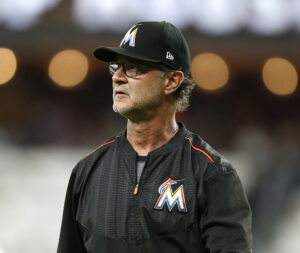 Kevin Cash of the Tampa Bay Rays and Don Mattingly of the Miami Marlins took home the AL and NL Manager of the Year awards Tuesday. 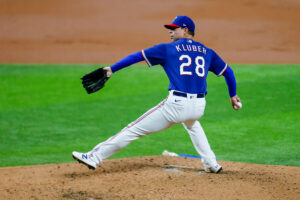 Once a high-profile ace for the Cleveland Indians, Corey Kluber finds himself on the free agent market as a potential bounce-back candidate for 2021. The two-time Cy Young award winner has made a combined eight starts since 2018. He will be 35 in April, but he showed no signs of slowing down in his most […] 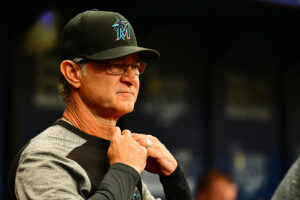 Rick Renteria, Don Mattingly Among Manager of the Year Finalists

One was fired after a winning season and another dealt with the first massive COVID outbreak. Nonetheless, Rick Renteria of the Chicago White Sox and Don Mattingly of the Miami Marlins were named Manager of the Year finalists announced Monday by the Baseball Writers Association of America. Kevin Cash of the Tampa Bay Rays, Charlie […] 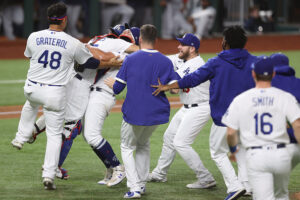 Dodgers 3, Rays 1 2020 World Series Game Six Dodgers Win Series, 4-2 After a managerial move that will be questioned for years to come, the Los Angeles Dodgers rallied to defeat the Tampa Bay Rays, 3-1, and win the 2020 World Series. This win Tuesday night in Arlington, Texas gave them their first World […]

Dodgers One Win Away from Title as Kershaw Beats Rays

Dodgers 4, Rays 2 Following Game Four’s excitement, Game Five was definitely must-see television. A rematch of Game One starters went the same way it did five days prior, with a Dodgers victory.  The Los Angeles Dodgers will have a chance to close out the series over the Tampa Bay Rays and hoist the Commissioner’s […]

Rays 8, Dodgers 7 2020 World Series Game Four Gonzalo Márquez. Francisco Cabrera. And now Brett Phillips. One of the beauties of baseball is that anyone can be a hero. Teams can’t send up their best hitter whenever they need a big play – they send up the next player in the batting order. So […] 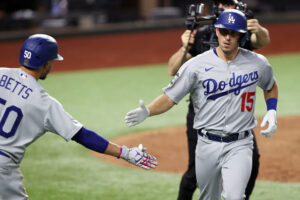 Dodgers 6 , Rays 2 The Los Angeles Dodgers beat the Tampa Bay Rays on Friday night to move to within two games of the World Series Title. They grabbed an early lead and never looked back. Justin Turner and Austin Barnes both hit solo homers while Walker Buehler dazzled on the mound. The win […] 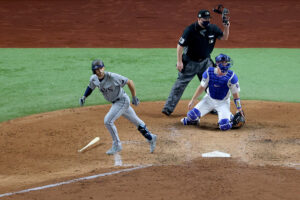 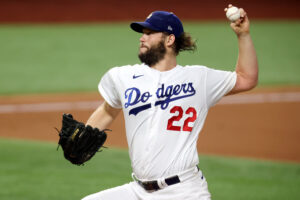 Dodgers Make Statement with Game One Rout Of Rays

Dodgers 8, Rays 3 The Los Angeles Dodgers and the Tampa Bay Rays matchup has been talked about as a classic David versus Goliath story. Chalk one up for Goliath in Game One. The Dodger bats took a little while to get going but when the night was over, they tallied 10 hits, and eight […] 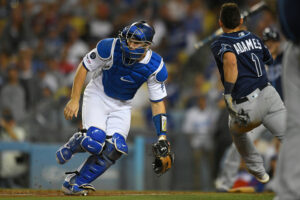 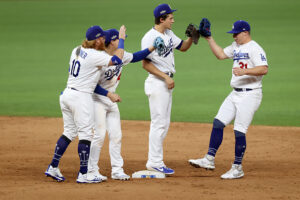 James Rowe Previews And Predicts The 2020 World Series The World Series, the mecca for baseball fans, has arrived. Although the COVID-19 pandemic caused a funky shortened season and novel, enlarged playoffs, the Fall Classic is here in its normal format. And, unlike those of many prior seasons, the 2020 version actually matches up the […] 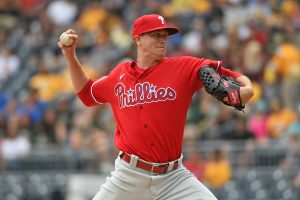 Kyle Gibson and the Baltimore Orioles have reached a deal on a one-year contract, sources telling ESPN’s Jeff Passan. The right-hander spent a season and a half with the Philadelphia Phillies, who acquired him from the Texas Rangers in July 2021. In 42 starts, Gibson was 14-14 with a 5.06 ERA with two scoreless relief […] 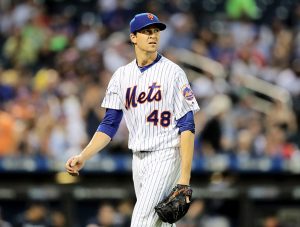 In one of the first blockbuster deals of this offseason, the best pitcher in baseball is on the move. Two-time Cy Young Award winner Jacob deGrom has signed a five-year deal with the Texas Rangers. The move was first reported by ESPN’s Jeff Passan, and the team later confirmed the news in a press release. […] 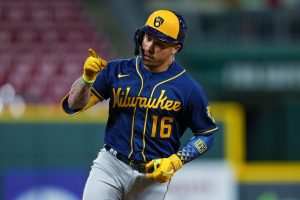 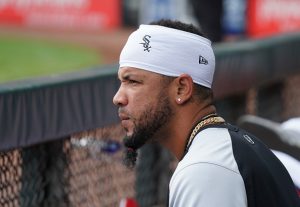 According to Bob Nightengale, first baseman Jose Abreu has signed with the Houston Astros. Abreu has signed a three-year deal with the defending champions. Abreu’s Resume Throughout his nine seasons with the Chicago White Sox, Abreu was a three-time All-Star, three-time Silver Slugger, 2014 AL Rookie of the Year, and 2020 AL MVP. Abreu was […] 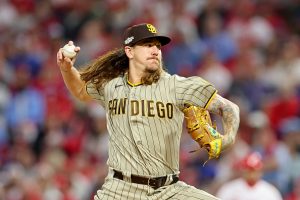 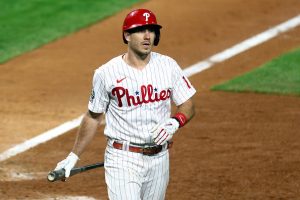 In the conversation about catchers and stolen bases, fans usually talk about their ability to throw runners out. Most of them are in their position for their defensive skills; they tend to be one of the slowest position players in the lineup. Although that is the trend, one catcher has become a significant outlier. Philadelphia Phillies catcher […] 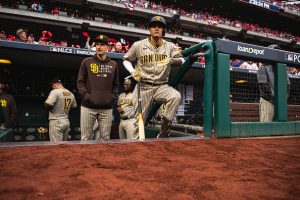 Baseball’s Best Position Player: A Tier of Their Own
Caleb Begley - Oct 20, 2020

The first six players on our best position player list were full of diversity. Infielders, outfielders, sluggers, contact hitters, it had them all. The battle to be named baseball’s best position player began with a who’s who of familiarity and success. Now, we get to the cream of the crop, the essence of what the […] 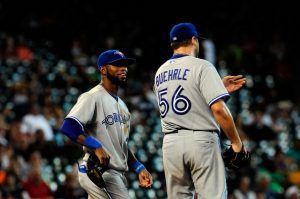