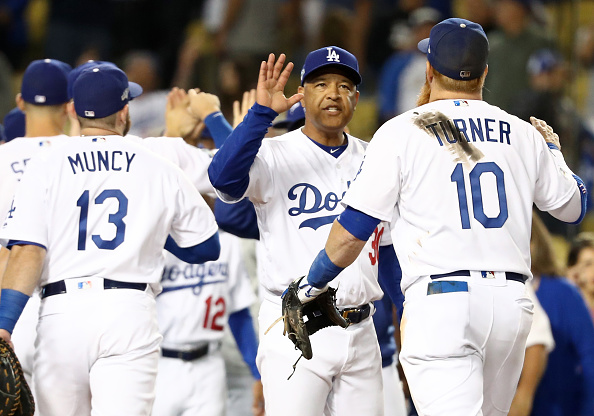 The Washington Nationals came into Thursday night’s matchup with the Los Angeles Dodgers on fire. They finished the regular season on an eight-game winning streak. Then came from behind to beat the Milwaukee Brewers 4-3 in a dramatic N.L. Wild Card game on Tuesday night. The Dodgers, however, were more than happy to extinguish the […] READ MORE 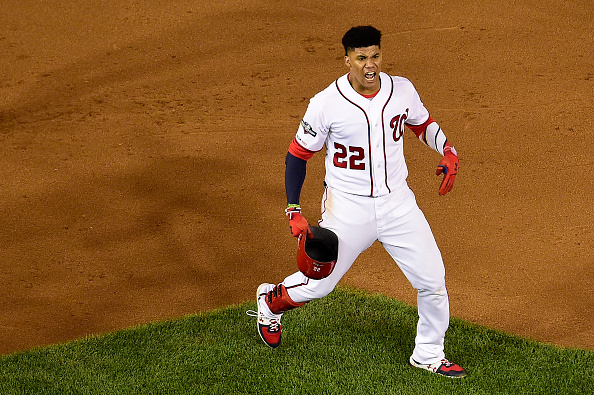 Juan Soto Leads the Way in Nationals Win When Juan Soto made his Washington Nationals‘debut last season, he was just 19 years old. Despite his age, he proved he not only belonged in the majors, but he was going to be a superstar. Soto’s star certainly shined bright Tuesday night in the Nationals’ 4-3 comeback […] READ MORE 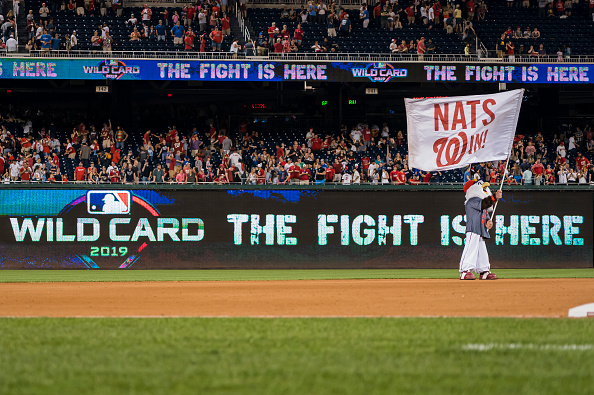 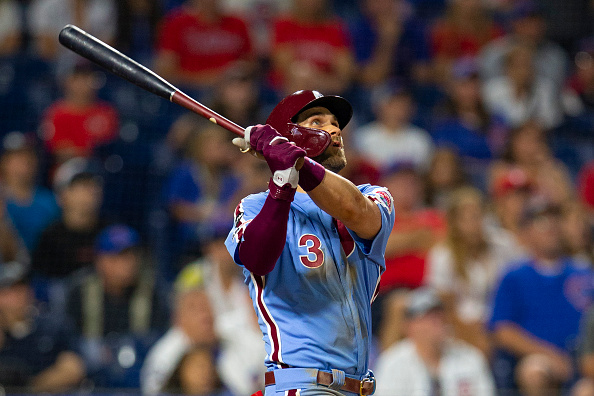 Despite Hardships, Phillies Still in Contention The Philadelphia Phillies have had their fair share of ups and downs this season. They’ve dealt with injuries throughout the bullpen. Leadoff hitter and former All-Star, Andrew McCutchen was lost for the year to a torn ACL. Outside of Aaron Nola, the rotation has struggled mightily and the offense […] READ MORE 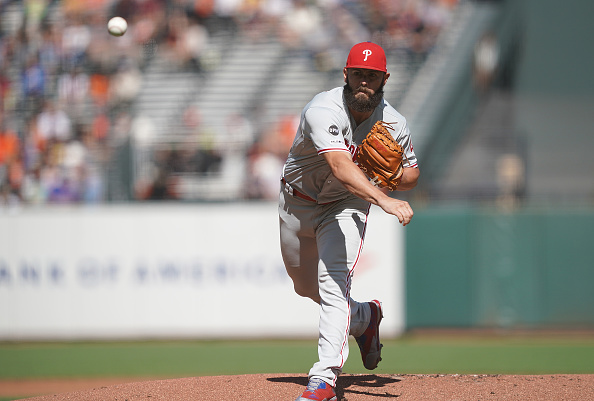 Phillies Likely to Lose Jake Arrieta for Year The Philadelphia Phillies‘ pitching staff has already been decimated by injuries and they have now lost another, Jake Arrieta. He was placed on the ten-day injured list. Wednesday. Arrieta revealed he’d been pitching with a “marble-sized” bone spur in his elbow after a rough start on July […] READ MORE 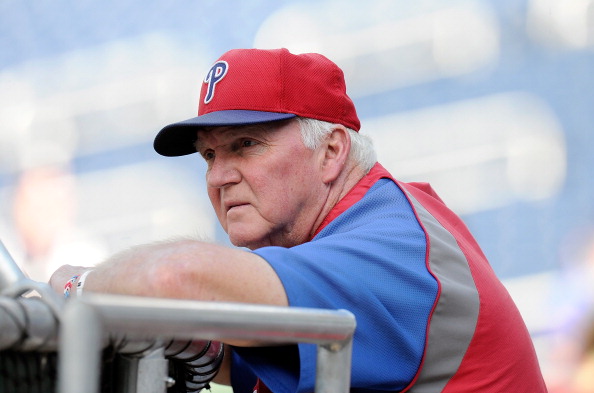 Time for the Phillies to Move On The Philadelphia Phillies lack of offense has been one of the most discussed topics throughout baseball this season. After adding several All-Stars in the offseason, the Phillies have underperformed in almost every offensive category. Nevertheless, despite several lackluster performances since the All-Star break, the playoffs are still within […] READ MORE 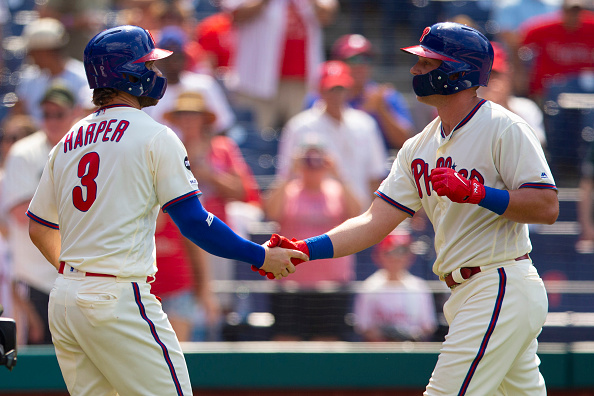 Phillies Offense Has Underwhelmed The Philadelphia Phillies were supposed to be one of the most feared offenses in all of baseball this year. At times, they’ve shown they fit the profile. Other times, they’ve looked just plain lost. The Phillies are definitely underperforming in most offensive categories. They have a team batting average of just […] READ MORE 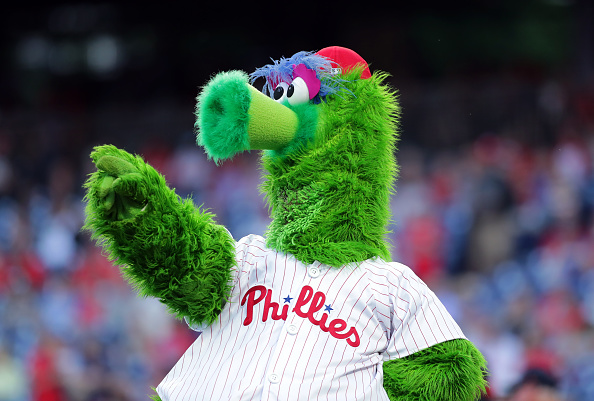 A Philadelphia Legend For 41 years, the Phillie Phanatic has entertained the baseball fans of Philadelphia. He is perhaps the most recognizable mascot in all of professional sports. However, he is now the subject of a lawsuit between the Phillies and his creators, New York-based firm Harrison/Erickson. Could it be possible the Phillies lose the […] READ MORE 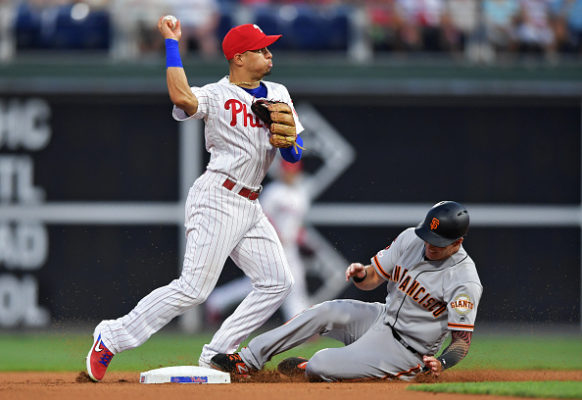 Phillies Should Trade Hernandez and Franco It’s well-known that the Philadelphia Phillies need some major upgrades to have any shot of playing for a championship this year. The front office has been clear they will not move top prospects such as Adonis Medina, Spencer Howard, or Alec Bohm. If the Phillies don’t believe they will […] READ MORE 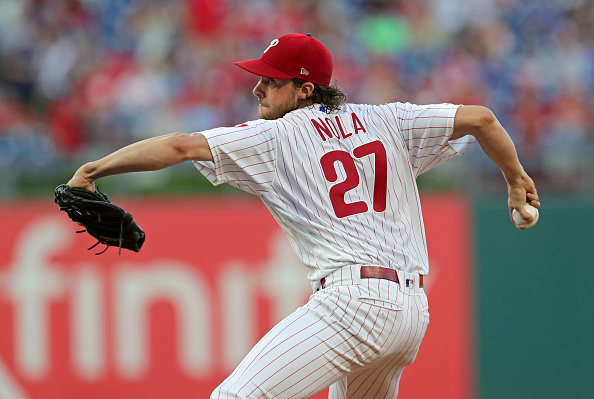 Phillies Must Add Pitching With the July 31st trade deadline looming, every team is looking in the mirror evaluating their chances for a postseason run. For some teams, the season is already over and they are looking to move older, expensive, players for some younger, cheaper talent. Other teams find themselves ahead of the pack […] READ MORE