Toronto Blue Jays outfielder Teoscar Hernández was traded to the Seattle Mariners in exchange for right-handed reliever Erik Swanson and minor league pitcher Adam Macko. The Hernández trade shouldn’t come as a shock to many. A move like this was going to happen for Toronto this off-season. The Blue Jays’ bullpen was like a roller coaster, one that was with plenty of ups and downs. While the downs outweighed the ups, Toronto had to address the inconsistencies around the bullpen. Add that with a lineup that’s too right-handed. So, moving on from either Hernández or Lourdes Gurriel Jr. was bound to happen.

By trading Hernandez, the Blue Jays free up payroll flexibility. The 30-year-old Silver Slugger was projected to earn $14.1 million in 2023. Having more money in their pocket means the Blue Jays can do one of both; sign a lucrative free agent or start extending players.

Let’s focus on the Blue Jays’ side of the deal. With the Teoscar Hernández trade, Toronto adds a much-needed power arm to the bullpen. This isn’t the first type of trade Toronto made to acquire pitching help. At the trade deadline, the Blue Jays parted ways with Jordan Groshans for bullpen help. Groshans was sent to the Miami Marlins for Anthony Bass and Zach Pop. Both relievers have made good contributions since the deal.

Toronto is slowly transitioning its bullpen from mediocrity to one that can become lethal if healthy and consistent.

Toronto’s outfield mix includes Gurriel Jr., George Springer, Whit Merrifield, Cavan Biggio and Nathan Lukes. Expect the Blue Jays to address that matter through either trades or free agency. They could be in play for another center fielder, as Springer could play more in right field if needed. If he’s open to it, Toronto can add a left-handed bat they’re lacking on the free agent market, as they might turn their attention to free agent Brandon Nimmo. He’s the type of player who comes to mind as he could fit the Blue Jays’ mould. Nimmo and his on-base skills are a match for Toronto’s lineup. The 29-year-old left-handed hitter has a .385 on-base percentage in seven major league seasons. He finished 2022 with a .274/.367/.433 slash line, 16 home runs, 64 RBI over a career-high 151 games.

What Swanson Brings to the Bullpen

Erik Swanson is an elite back-end reliever the Blue Jays were going for. Swanson comes to Toronto as a reliable right on left reliever who can see the bats swing and miss. It’s further evident with Swanson’s numbers- he has a 34% K rate with a 4.9% walk rate. It’s good numbers for someone with three years of team control. Swanson posted a 1.68 ER in 57 appearances in 2022. It’s no surprise the Blue Jays were going to improve their bullpen this offseason, especially relievers who swing-and-miss stuff. 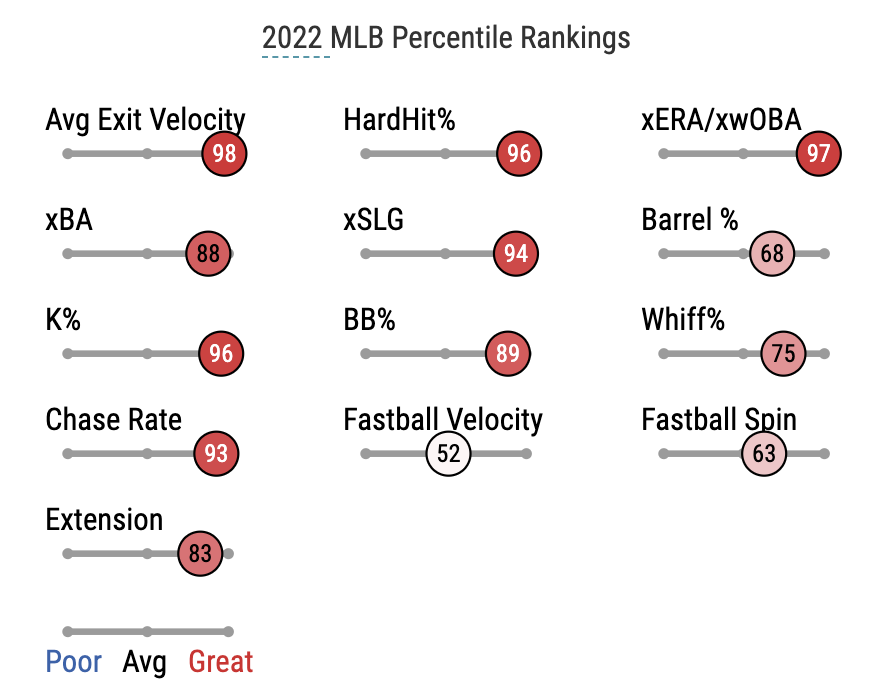 Swing and Miss Stuff Will Help

His fastball had opponents swinging through it 29.3 percent of the time. Add that with a put-away slider, and batters whiffed at that 28.8 percent of the time. Lastly, his slider maintained a 30.3 percent whiff rate. With his excellent splitter-fastball pairing, Swanson will give the Blue Jays another leverage arm to deploy in games. He figures to serve as a primary setup option for Jordan Romano. Erickson will join Bass, Yimi García, Adam Cimber and Tim Mayza in a deeper relief core.

Who is Adam Macko?

Adam Macko is a pitcher the Blue Jays have had on their radar for some time. Toronto’s eyes were set on the 21-year-old since the Mariners took him out of Vauxhall High School in Alberta in the 2019 MLB Draft. According to MLB.com, he is No. 8 on the Blue Jays top prospects list. Macko made eight starts in High-A in 2022, throwing 60 strikeouts with a 3.99 ERA across 38 1/3 innings. Macko went to school in Alberta but grew up in Ireland and is from Slovakia. The Blue Jays like his stuff, and if he makes the majors, he will be the third Slovak to do so.

Now that Hernández is gone, the offseason for Toronto is underway. It signals that more moves are on the way in the pursuit of a more balanced lineup and complete team. The spotlight continues to shine on whether or not the Blue Jays will trade one of their catchers- Danny Jansen, Alejandro Kirk and Gabriel Moreno. Still, this is a big move, suggesting that the front office is eager to address the team’s shortcomings.