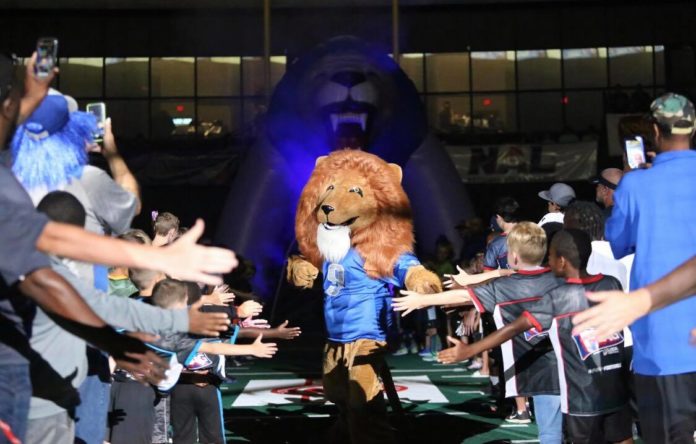 As we wrap up the awards for the 2019 NAL season, we previously announced that Jawad Yatim of the Masssachusetts Pirates was the LWOS NAL Executive of the Year. Like mentioned before, we are announcing the best mascot for the 2019 year. That award is awarded to Leo, the Lion, for the Columbus Lions.

The Lions mascot, also known as Leo, brings life to the Columbus Lions at all home games, whether the team is winning or losing. Being a great mascot and getting fans into the game will definitely earn him the award. What will top the fan-engagement is what the mascot can do off the field.

Fan engagement can change the outcome on the field. With the fans on the team’s side, it can give the team an extra boost and help the team come together and win games.

Columbus is the third-largest city in Georgia, which means that the population is fairly high. At team events or any public event, Leo is often seen being involved in that public event. Community Relations will get the name of the company out to the public, which translates to fans attending the games. Even though Columbus doesn’t have the highest attendance in the league, they are in second behind the Jacksonville Sharks. They average just about 2,720 fans per game. Having the Lion getting involved in the public will boost the sales and will catch more media attention.

Also this week, we will have an NAL Championship preview as well as the top five reasons why each team will win the NAL title.