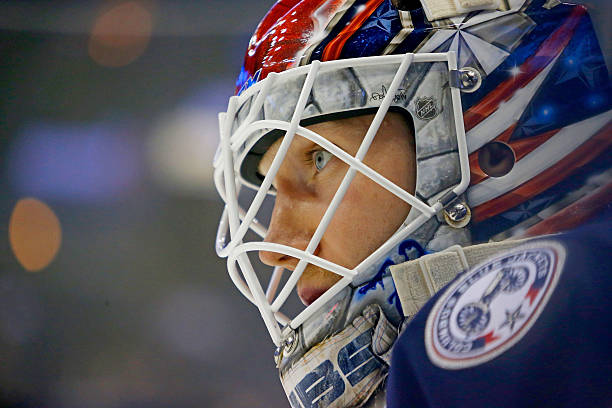 Much to the dismay of the Fifth Line faithful, there isn’t much to pick from when looking at the best trade in the Blue Jackets history. However, the one trade that stands out among them all has proven to be a fantastic decision to make. Trading away a few draft picks, and ones that haven’t reaped any real draft steals (yet), for a Vezina Trophy-winning goalie is automatically the best of the bunch.

The Blue Jackets traded away three picks over a two-year period in this trade. While the Flyers are generally pretty good at drafting, these picks yielded no significant reward for parting ways with Bobrovsky.

Leier, 23, is another player who has yet to break into the Flyers depth chart. In 16 NHL games he has one goal and one assist. Leier has been solid for the AHL-affiliate Lehigh Valley Phantoms, scoring 46 goals and adding 71 assists over the course of 192 games in the AHL.

Sergei Bobrovsky has become a fan favorite since arriving in Columbus, and rightly so. Not only has he won two Vezina’s since coming to The Buckeye State, but he holds multiple goaltending records for the Blue Jackets now.

These records include wins (139), save percentage (.923), goals-against-average (2.36), he is tied with Steve Mason in shutouts (19), and is top five in every other major statistical category over a career. Bobrovsky will undoubtedly go down as the best Blue Jackets goalie in their short history, so three picks over two years, and none of them in the first round, make this the clear-cut choice for best trade in the Columbus Blue Jackets history.

Johansen is an elite offensive talent, and that is exactly why many outside of the Blue Jackets organization criticized this move. While it was linked with Johansen and newly-hired John Tortorella not getting along, it went along perfectly with the new head coach’s “build from the back” mantra.

Johansen played in 309 games for the Blue Jackets, scoring 73 goals and adding 94 assists during that time. While 167 points isn’t exactly what you would hope for in a fourth overall pick, his play making abilities could not be denied during his time in Columbus.

The biggest problem that the coaching staff and fans alike had was the mental lapses Johansen showcased when attempting to play an end-to-end style. With the Blue Jackets in need of defensive help, Johansen was expendable in this area.

Seth Jones came to Columbus as an almost unknown commodity. Playing in the shadow of Shea Weber and Roman Josi benefited both Jones and the Blue Jackets organization. Playing behind those two allowed his trade value to not be grossly overpriced, therefore making a one-for-one trade with Johansen more than fair.

Since arriving in Columbus Jones has been a mainstay on the first pairing for the Jackets. He has spent his time playing with a few different names, with Ryan Murray getting a bit of time with him in 2015-16 and then finding a solid pairing alongside rookie defenseman Zach Werenski in 2016-17.

Regardless of who Jones has been paired with, he has proven to be effective in all areas of the ice. While he may never be as effective in point production as former teammate Josi, or have as hard a slap shot as Weber, he is proving season by season that he is an elite shutdown defenseman.

When looking back at all of the trades Columbus has made over the years, there is more to pick from in this category. And while there are plenty of stinkers, there is one that stands out as the worst trade the Columbus Blue Jackets have ever made.

The one known commodity that the Blue Jackets traded away in this one was that of Voracek. In three seasons with the Blue Jackets he had 39 goals and 95 assists to his NHL resume already. And since arriving in Philadelphia Voracek has proven to be a reliable forward, never falling below 46 points in a season, and that was in 48 games in the lockout-shortened 2012-13 season.

And while an argument could be made that the Blue Jackets likely wouldn’t have taken Couturier or Cousins with those picks, they have proven to be valuable players for the Flyers organization, making this trade all the more difficult a pill to swallow.

Cousins, 23, is starting to assert himself as an NHL-level center, playing in 60 games last season. In those 60 games he had 16 points and carried a 2.13 Relative Corsi-For percentage. Couturier has proven to be an NHL-level center as well with 191 points in 416 games for the Flyers, and sporting the second best Rel.CF% on the Flyers last season with a 4.43, second only to Jordan Weal (7.04), who only played in 23 games.

With William Karlsson now gone, these two picks turning into NHL caliber centers makes this trade all the more aggravating for the Blue Jackets, who now have questions as to who will pick up the slack in the bottom six at center.

Is there anything that really needs to be said about the return in this trade? Carter only played in 39 games for the Jackets before departing for La La Land. In that time he proved to be effective, scoring 15 goals and adding 10 assists in his short time in The Buckeye State.

It was a tough season for the organization, and Carter seemingly became the scapegoat for those tensions. Carter, who was named an assistant captain, didn’t seem interested in enduring the ire of the Fifth Liners and soon saw himself out of Columbus. While Carter claims he came in with an open mind, many of the Blue Jackets fans view him in a not-so-favorable light to this day for how things went down.