The County Championship starts on Sunday with a new title sponsor and arguably the strongest set of Division One teams since the split into two division in 2000.

The make-up of the teams in each division has been described by some as a split between the ‘haves’ and ‘have nots’ of the county game; if Somerset and Glamorgan switched divisions, then Division One would be entirely made up of counties with Test Match grounds, and Division Two of counties without.

The news from Durham over the winter has all been bad. John Hastings, who performed so well with bat and ball in 2015 as the county’s overseas player, was ruled out for the season with shoulder surgery, and Kent proved a more exciting prospect for Kagiso Rabada despite their Division Two status.

Unless Ben Stokes and Mark Wood struggle to make the England set-up for large parts of the summer, which seems improbable, then Durham’s depth will be brought into question, especially given the reported financial issues the club is facing.

Their start will be of vital importance, and it is possible that they will suffer more than most from the change in the toss regulations which allow the away team to elect to bowl without a toss; this may prove an inviting proposition at Chester-le-Street on green tops.

Chris Rushworth is undoubtedly the key man with the ball after his 83 first-class wickets last season, and the batting is extremely reliant on the top-order pairing of Mark Stoneman and Scott Borthwick, who enjoyed a strong winter playing domestic cricket in New Zealand. England recognition may come sooner than expected for that duo if Alex Hales and Nick Compton fail to perform.

It is something of a mystery as to how Hampshire survived last season. Michael Carberry was the only batsman to pass 1000 runs and still averaged under 40, and the unlikely figure of Gareth Berg was one of two bowlers to pass 25 wickets for the season.

The other, Fidel Edwards, was a large reason for their survival; he was leading wicket-taker despite only playing eight fixtures. He will be supported by Reece Topley this season, but the left-armer has flattered to deceive in four-day cricket so far in his career, and Berg’s recent injury means the seam depth will be tested.

Ryan McLaren is an excellent addition as overseas player, but the young talents that Hampshire have in Brad Taylor, Mason Crane and Joe Weatherley will have to fill in and step up. 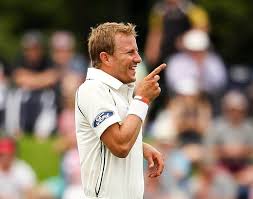 The loss of Prince to retirement will put a strain on Lancashire’s batting, but the highly-rated Haseeb Hameed should be able to step up to the challenge of Division One cricket.

With the ball, Lancashire have nothing to worry about; in Kyle Jarvis, Neil Wagner and, for the start of the season, James Anderson, they have as good a seam attack as most sides, and Simon Kerrigan has proven to be a consistent left-arm spinner in his first-class career to date.

Jos Buttler’s omission from the England Test side on the South Africa tour may mean he is available more often this summer, but he will miss the start of the season due to his IPL contract with Mumbai Indians. Alex Davies is a capable replacement, but must improve on the 790 runs he managed last summer.

Middlesex are blessed with an array of talented seamers; in Tim Murtagh, Steven Finn, Toby Roland-Jones, James Harris and James Fuller, they have five of the top Division One quicks in one side.

However, question marks remain over the strength of the batting line-up and the lack of a quality spinner. With Nick Compton seemingly likely to play for England for much of the summer and Adam Voges set to miss at least five matches, Sam Robson, who averaged under 30 in 2015, will have to find a way to return to the form which saw him gain international recognition in 2014.

Ollie Rayner has always been a man who has split the opinions of Middlesex members, with some saying he is not cut out to be a frontline spinner in first-class cricket and others pointing out the lack of quality spinners in the county game, but he will need to contribute this season if Middlesex are to challenge for silverware. It is difficult to predict how Nottinghamshire will fare in 2016 on account of the unpredictability as to how much they will suffer due to England call-ups. Stuart Broad, Alex Hales, James Taylor and Samit Patel could all miss periods of varying length depending on how much England need them, and strength in depth is something of a worry.

Jake Ball, Jackson Bird and Luke Wood are all seamers who need good seasons. Ball and Wood have flirted with the idea of being consistent wicket-takers without really delivering the statistics they would like thus far in their short careers, and Bird has to convince the Australian selectors that he is worthy of a spot in the Test set-up, especially after a mixed 2015 with Hampshire.

Like so many sides, it seems that Nottinghamshire will rely on an strong start in order for them to challenge; failing that, it may be a season of consolidation at Trent Bridge.

This feels like a season in which Somerset have to raise their collective game after three poor seasons.

After frequent high finishes under Brian Rose and several close finishes to Championship seasons, Somerset have been treading water since 2013 under Dave Nosworthy and Matt Maynard, but after a winter clear-out and a handful of useful signings, they could have a big 2016 in store.

The batting line-up looks excellent. For the first game of the season, against Durham on Sunday, the top eight will likely be: Marcus Trescothick, the 2015 Breakthrough Player of the Season Tom Abell, Rogers, James Hildreth, Jim Allenby, Peter Trego, van der Merwe and Davies, which has the ingredients to be a fantastic side.

The bowling is a bit more of a worry. Jack Leach and van der Merwe are decent enough spin options, but the seam department is reliant on three of Lewis Gregory, the Overton twins and Tim Groenewald having good seasons.

Rory Burns, Tom Curran and Sam Curran were Surrey’s home-grown, academy product stars of 2015, so it is more than understandable that ESPNCricinfo’s George Dobell has criticised the club for signing two South Africans and one West Indian to boost the quick-bowling stocks.

The form of Kumar Sangakkara is likely to be vital to Surrey’s survival chances, and Jason Roy will be missing from the middle order at various points due to England selection.

It remains to be seen whether Mark Footitt will be able to translate his Division Two form into the top division, but if not, Surrey could be in for a long summer, especially after the freak injury that Stuart Meaker suffered which rules him out of the start of the season.

With very few changes in personnel other than Ian Bell taking over the captaincy following his England omission, Warwickshire have a stable side which is ready to challenge for the Division One title.

The 20-year-old batsman Sam Hain is one to keep an eye on, and all of Warwickshire’s batsmen need to improve upon last season. Laurie Evans, Varun Chopra, Rikki Clarke and Jonathan Trott all had poor seasons in 2015, and will be looking to demonstrate that their substandard returns were simply statistical anomalies.

The bowling attack is not a cause for concern at all. Keith Barker, Chris Wright, Clarke, Patel, Boyd Rankin and Oliver Hannon-Dalby are all more than capable of hitting the 50 wickets mark this season, and Warwickshire will try to exploit the change in toss regulations by knocking teams over on first days of games with that attack. 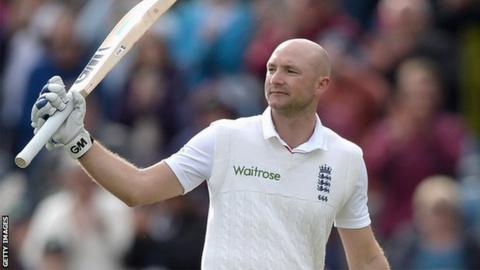 It seems bizarre to be predicting anything other than a Yorkshire title win given their runaway 2015 triumph, but the availability of Willey, Gary Ballance and Jonny Bairstow could hinder their progress.

Adam Lyth has a lot to prove after a miserable 2015 summer, and Alex Lees needs to remind everyone why he was mentioned as a future England captain not long ago. Jack Leaning had an excellent 2015 with the bat, and if he replicates his form, and England Test call-up could be close.

Tim Bresnan is set to miss the beginning of the season with injury, and it remains to be seen whether Ryan Sidebottom can continue to perform at the level he has managed in recent seasons. They will undoubtedly challenge, but a third successive title may prove beyond Yorkshire.