Welcome to LWOS’ Summer Hockey Series, Best of the Rest.  Plenty of sites do a version of a 30 greats in 30 days series, but this year we are doing something a little bit different.  We want to look at the best player from each team who is not in the Hockey Hall Of Fame.  In order to do this there are some rules.  First the player must have been a significant part of this franchise (franchises include their time in a previous city… see Winnipeg/Atlanta) and must be retired for at least 3 years, making them Hall of Fame eligible.  To see all the articles in the series, check out the homepage here. 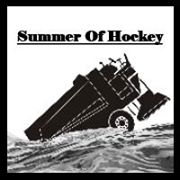 A member of the NHL for 47 years and a part of the original league expansion in 1967, there’s no surprise that the Kings have sent a handful of players to the Hockey Hall of Fame. Among those are The Great One Wayne Gretzky, the highest scoring left winger of all time Luc Robataille, the sublime Jari Kurri, and the team’s first true superstar, Marcel Dionne. The current iteration of the roster might include some Hall-worthy names as well, including Anze Kopitar, Drew Doughty, and Jonathan Quick, while Marian Gaborik, Jeff Carter, Mike Richards, Dustin Brown, and Justin Williams might also get looks before their careers are said and done.

However, for the purposes of this article, we’re going to go back a bit, to a player whose career spanned three decades and was an integral part of the Kings famed Triple Crown Line along with Dionne and Charlie Simmer in the 1980’s. Today, we’re going to look at Dave Taylor.

Taylor was originally drafted by the Kings back in 1975, amazingly in the 15th round at 210th overall. He was playing for Clarkson University in New York at the time in the ECAC, and not much was expected of Taylor until the 1976-77 season, when he exploded for 41 goals and 108 points in only 34 games, earning him All-ECAC first team and AHCA All-American honors. It also earned him a spot on the Kings roster the following year.

His rookie season in 1977-78 would be a solid one, with 22 goals and 43 points in 64 games, but it was his sophomore season that would signal Taylor’s arrival to the NHL when he nearly doubled his goal total (43) and put up a scintillating 91 points in 78 games. It was in January of 1979 when Taylor was put on a line with superstar Dionne and the relatively unheralded Simmer, which would go on to form one of the most potent trios anywhere in the world.

For proof, look no further than the following two seasons, when the Triple Crown Line would combine for an amazing 307 goals and 680 points. Though Dionne and Simmer would both score more than 50 goals and 100 points in each of those years, Taylor proved to be no slouch himself, scoring 37 goals and 90 points in 1979-80, and 47 goals and 112 points in 1980-81, a season in which he would be named to the NHL’s Second All-Star Team. More than that though, Taylor was an important presence on the line as a play-maker, a fearsome checker, and a player that wasn’t afraid to go into the dirty areas and play the role of the line’s defensive conscience, freeing Dionne and Simmer to attack opposing goalies at will. Taylor would make his first appearance at the NHL all-star game in 1981, alongside his two running mates.

Despite the personal success, Taylor and the Kings weren’t making any headway in the playoffs, however 1981-82 would be different. Taylor finished second in team scoring (to Dionne) with 106 points, his second consecutive and last 100 point season. The Kings struggled during the regular season though, finishing with 19 fewer wins and 36 fewer points in the standings than they had the year before. For their efforts, they were “rewarded” with having to face the Gretzky-led Oilers in the preliminary round of the post-season.

What followed has become known as “The Miracle on Manchester”. Facing a juggernaut Oilers squad just two years away from their first Stanley Cup championship, the Kings were more than just underdogs. Gretzky was on top of his game, scoring an NHL record, and frankly unbelievable, 92 goals, and the Oilers were well on their way to establishing a dynasty. Even after splitting the first two games of the best-of-five series, not many were giving the Kings much of a chance. However, game three in Los Angeles was one for the ages.

Down 5-0 heading into the third period, things looked bleak for the Kings, but they would score five unanswered goals before netting the winner in overtime to win 6-5 and take the lead in the series 2-1, a series they would eventually win 3-2. Though Taylor didn’t record a point in the comeback, he played a key role in screening Edmonton goalie Grant Fuhr on the first goal, and he would ultimately contribute 10 points in 10 games that post-season, his first taste of playoff success.

The following six seasons would be relatively uneventful ones for both Taylor and the Kings however. Los Angeles wouldn’t win another playoff series in this time, and the Triple Crown Line was slowly dismantled, with Simmer leaving in 1984-85 and Dionne leaving in 1986-87. As a result, Taylor’s offensive contributions would dwindle, though he remained a solid contributor who could be relied upon for 20 goals and 60 points and he was named the team’s 8th captain in 1985.

By the time Gretzky arrived in Los Angeles during the summer of 1988, Taylor was fully on the downward slope of his career. Despite his aggressive playing style, Taylor was nothing but humble off the ice, and respectfully relinquished the captaincy to The Great One in 1989.

Another symbol of the type of man Taylor was came after the 1990-91 season, when he was awarded both the King Clancy Trophy for leadership and humanitarian contribution in his community and the Bill Masterton Memorial Trophy for sportsmanship and perseverance. They were the only two individual awards Taylor would win in the NHL, given he played in an era full of some of the greatest superstars the game has ever known, including teammates Dionne and Gretzky.

After coming oh-so-close to his first Stanley Cup in 1992-93, Taylor would play just one more season before retiring at the age of 38. He left the game with 431 goals and 638 assists for 1069 points in 1111 games, all with the Kings. He’s played more games for Los Angeles than anyone else in franchise history, while his goals, assists, and points all rank third all-time (his point total being even higher than Gretzky’s).

He would go on to become general manager of the Kings from 1997 until 2006 but, despite being the winningest GM in Kings history, he would still fall short in his quest to win a Stanley Cup, though some of the players drafted during his tenure, such as Brown, Kopitar, and Quick ,would sow the seeds of future success.

After a career like that, where does Taylor fall into the Hall of Fame debate? Taylor is certainly well respected and even adored by the Kings franchise for his contributions both on and off the ice, as evidenced by his #18 hanging in the rafters of the Staples Center. His point totals were excellent, but some would argue that they were inflated by playing with the generational talent of Dionne. Still, 1000 points is impressive for any NHL player’s career; he is, in fact, the lowest drafted player in NHL history to reach that milestone. His lack of major individual hardware hurts his case, though he was a four-time NHL all-star.

So it seems that, at best, Taylor is on the cusp of induction. Regardless of whether he gets into the Hall of not, there is no debating Taylor’s name in the pantheon of Kings legends, and he’s certainly the best of the rest from Los Angeles not in the Hall.

Don’t forget to check out our friends at Sports Injury Alert for the latest in NHL injuries.