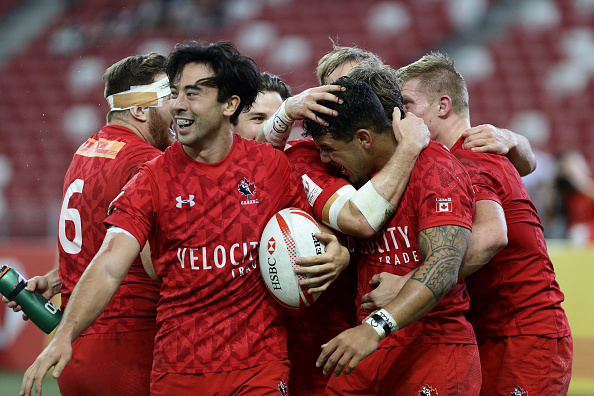 Last Word On Rugby, by Jovilisi Waqa. In a tournament full of upsets, as the gold went to Canada at the HSBC Singapore Sevens. It was a victory well worth the wait, as the Canadian men took out their maiden tournament win as others fell around them. This fact will be the major talking point […] READ MORE

Kenya wins Singapore Sevens to create history. It was the second time for the Kenyans to appear in the final and it was memorable as they defeated the World Sevens Series leaders Fiji 30-7. They contained Fiji in all facets of play and will build on this heading to Europe. It was a great tournament […] READ MORE

The Singapore Sevens opened on Day One with some mouth-watering performances especially from the underdogs, the French, the Argentinians who defeated the Aussies and the Samoans who repeated their feat from Las Vegas. Lest we forget the Japanese who beat the Welsh, held the Los Pumas and scared the Aussies. The 52,000 seat National Stadium […] READ MORE

Fiji will defend it’s Singapore Sevens title after a decade when the Tournaments kicks off at the beautiful National Stadium in Singapore from the 16-17th of April. The tournament will host Round 8 of this years HSBC Sevens Series. Fiji last won here in 2006 when they defeated England 40-21 in the final before the […] READ MORE

With the flamboyant Fijians wrapping up the Hong Kong Sevens, we look to Singapore for the next leg of the HSBC World Sevens Series. Being the inaugural year for Singapore to host, a nervous ambiguity looms over the potential success of the tournament. Presumably it will be heavily compared to Hong Kong, a tough act […] READ MORE