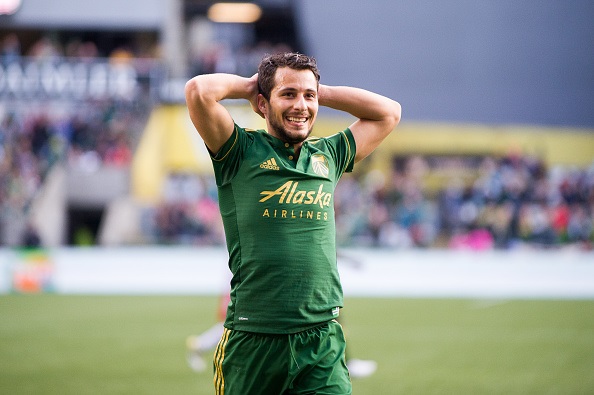 From Last Word on Soccer, by Joe Hojnacki Fanendo Adi. Diego Valeri. Darlington Nagbe. Sebastian Blanco. David Guzman. Diego Chara. These six names are the cornerstone of a Portland Timbers attack that claims to be one of the league’s best. And, when all goes right, they are. Those six are responsible for 13 of Portland’s […] READ MORE

The Portland Timbers 4-4-2 formation made its debut two weekends ago against Sporting Kansas City. That match saw all pre-planned tactics thrown out the window when Diego Chara earned himself a red card within a dozen minutes. Saturday night against D.C. United, however, Caleb Porter got to break out his dual striker attack for real. […] READ MORE

Sunday’s Portland Timbers Loss Against Orlando City SC was their roughest game so far. Their midfield was sloppy with the ball. Their back line wasn’t communicating well. Their speedy forwards couldn’t provide a strong final ball. Overall, it was a very forgettable evening in central Florida, although there were a few things the team needs to […] READ MORE

The Portland Timbers ushered in 2016 the same way they ended 2015, with a 2-1 win over the Columbus Crew. What we saw was largely the same Timbers team we grew accustomed to during last year’s title run, but there were subtle differences. Some may even say improvements. The Portland Timbers’ Midfield maestros Diego Chara, Darlington […] READ MORE

As part of LWOS series on grading the 2015 Portland Timbers, this piece looks back at the midfield performance in Portland's MLS Cup winning season. READ MORE

Earlier this week I began to look at who the Portland Timbers are likely to protect in the upcoming MLS Expansion Draft. The first piece in this three part series, which you can find here, took a look at which defenders were worth protecting. This week I’ll take a look at the midfield, and in […] READ MORE