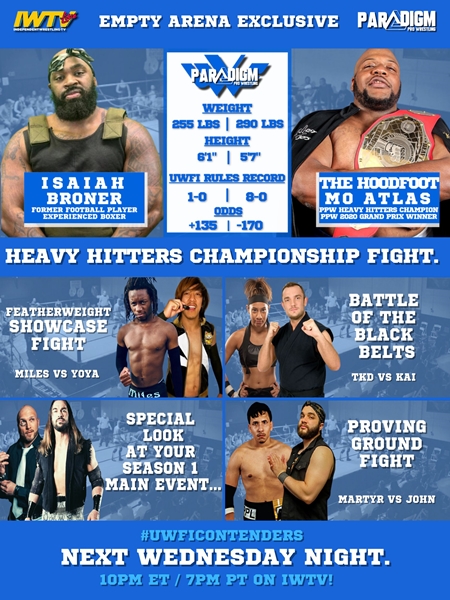 Paradigm Pro Wrestling returns with episode 4 of the UWFI Contenders Series.  After a heavily hyped episode 3 they follow up with an interesting fourth episode.  We have a title defense, a battle between two of the most exciting talents in PPW, and black belts colliding all set for UWFI Contenders Series episode 4.  Let’s preview […] READ MORE