Game Changer Wrestling aims to end its weekend in Alabama on a high note, partnering with a local independent promotion with something to prove. Enter GCW vs. New South, which aims to feature many of the best indie wrestlers in the state and across the country at large. New South Pro Wrestling is an Alabama-based promotion that was established back in 2015. It has seen many notable stars pass through, though names such as New South Tag Team Champions Infrared and New South Champion Kenzie Paige have been able to maintain excitement from one event to another. If you live in the area or are looking to make the trip, tickets are still available. However, the action can still be seen via the FITE+ service, meaning you won’t have to miss a thing. Take a deeper dive into the action to expect as these two companies clash.

Card for GCW vs. New South 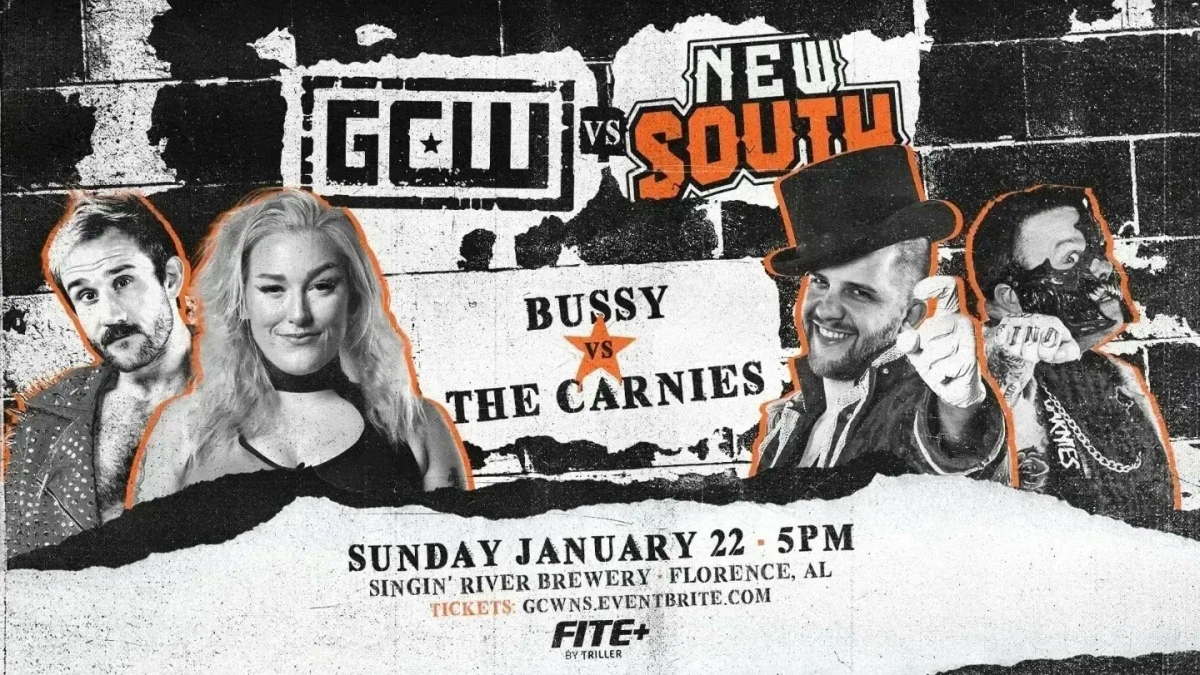 BUSSY Takes on The Carnies

When it comes to Game Changer Wrestling representation, few names stand out like BUSSY. As former GCW World Tag Team Champions, Allie Katch and EFFY are equal parts charismatic and driven, doing anything necessary if it means inching closer to victory. While they may seem playful on their surface, utilizing such weapons as steel chairs and blades is evidence that they know when to get serious. It will be this very mindset that could take them to a win at GCW vs. New South when they take on The Carnies, the duo of Kerry Awful and Nick Iggy. On paper, The Carnies have more success as a tag team, securing gold in such organizations as NWA Southern All-Star Wrestling and FEST Wrestling. With that said, they are coming off an unsuccessful New South Tag Team Championship match back in December, which one may look at as a disadvantage. However, it can also be argued this will make them more driven when they step into the ring this Sunday, spelling bad news for BUSSY and all their fans tuning in. 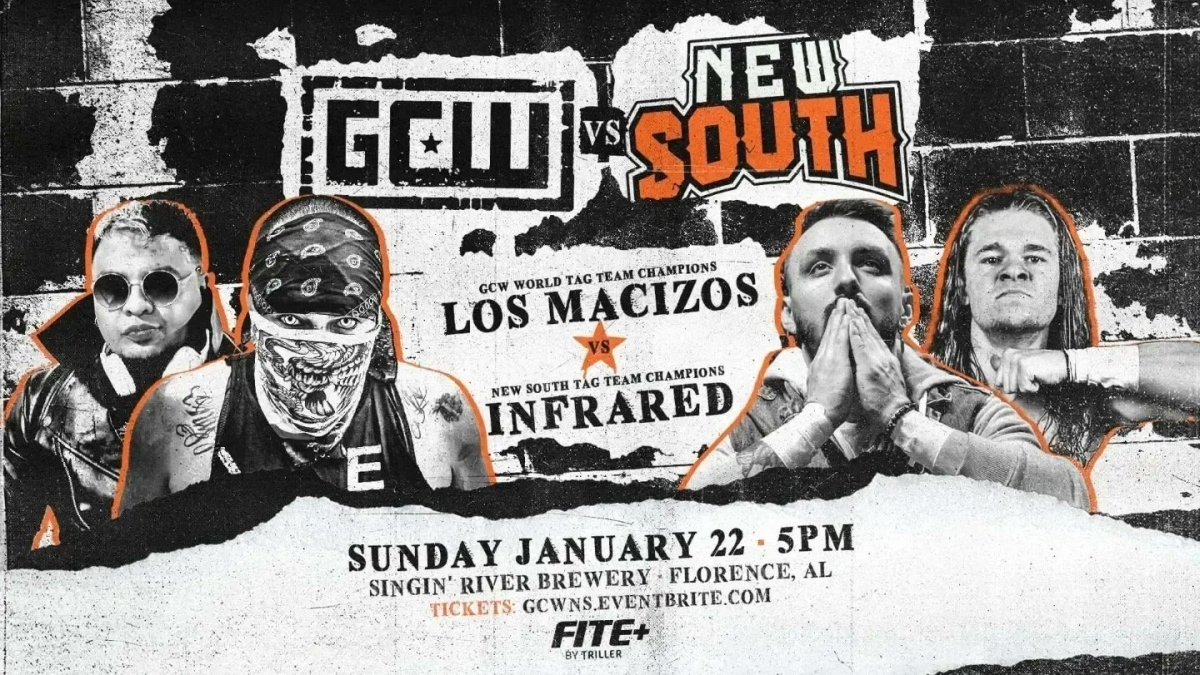 Keeping with the theme of tag team wrestling, it’s worth noting that both companies’ tag team titleholders will be in action on Sunday as well. Los Macizos, the reigning GCW World Tag Team Champions in their third reign, are set to face Infrared, the New South Tag Team Champions, in their first reign. In addition to seeing both sets of tag team champions face off, this will mark the first time when both teams have competed against each other in general. For these reasons, it’s not difficult to see why this would have the attention of fans. When it comes to predicting a winning team, however, this is where difficulties arise. In addition to being 3x GCW World Tag Team Champions, as mentioned earlier, Ciclope and Miedo Extremo have held tag team gold in Black Mask Lucha Libre and Lucha Libre Vanguardia. On the flip side, Tyler Matrix and Logan James are former 3x IWA Tag Team Champions, meaning they have experience of their own. Picking a winning duo may be easier said than done, but this will nonetheless be a match to keep an eye on heading into GCW vs. New South. 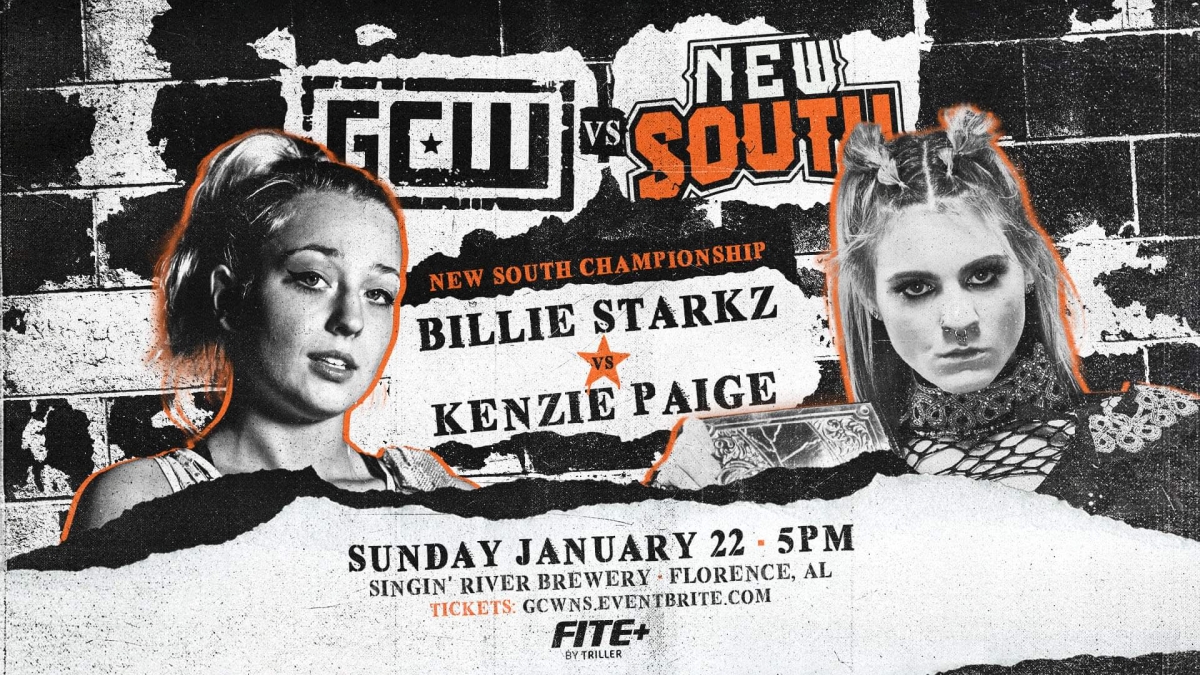 A show featuring New South Pro Wrestling wouldn’t be complete without the company’s reigning champion. Kenzie Paige is set for action this Sunday as she puts the New South Championship on the line against “Space Jesus” herself, Billie Starkz. The Tennesse-born “Princess” first captured the New South title back in April of 2022, besting Rolando Perez and becoming the first female titleholder in the process. Since then, Paige racked up numerous successful title defenses against such names as Brandon Williams, Hunter Drake, and Masha Slamovich. This doesn’t even begin to touch on Paige’s status as a double titleholder, currently holding the NWA World Women’s Tag Team Championship alongside Ella Envy. At GCW vs. New South, Paige battles another titleholder in Starkz, who’s the reigning Black Label Pro Heavyweight Champion. Will Paige rack up another successful title defense or will Starkz leave Singin’ River Brewery with more gold in her possession?

Stay tuned to the Last Word on Pro Wrestling for more on this and other stories from around the world of wrestling, as they develop. You can always count on LWOPW to be on top of the major news in the wrestling world, as well as to provide you with analysis, previews, videos, interviews, and editorials on the wrestling world. GCW vs. New South is set to air Sunday at 6 PM EST on FITE+. Tickets are also available via Eventbrite.