Game Changer Wrestling returns to one of its premier venues, the Ukrainian Cultural Center, for GCW Hit Em Up. This promises to be an exciting event for those in the area, as it will feature such action as the first world title defense of Nick Gage since capturing the title from Jon Moxley earlier this month. Furthermore, viewers will see both GCW regulars and new faces take part in a series of matches under the UCC roof. If you’re unable to attend in person, remember that the action airs live on FITE as well. Without any further delay, here’s what to expect at Hit Em Up. 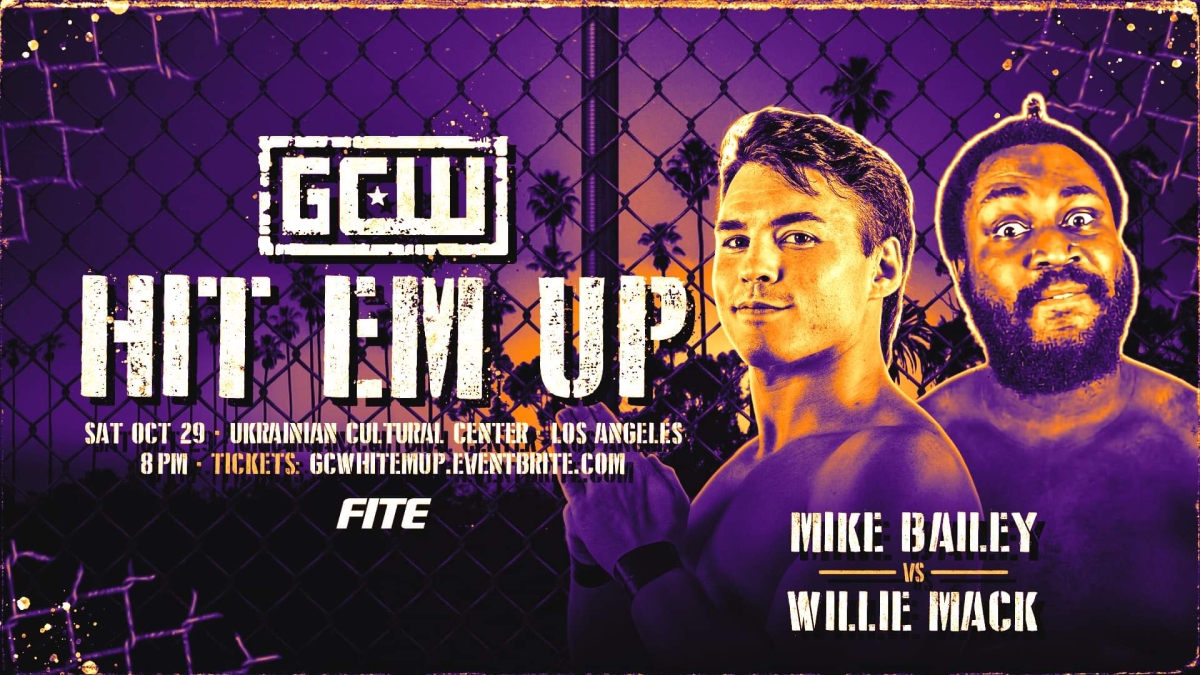 In one of the featured matches of GCW Hit Em Up, Willie Mack steps into a Game Changer Wrestling ring for the first time. “Chocolate Thunder” should be a name for those that have watched Lucha Underground, as well as followed organizations including Major League Wrestling, Lucha Libre AAA Worldwide, and IMPACT Wrestling. Mack developed a following on the independent scene due to both his in-ring prowess and undeniable charisma, both of which led him to success on various platforms. Such accolades range from the NWA National Heavyweight Championship to the IMPACT X-Division Championship. Given the success in question, it should come as little surprise that he’ll enter the Ukrainian Cultural Center with confidence on his side.

Mack should be mindful of said confidence, however, as such a quality alone won’t be enough to pick up a victory against his opponent at Hit Em Up. He’s scheduled to face “Speedball” Mike Bailey, a man who’s no stranger to success in IMPACT’s X-Division, either, winning said division’s title as well. Furthermore, while Mack and Bailey shared the ring in not only IMPACT but across Mexico as well, this marks the first time that they’ll square off one on one. Bailey’s trademark speed has worked to his benefit on multiple occasions, though Mack is also surprisingly fast and nimble for a wrestler of his size. In fact, Mack’s power game could turn the tide in his favor. Will the debuting Mack make his GCW introduction a successful one, or does “Speedball” take home the win at his opponent’s expense? 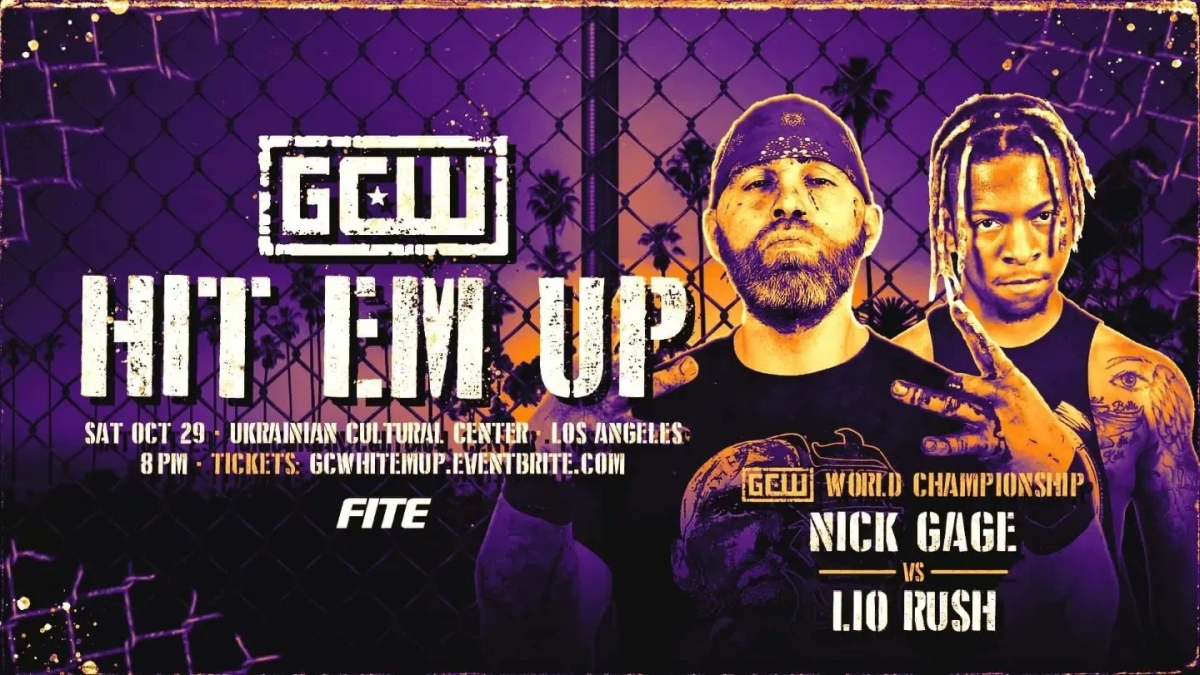 As mentioned earlier, at GCW Hit Em Up, Nick Gage defends his newly won world title. On Night 1 of GCW Fight Club, Gage put his career on the line as he challenged Jon Moxley for the GCW World Championship. Though it can be argued that the victory came to pass due to dubious circumstances – All Elite Wrestling star W. Morrissey chokeslammed Moxley through a glass pane adorned with barbed wire – Gage ended the night with his career intact and his third GCW World Championship reign kicked off. Despite the circumstances in question, Gage’s win was received well by the GCW faithful, the fans having long embraced him as the heart and soul of the company. This Saturday, “The God of Ultraviolence” makes his first defense in his third title reign.

Furthermore, Gage’s opponent will be one with a vastly different wrestling style. Enter Lio Rush, who was last seen in GCW at Fight Club, having won Scramble Matches across both nights. “The Man of the Hour” is known for his high-flying style, providing fans with exciting matches against a range of opponents. Rush’s career isn’t without its high points as well, including the MLW World Middleweight Championship, NXT Cruiserweight Championship, and CZW World Heavyweight Championship. Gage vs. Rush will be another first-time match, which makes it worthwhile for this reason alone; the fact that the GCW World Championship is up for grabs is icing atop the proverbial cake. See if Gage’s reign continues or Rush expands his resume with another world title at GCW Hit Em Up.

GCW Hit Em Up will take place in Los Angeles, California on October 29, 2022.

Stay tuned to the Last Word on Pro Wrestling for more on this and other stories from around the world of wrestling, as they develop. You can always count on LWOPW to be on top of the major news in the wrestling world, as well as to provide you with analysis, previews, videos, interviews, and editorials on the wrestling world. GCW Hit Em Up is set to air Saturday at 8 PM JST on FITE. Tickets are also available via Eventbrite.