Concluding Game Changer Wrestling’s United Kingdom tour will be an event that boils down to company warfare. Enter TNT Extreme Wrestling vs. GCW, which is set to take place this Saturday at the Hangar 34 venue in Liverpool, England. For the uninitiated, TNT Wrestling is a Liverpool-based wrestling promotion that prioritizes hardcore wrestling. Given GCW’s own predilection for taking wrestling to the extreme, this partnership of sorts is nothing short of apt. However, the name of the game this weekend is competition, specifically between the two promotions in question. Which one will leave Liverpool with bragging rights to its name?

TNT vs. GCW will take place live from Hangar 34, though not everyone will be able to attend, which is especially true for international viewers. In the event that you can’t see the show in person, rest assured that the action will air live on FITE. Who will be in action this Saturday? What are some of the unique yet promising match-ups scheduled? Take a deep dive into what to expect before the first bell sounds. 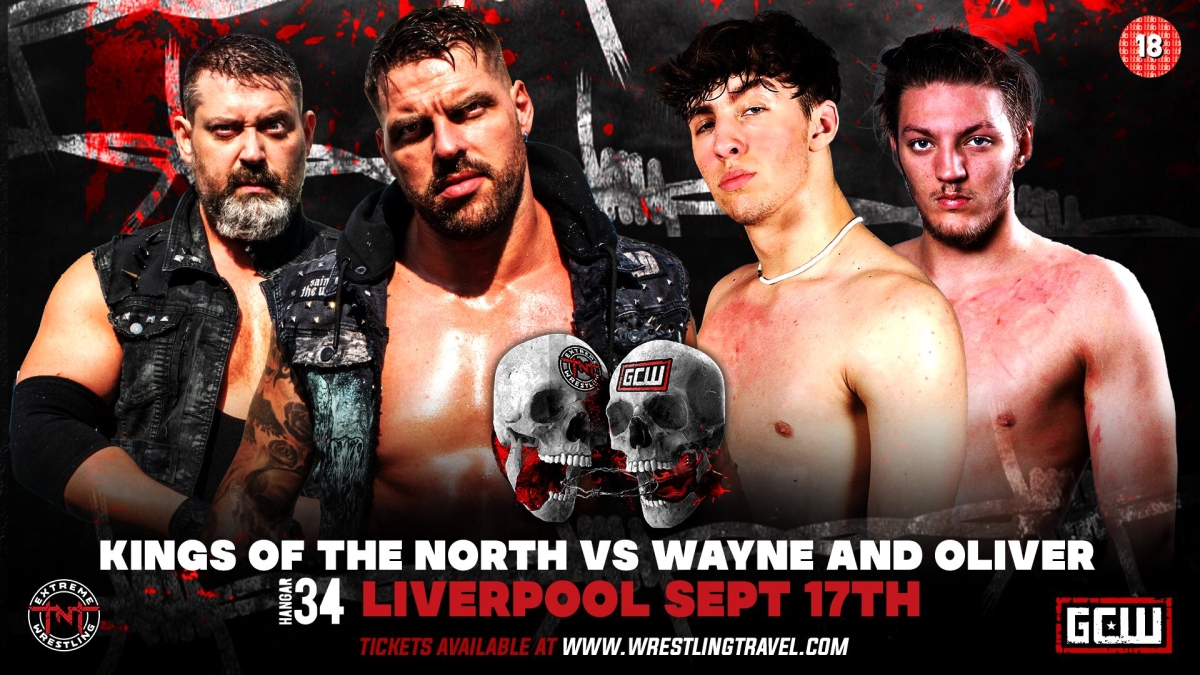 Kings of the North Face the Future

One of the several matches to look forward to come TNT vs. GCW is Kings of the North taking on Nick Wayne and Jordan Oliver, both teams representing TNT and Game Changer Wrestling respectively. TNT Wrestling fans will be very familiar with Kings of the North; the duo of Bonesaw and Damien Corvin became the inaugural TNT Tag Team Champions back in 2019 and won the titles once more in 2021. They’ve also captured tag team gold in promotions including Over the Top Wrestling and, more recently, Insane Championship Wrestling. Nonetheless, Kings of the North remain one of the more recognizable duos in TNT and they’ll be representing the company this Saturday against two of GCW’s young, rising stars.

Taking on Kings of the North will be Nick Wayne and Jordan Oliver, both of whom have seen success at different levels. As a third-generation wrestler, Wayne may be best known as the youngest wrestler to receive an All Elite Wrestling contract at the age of 16. Wayne continues to ply this craft and make a name for himself on the indie scene, not only in GCW but elsewhere. Meanwhile, Oliver, a graduate of the Combat Zone Wrestling Academy, has captured multiple titles and grabbed the attention of fans around the world with his high-flying offense. This isn’t the first time that Wayne and Oliver will team up, though against a formidable duo such as Bonesaw and Corvin, this may be an instance where their teamwork matters most. 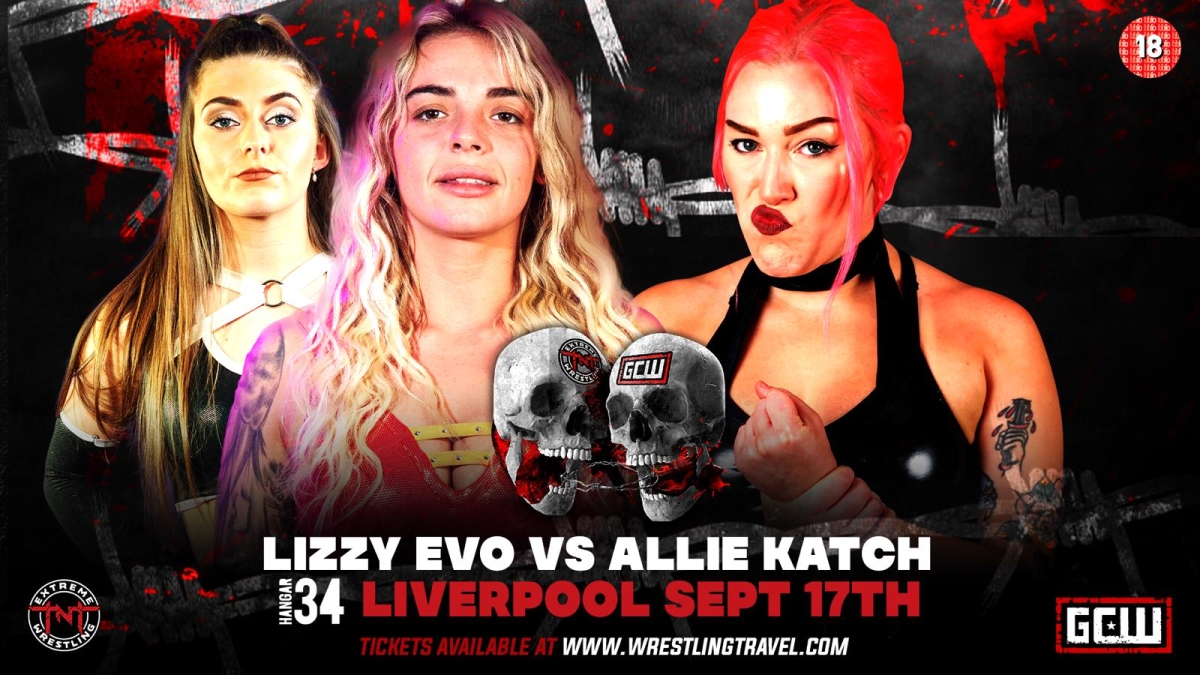 Another name representing TNT to keep an eye on is the self-proclaimed “Princess of Wrestling,” Lizzy Evo. Hailing from Liverpool, Evo is coming off a stint in NXT UK, where she wrestled under the name Eliza Alexander. Furthermore, she formed a partnership with Xia Brookside in the promotion. This past month, however, her name was included in a list of several released from NXT UK and WWE at large. Nonetheless, it hasn’t taken her long to get back into the swing of things, immediately plugging herself back into the independent scene. In February of 2020, she became the fourth person to capture the TNT Women’s Champion, holding it for a staggering 644 days. During this time, Evo defended the belt against Millie McKenzie, Charli Evans, and more.

This isn’t the extent of Evo’s accomplishments, either, as she captured gold in Preston City Wrestling and Defiant Wrestling, among other promotions. Thus, it should come as no surprise that she’d enter TNT vs. GCW with confidence. However, she’ll have to keep her mind focused on her opposition as she’ll be facing Allie Katch representing GCW. Whether working solo or teaming with her partner in BUSSY, EFFY, Katch is one of the most popular stars in GCW. She’s also known for combining technical wrestling with a deathmatch approach, making her one of the more unpredictable stars in the company. Keep in mind that this event marks Evo’s GCW debut, so it should go without saying that a victory means that much more to her.

TNT Extreme Wrestling vs. GCW will take place in Liverpool, England on September 16, 2022.

Stay tuned to the Last Word on Pro Wrestling for more on this and other stories from around the world of wrestling, as they develop. You can always count on LWOPW to be on top of the major news in the wrestling world, as well as to provide you with analysis, previews, videos, interviews, and editorials on the wrestling world. TNT vs. GCW is set to air Saturday on FITE. Tickets are available via Wrestling Travel. For those attending in person, keep the following times in mind: