For the first time ever, Game Changer Wrestling is United Kingdom-bound. The action begins this Friday with the event amply named GCW Liverpool, which will take place at the Hangar 34 venue located in the city in question. To say that this is a landmark event for the independent wrestling company would be an understatement, though given how far and wide GCW has traveled over the past several months, it would only make sense that said company make its way over the pond. For those that are unable to attend the show in person, all the action will air live on FITE. Here’s what to know before this event takes place. 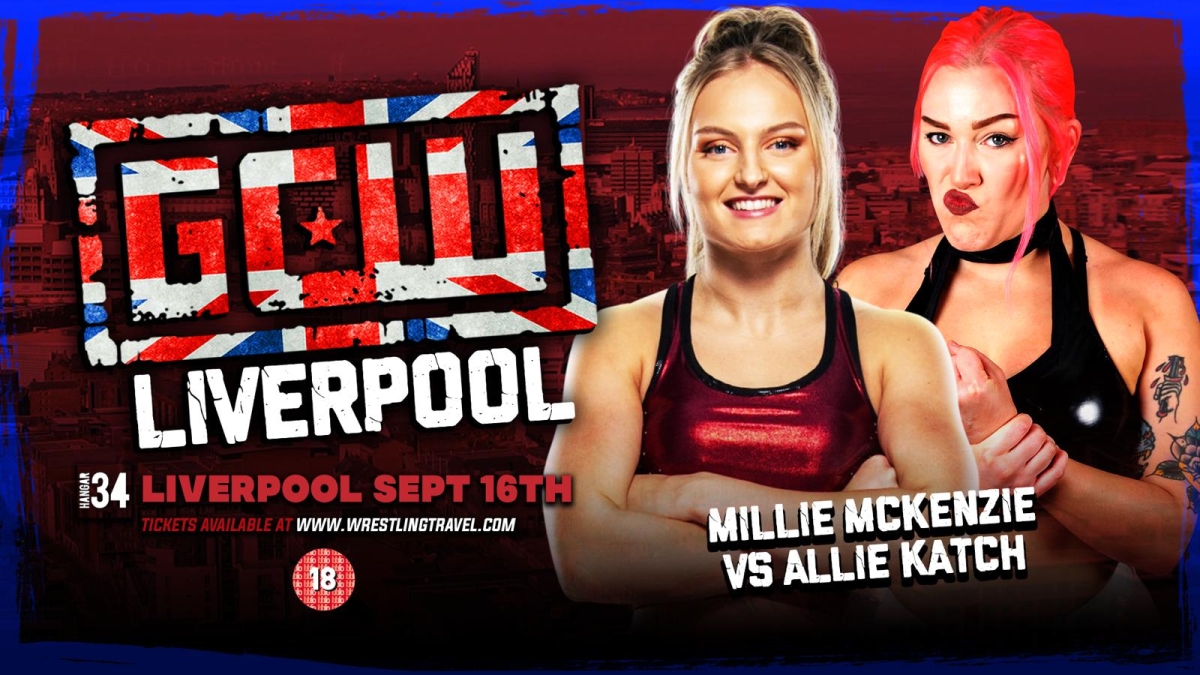 One of the stars making their Game Changer Wrestling debut in Liverpool is young upstart Millie McKenzie. Often regarded as one of the future game changers – for lack of better terms – of women’s wrestling, she has been able to live up to her reputation well. NXT UK viewers may know her under the name Emilia McKenzie, watching as she picked up victories over such names as Amale, Isla Dawn, and Nina Samuels. This past August, however, she was among several NXT UK stars released from WWE, though it didn’t take long for her to reacclimate herself to the independent scene. GCW Liverpool will be a major test for McKenzie, though given the aforementioned reputation she’s built, it’s safe to say she’s up for the task.

Beyond her stint in WWE, McKenzie wrestled everywhere from Pro-Wrestling: EVE to Tokyo Joshi Pro-Wrestling, traveling the world as she continued to create a name for herself. Some of the accomplishments to McKenzie’s name include an EVE Tag Team Championship reign alongside Charli Evans, in addition to junior and tag team title victories in Sendai Girls. In 2019, she won EVE’s SHE-1 tournament, besting current All Elite Wrestling star Mercedes Martinez to do so. This Friday, McKenzie steps up to another tall challenge in the form of Allie Katch, one of the stalwarts of GCW. This will be a first-time singles encounter, and between McKenzie’s technical approach and Katch’s propensity to take her wrestling to the extreme, this promises to be an interesting combination of styles. 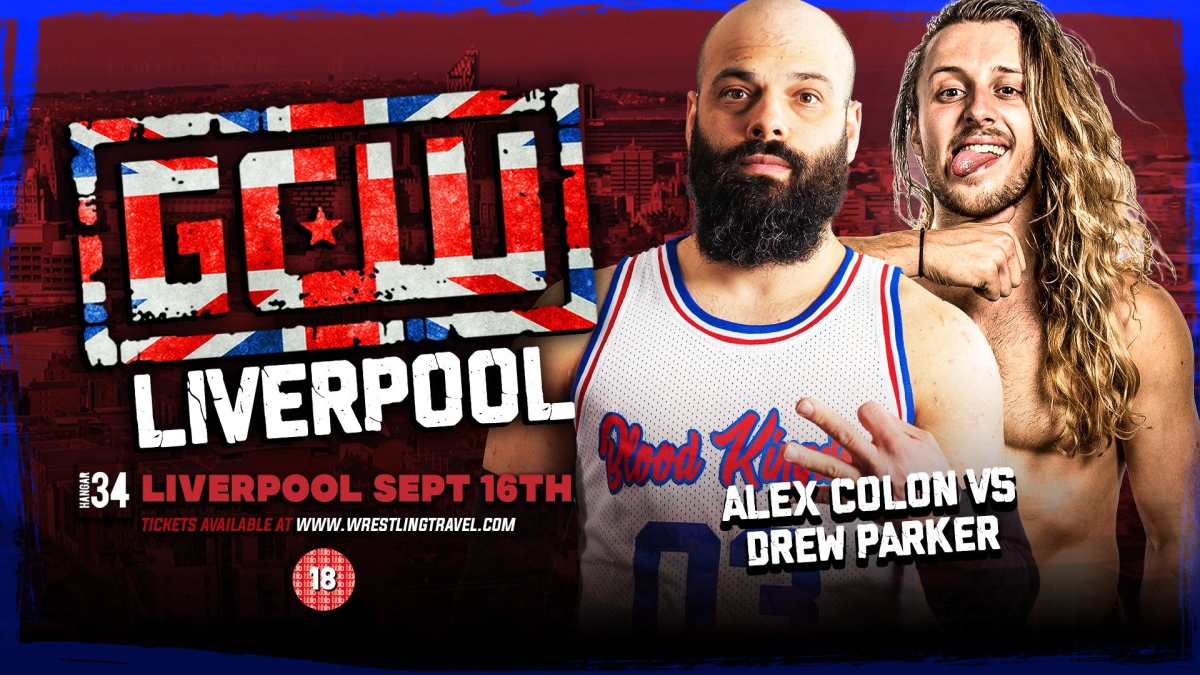 Not only does GCW Liverpool mark the Game Changer Wrestling return of Drew Parker but he’ll be competing in his home country against Alex Colon. Also known as “The Urchin Prince,” Parker is regarded as one of the most promising deathmatch wrestlers in the scene today. He has largely wrestled in Japan as of late, specifically for Pro Wrestling FREEDOMS. In fact, it was last month that Parker bested Daisuke Masaoka to capture his first King of FREEDOM World Championship. Other accomplishments to Parker’s name include two BJW Deathmatch Heavyweight Championship reigns with Big Japan Pro-Wrestling, a GCW Ultraviolent Championship reign, and more recently, winning the Tournament of Survival 7 this past June. Despite these accomplishments, it would seem that possibilities are endless for the deathmatch specialist from Wales.

It’s important to note that this isn’t the first time that Parker and Colon have wrestled each other. Think back to last year’s GCW Homecoming event; on Night 1 of the festivities, Parker bested Colon in a Title vs. Title Match to not only retain the BJW Deathmatch Heavyweight Championship but claim Colon’s GCW Ultraviolent Championship. Since that time, the gritty, seasoned Colon continued to rack up success, capturing the GCW Ultraviolent title two more times and win such endurances as the Nick Gage Invitational 6. It can be argued that the loss at last year’s Homecoming has been eating away at his mind, however. Can he redeem himself one year later in Liverpool? 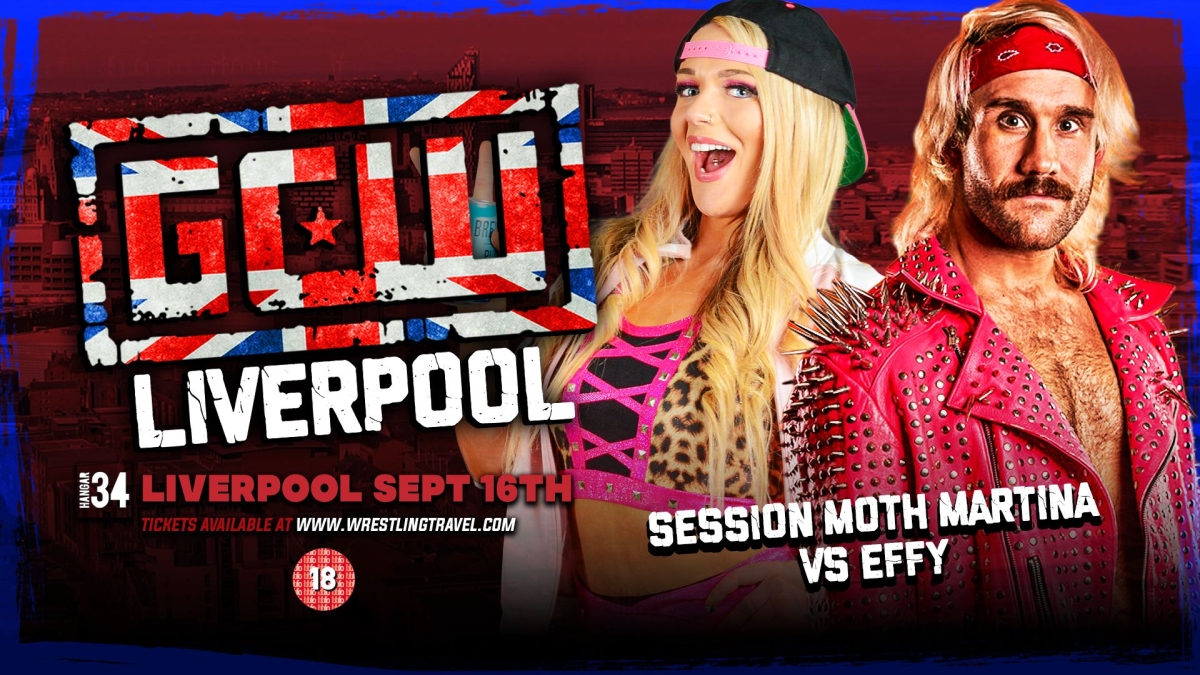 The Session Moth Returns to GCW

Another announced match to keep an eye on is Game Changer Wrestling stalwart EFFY taking on the returning Session Moth Martina. Hailing from Dublin, Ireland, Martina is an established veteran of the independent scene with a fun-loving style all her own. Living up to the moniker of “session moth,” Martina is just as apt to drink, party, and have a good time as she is to take the fight to any opponent standing in her way. In fact, it’s the former demeanor that has made her a fan favorite anywhere she’s wrestled. From Pro-Wrestling: EVE to STARDOM to Ring of Honor, she’s made an impression in every location she’s wrestled. This Friday, however, she returns to GCW, wrestling there for the first time since April 2019, wrestling in the aptly named Five O’Clock Somewhere Last Person Standing Match.

With this said, however, one shouldn’t overlook the in-ring credentials of “The Session Moth.” In Over the Top Wrestling, one of the promotions she was a prominent star in earlier in her career, she won the company’s Women’s and Gender Neutral titles each on 2 occasions. At GCW Liverpool, she faces, for the first time, “The Weapon of Sass Destruction” EFFY. Much like Martina, EFFY boasts a playful approach that made him popular with fans around the world. Again, not unlike his opponent, EFFY isn’t afraid to compete and even take matters to the extreme if need be. One should expect this singles encounter to be jocular but a competitive nature should be anticipated as well.

GCW Liverpool will take place in Liverpool, England on September 17, 2022.

Stay tuned to the Last Word on Pro Wrestling for more on this and other stories from around the world of wrestling, as they develop. You can always count on LWOPW to be on top of the major news in the wrestling world, as well as to provide you with analysis, previews, videos, interviews, and editorials on the wrestling world. GCW Liverpool is set to air Friday on FITE. Tickets are available via Wrestling Travel. For those attending in person, keep the following times in mind: