Nostalgia is one of the most powerful entities in the world. It has the ability to cloud or impair our judgment, causing us to misremember the past. Case and point, long-time pro wrestling fans have memories of wrestlers, matches, and shows that, upon further inspection with modern lenses, don’t stand the test of time nearly as well. Despite this, there are instances when, even years down the road, our memories remain fresh, allowing us to enjoy what we found joy in during our youth. Case and point, SummerSlam 2002 was, at the time, regarded as one of the best pay-per-view events in both WWE and wrestling history. Even now, two decades after the fact, it remains one of the best events that any company has ever put on.

SummerSlam 2002 is an important event for numerous reasons. On a personal note, it was the first wrestling show I ever attended and it opened my eyes to the live experience that I could only ever imagine as a fan sitting at home. Beyond personal sentimentality, it stands as a solid show that changed the overall landscape of the business. SummerSlam 2002 originally took place on August 25 at Nassau Veterans Memorial Coliseum in Uniondale, New York. Twenty years later, we examine why this summer show remains one of the greatest wrestling events.

A Star-Studded Roster Not to Ignore

This doesn’t even begin to touch on the men that reached world title status in the years to come. Such names include Rey Mysterio, Edge, Chris Benoit, Eddie Guerrero, Christian, Rob Van Dam, and of course, Brock Lesnar. Up and down the card, the talent is undeniable. Thus, it should come as no surprise that they were able to put on a show that fans fondly

An Exciting Opening Match to Set the Pace at SummerSlam 2002

The importance of an opening match to any show can’t be overlooked. It helps set the pace for the rest of the show in question, bringing excitement to the venue. This particular task went to Kurt Angle and Rey Mysterio, who have yet to meet in singles competition. Behind the scenes, Mysterio was concerned, wondering if his style would mesh with WWE’s resident Olympic Gold Medalist. Angle put his opponent’s mind at ease and what culminated was one of the most memorable openers in both SummerSlam and wrestling history.

Angle and Mysterio wrestled for a little over 9 minutes, and while this may seem like a handicap on the surface, it never felt that way on execution. The competitors involved made the most of every moment they had, whether it was Angle focusing on wearing down his speedier opponent or Mysterio using his speed to keep his wrestling machine of an opponent on his toes. In fact, had it not been for our next talking point, Kurt Angle versus Rey Mysterio would have been the show-stealer. 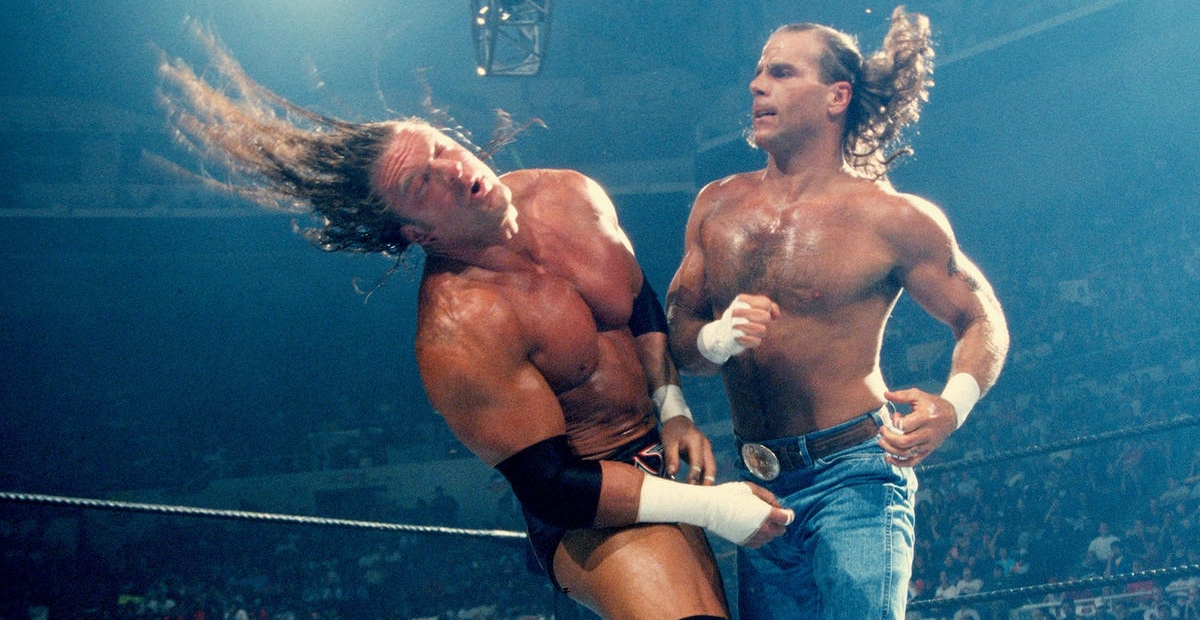 Shawn Michaels Steps Foot Back Inside a WWE Ring

SummerSlam 2002 was promoted using various selling points, chief among them being the return of Shawn Michaels inside a WWE ring. Granted, this technically wasn’t his first match since his main event encounter with “Stone Cold” Steve Austin at WrestleMania XIV; a simple scroll through any digital wrestling database will make this evident. However, the fact that “The Heartbreak Kid” was stepping back into the ring, especially following his devastating back injury in 1998, had the wrestling world buzzing. Michaels served as the old outlaw, looking for one more fight and, more importantly, revenge against his former friend and ally in Triple H.

Michaels left little on the proverbial table, pulling off maneuvers that had the crowd at Nassau Coliseum on the collective edge of their seats. From speedy nip-ups to a diving elbow drop off a ladder, fans were treated to flashes of the “HBK” of old. However, it was his wiles that won out, as he rolled up Triple H for the surprise victory. Post-match, an irate “Cerebral Assassin” attacked Michaels with the sledgehammer, leaving him laying before limping up the ramp with a twisted smile on his face. Little did fans know, at the time, that this would mark the beginning of Michaels’ second WWE run. 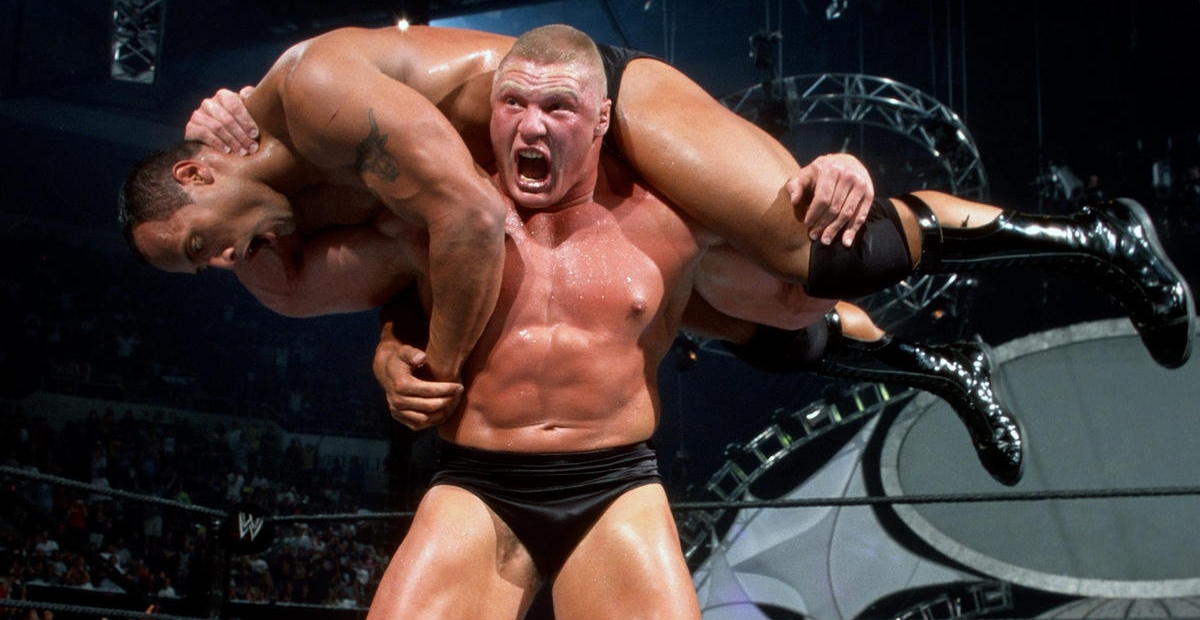 When Brock Lesnar made his WWE debut in March of 2002, it quickly became evident that he was special. From his blistering agility to immeasurable power, not to mention the backing of Paul Heyman, Lesnar had all the tools to thrive in wrestling. He quickly ascended the ladder of WWE, winning that year’s King of the Ring tournament and picking up dominant victories over such names as The Hardy Boyz and “Hollywood” Hulk Hogan. SummerSlam would be his biggest test to date, however, as the challenged The Rock for the WWE Undisputed Championship.

Following a 16-minute encounter with “The Great One,” Lesnar seized the WWE Undisputed Championship, his first title with the company at that. Furthermore, at the age of 25, he became the youngest WWE world titleholder at the time. Of course, this began what became numerous successful stints with the company that included future world title and Royal Rumble victories. However, it was at SummerSlam 2002 where his true ascent began.

The Genesis of Hollywood Rock

Lesnar’s victory at SummerSlam 2002 shouldn’t take away from The Rock’s loss, however. Fans that watched live in attendance will remember “The Great One,” who wasn’t treated favorably by those very fans, took a microphone to verbally run them down. He declared that “sing-along” with him was over, effectively turning his back on the people. From there, The Rock took an extended leave from the company to focus more on acting. Wrestling fans that were in the know were aware of this as well, fueling the aforementioned negative reaction.

What this sparked, however, was one of the most interesting arcs in The Rock’s storied wrestling career. In January of 2003, he returned with a new attitude, becoming more animated and, just as notably, antagonistic toward the fans. This marked the beginning of “Hollywood Rock,” whose antics ranged from live concerts to a final battle with Steve Austin at WrestleMania XIX to even a brief feud with The Hurricane. “Hollywood Rock” was nothing short of memorable and its origins can be traced back to SummerSlam 2002.