This Saturday, Game Changer Wrestling returns to Atlanta, Georgia for GCW Hope 2 Die. With the action set to take place from the Center Stage venue, GCW promises to bring action featuring many of the company’s most prominent stars, including consistent performers and returning faces. Given that the company will just be coming off GCW Sanctified the evening prior, all eyes are on the company and its wrestlers to perform at the highest level. Whether you’re looking to attend in person or watch from home via FITE, here’s what to expect from an in-ring standpoint. 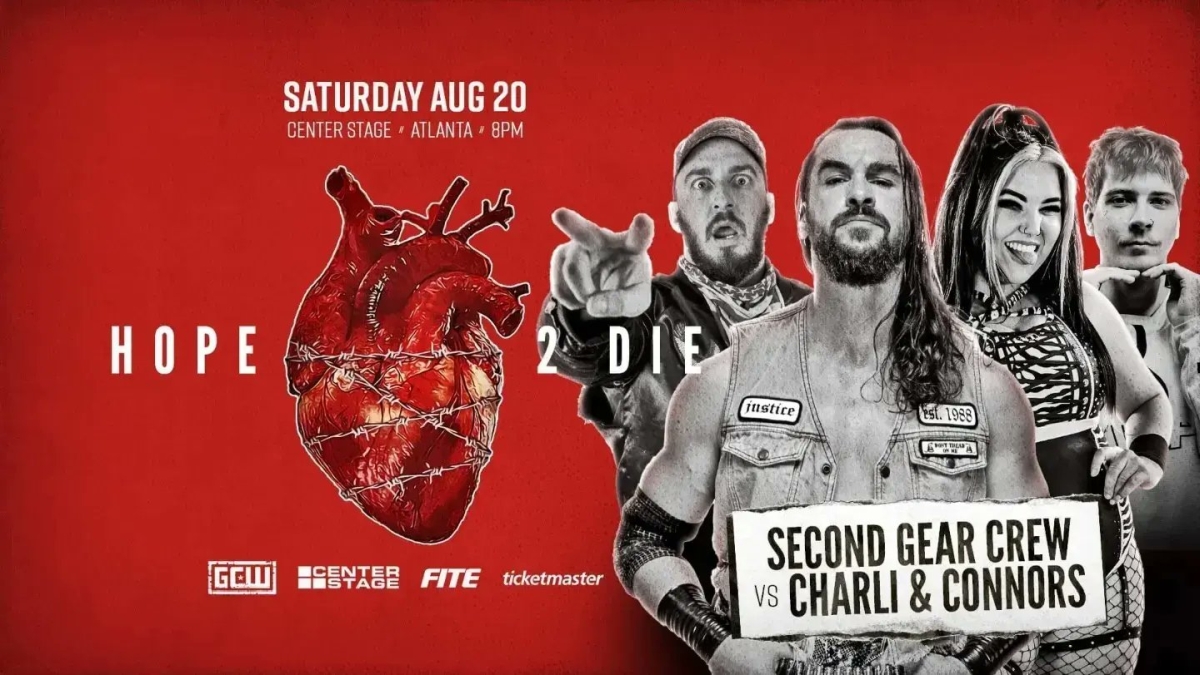 At GCW Hope 2 Die, the loving couple known as Charli Evans and Everett Connors will square off with Second Gear Crew members Mance Warner and Matthew Justice. Fans of Game Changer Wrestling and its sibling promotion, Jersey Championship Wrestling, are no doubt familiar with the escapes of Evans and Connors. They’ve become the perennial couple of the deathmatch wrestling scene, not only working side by side but squaring off against each other. Think back to JCW Dead End earlier this year, when Evans bested Connors in a Loser Leaves JCW Match. Even with this encounter in mind, the couple continues to wrestle with one another, most recently facing BUSSY in a losing effort at GCW Homecoming 2022 Part 2. However, Hope 2 Die marks a new challenge for the couple.

It’s also a challenge that Evans and Connors shouldn’t easily overlook. Keep in mind that Mance Warner and Matthew Justice are former GCW Tag Team Champions, having won the titles in July of 2021. They are also former tag team titleholders in the Horror Slam Wrestling promotion; who knows where else the Second Gear Crew duo may take their talents next? In any event, while tag team gold will no doubt be in their sights, they must focus on their upcoming match this Saturday. Despite the youth of their opponents, Warner and Justice shouldn’t write off Evans and Connors as an easy victory. In fact, the Second Gear Crew representatives may have to dig down deep if they intend on leaving Center Stage victorious. 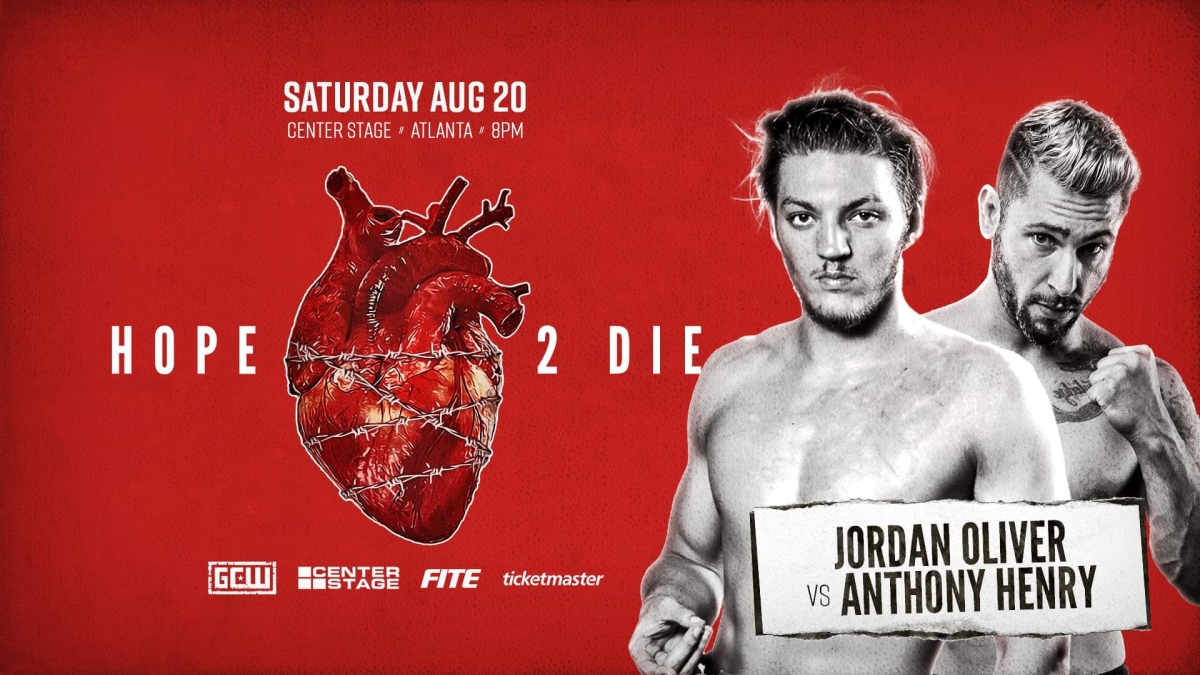 For the first time in nearly 3 years, Anthony Henry steps foot in a Game Changer Wrestling ring. Often regarded as one of the smoothest technical wrestlers on the independent scene today, the former Asher Hale of WWE boasts roughly two decades of in-ring experience. Despite this, at the age of 37, he’s arguably in the prime of his career, looking to make an impression anywhere he can. He made his professional debut in 2002 but it wasn’t until the mid-2010s that he started to build considerable momentum for himself. From EVOLVE Wrestling to ACTION Wrestling to New Japan Pro-Wrestling to, most recently, All Elite Wrestling, there are few promotions of various shapes and sizes he’s yet to touch.

It’s also worth noting that it’s been recently reported that Henry signed a deal with AEW, meaning that his independent dates may become fewer and further between. Nonetheless, he aims to make an impact at GCW Hope 2 Die against Game Changer Wrestling regular Jordan Oliver. While Henry is known for his technical style, as mentioned earlier, Jordan is more apt to take to the skies, utilizing aerial maneuvers against his opponents. While he may not boast the same level of experience as his Hope 2 Die opponent, Oliver is coming off momentum from GCW Homecoming 2022 Part 1, where he bested Ninja Mack. Can Jordan Oliver continue this roll against the returning Anthony Henry?

Stay tuned to the Last Word on Pro Wrestling for more on this and other stories from around the world of wrestling, as they develop. You can always count on LWOPW to be on top of the major news in the wrestling world, as well as to provide you with analysis, previews, videos, interviews, and editorials on the wrestling world. GCW Hope 2 Die is set to air Saturday at 8 PM EST on FITE. Tickets are also available via Ticketmaster.