On Monday, May 9, Uncharted Territory returns for the fourth season and, for the first time ever, it does so from Tennessee. The first three seasons of Uncharted Territory originated from the White Eagle in Worcester, MA under the supervision of Beyond Wrestling. However, at Women’s Wrestling Revolution Plus’ Galentine’s Day Massacre back in February, the rights to Uncharted Territory were put up in a match where AC Mack defended the IWTV Independent Wrestling World Championship against Willow Nightingale. Mack would win that match and that result is how we got here. Let’s take a look at Uncharted Territory Season 4 Episode 1. 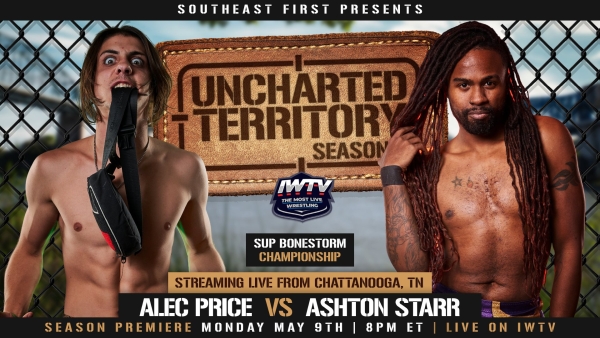 Alec Price has been such an important aspect of the feud between Beyond Wrestling and ACTION Wrestling. When Jaden Newman recently came up to Wrestling Open, Price was able to capture the SUP Bonestorm Championship from him and he won over the fans in Worcester at the same time. Ashton Starr, however, played a role in getting Uncharted Territory out of the White Eagle, so it can only be assumed that Starr will be looking to play spoiler to the Northeast fans. Certainly, a match to watch; the odds have to be in favor of Ashton Starr with the home-court advantage. 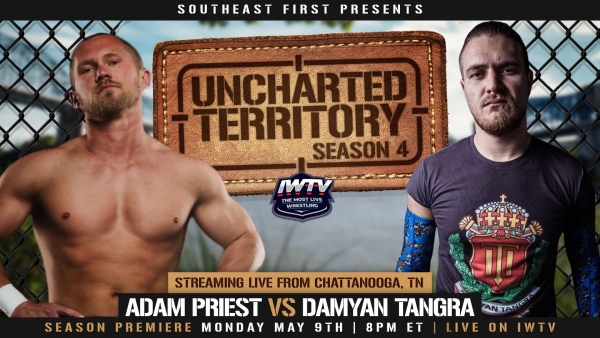 On the same show that AC Mack won the IWTV Independent Wrestling World Championship, Adam Priest suffered a loss to Anthony Henry while Damyan Tangra lost to the TWE Champion, Merc. This match on Uncharted Territory Season 4 Episode 1 might feel like a fresh start for both of these wrestlers, allowing them to showcase what they can do against each other in front of perhaps the most amount of new eyes in quite some time. Both are going to be hungry for a win and it’s going to be an absolute scrap. 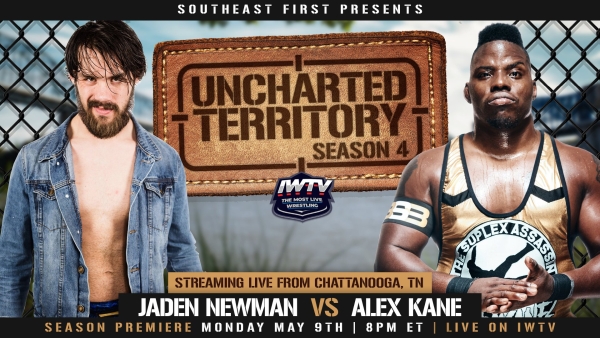 Alex Kane can currently be seen tearing it up in Major League Wrestling, among other promotions, and while he tends to rely on his raw power, Jaden Newman relies on the fast-paced strikes and kicks to win matches. Though this might be a clash of styles in that regard, these two are going to hit each other with everything they’ve got and this might be the match to steal the show. 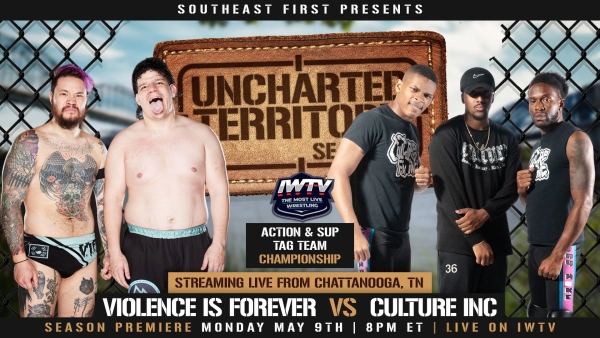 Violence Is Forever vs Culture Inc

Two of the absolute best tag teams right now in the world are Violence Is Forever (who have won Tag Team Of The Year Awards for IWTV in the past) and Culture Inc, one of the only differences being that VIF has perhaps been a bit more established for a longer time. This will likely only make Culture Inc work that much harder, knowing that a win over VIF will solidify Culture Inc into a top spot in tag team divisions everywhere. Tag team wrestling is alive and well in the south and this match should prove just that to all who watch. 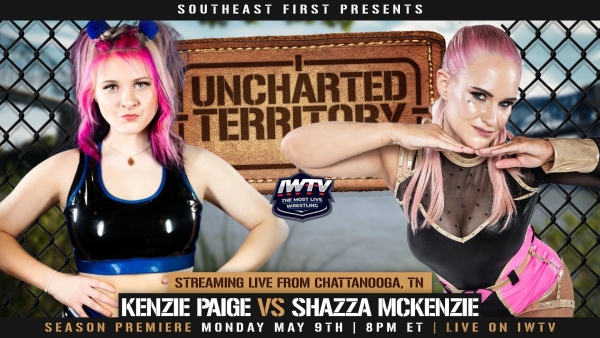 Promising not to make any jokes about Shazza McKenzie being from the deep south (like Little Nicky) this should be an interesting match as Kenzie Paige is one of the staples in this area and McKenzie is on loan from Australia. McKenzie has been just about everywhere on this tour of the United States and one can only assume that Paige wants to send her back home with a loss. This is going to be a hard-hitting affair between two wrestlers who are at the top of their game. 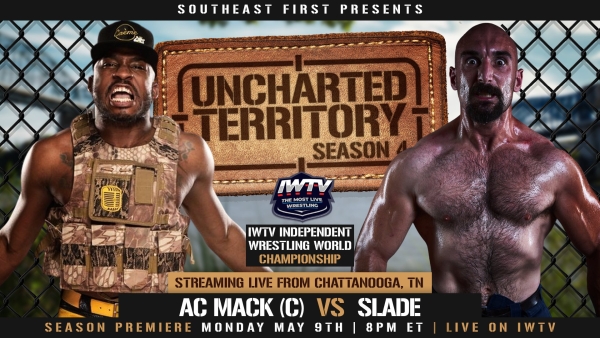 Back in December 2021, to close out the year at The Wrestival, Slade was handed a loss at the White Eagle in Worcester, MA at the hands of AC Mack. The two would meet again later, in March, at Beyond Wrestling’s Munky Business, which saw Slade defeat Mack in a No DQ / non-title match. For the first time, Slade comes to Mack’s stomping grounds with the IWTV Independent Wrestling World Championship on the line. Who comes to the south to help Slade may or may not be an issue, as he is more than capable of winning this match on his own, but the real question is whether Mack will play fair. Odds are good that no one in TN is letting that title leave with Slade.

All of this plus the return of the Discovery Gauntlet takes place on Monday, May 9th, 2022, live from Chattanooga, TN and on IWTV! For tickets and more information, please visit ShopIWTV.