EVE Riot Grrrls of Wrestling has been creating some of the best possible wrestling content, focusing on women within the United Kingdom and occasionally bringing in special guests from the outside. Recent shows have featured such names from the U.S. as B3CCA and Hyan, as well as The Hex– Marti Belle and Allysin Kay. This show simply has a stacked lineup and if you’ve never seen an EVE show before, Global Women Strike 3 might be a perfect place to start.

In a bit of sad news, one of the top stars in all of wrestling- Lana Austin– will not be appearing on this show as she is out recovering from injury. We’d like to wish her all the best in her healing time. 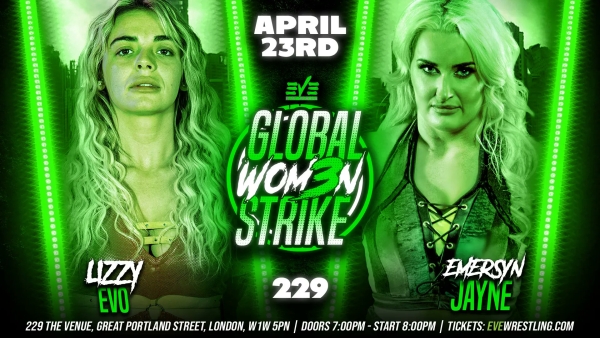 Both of these wrestlers have been such a huge part of EVE that it just doesn’t feel like a show without either of them. Lizzy Evo has had some big matches, defeating Alex Windsor and Charlie Morgan, and has also appeared in the NXT UK brand under the name Eliza Alexander. Meanwhile, Emersyn Jayne lost the EVE Championship back in February to Jetta. This certainly feels like the type of match where both of these wrestlers are going out there with something to prove. Jayne would be back in line to try and reclaim the EVE title while Evo would just be looking to get a title shot with another strong victory, this time over a former champion. 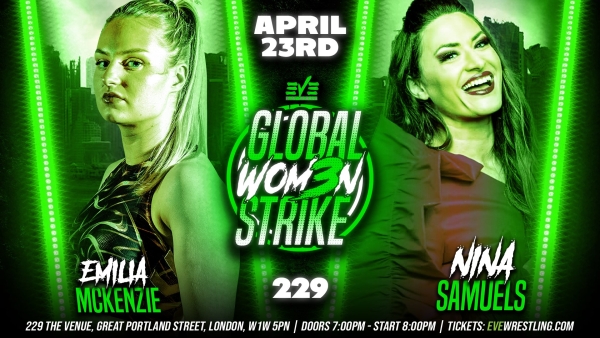 Two wrestlers who are part of the NXT UK brand collide in what might be a dark match for legal purposes. If WWE could just find a way to have an all women’s show in the UK, it would be quite good, but I do suppose that could also just end up being a toned down version of EVE. Only the live crowd might see this match, but it will still be a good one. 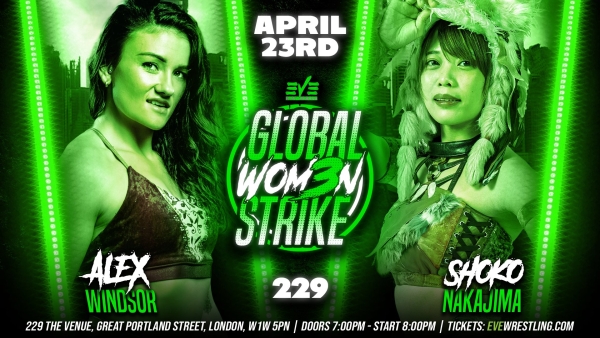 Shoko Nakajima, the 1.47m Big Kaiju, makes her way from Tokyo Joshi Pro-Wrestling to EVE and there really might not be a better opponent than Alex Windsor. Windsor has had some losses in EVE to the likes of Lizzy Evo and Max The Impaler. However, Windsor has also scored some big wins in RevPro over Allysin Kay and PROGRESS against Holidead. This is going to be a battle that you don’t want to miss! 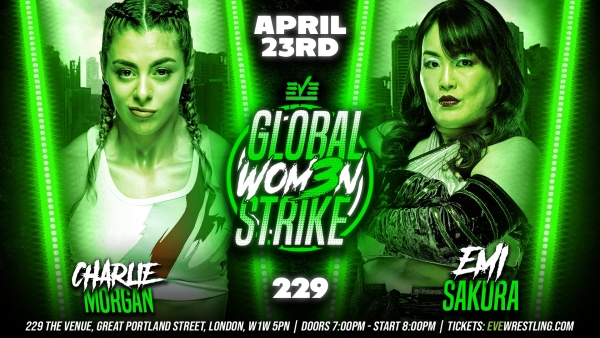 To most fans, Emi Sakura is known as being part of All Elite Wrestling while to more dedicated fans she would be known for Gatoh Move Pro Wrestling. Charlie Morgan has had some big tag team wins lately but also defeated Hyan back in March in a SHE-1 Qualifying Match. Both of these wrestlers might be fan favorites as well and that will only likely make this match that much more fun. 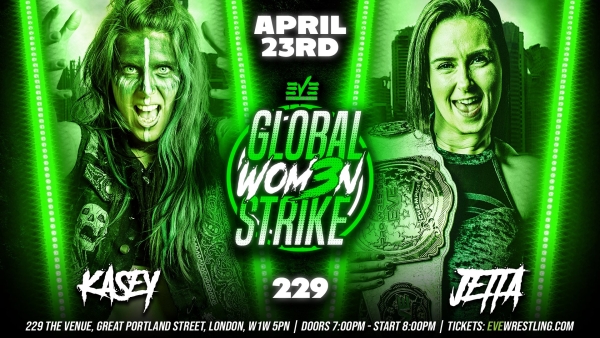 Back in December of 2021, Kasey picked up a solo win over Mila Smidt but seems to spend most of her time in the She-Wolves tag team with Molly Spartan. Jetta is the current EVE Champion, a title which she has successfully defended against Skye Smitson on April 1. It’s going to be interesting to see what Kasey brings to this match as a singles wrestler and both of them will likely just leave it all out there in the ring. 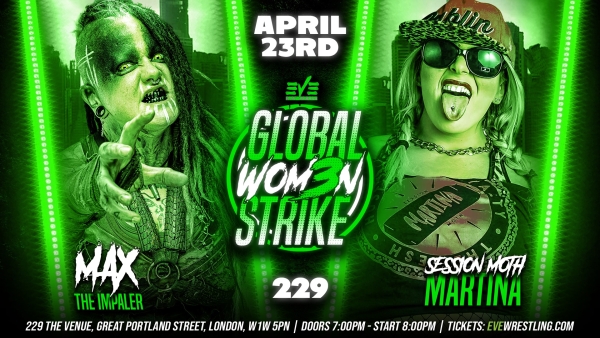 Anywhere this match happens, it’s a main event but it seems only fitting for it to be on an EVE show at Global Women Strike 3. Both wrestlers are known for their time in Ring of Honor. Session Moth Martina has appeared in AEW and is perhaps one of the biggest recognized names in all of the UK wrestling scene. Max The Impaler is competing in their third match as part of EVE, with wins over Clementine and Alex Windsor. Though Martina can sometimes play to the comedic side of wrestling, she has also been involved in some fairly brutal wars. This one might start off friendly enough and in good fun, but Max is not there to play and this could turn really violent really quickly. This one has “Match of the Year” written all over it.

All this, plus The AVA, Skye Smitson and more, can be viewed on their YouTube Channel live and on replay. The beginning of the event streams for free while the majority of it will be for premium subscribers only (which is about $10 a month and more than worth it) For more info, tickets, etc., please visit: https://www.evewrestling.com/Tickets/

Stay tuned to the Last Word on Pro Wrestling for more on this and other stories from around the world of wrestling, as they develop. You can always count on LWOPW to be on top of the major news in the wrestling world, as well as to provide you with analysis, previews, videos, interviews, and editorials on the wrestling world. Learn more about EVE Riot Grrls of Wrestling on Facebook and Twitter.