The finals of the Max Heart Tournament and the first International Princess Championship defense for Maki Itoh take place on February 11 at Korakuen Hall. Tokyo Joshi Pro-Wrestling’s Positive Chain ’22 will be live-streamed for free and in English thanks to Chris Brookes and Baliyan Akki on the TJPW YouTube channel. 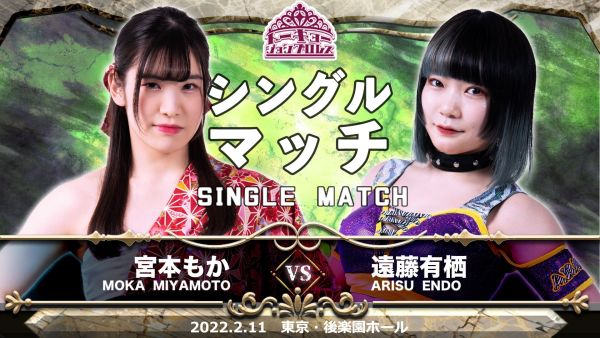 TJPW Positive Chain ’22 kicks off with Moka Miyamoto taking on Arisu Endo. These two have had a good run during the recent tag tournament, especially Miyamoto who managed to reach the semi-finals with Yuki Arai. Although Endo has been on the losing side of several matches this year, she has proven herself as one of the best up-and-comers in the company. This match will be a fun, quick opener ready to set the tone for the rest of the show. 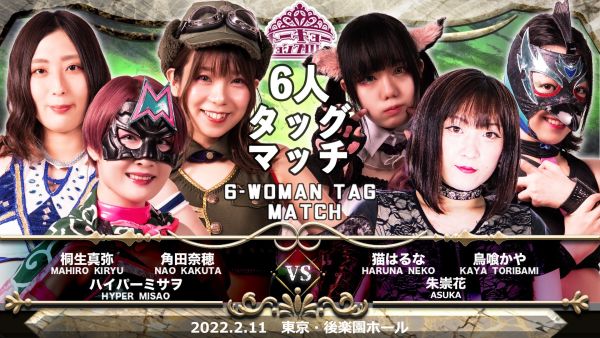 Freelance favourites Ram Kaicho and ASUKA return to TJPW for a six-woman tag team match. Kaicho was last seen in the company during the Wrestle Princess show and left a lasting impression with fans, so it was welcomed when her return was announced. ASUKA was a part of the Max Heart Tournament alongside her partner, Yuki Kamifuku. The pair made it to the semi-finals and were favorites to win. These two being on opposite sides of the ring alongside some interesting characters on the TJPW roster could very well make this a dark horse favorite of the show. 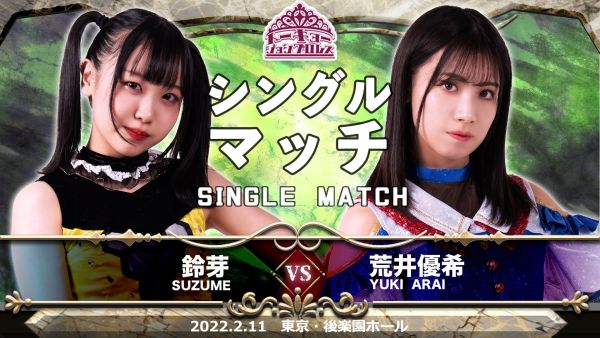 Yuki Arai was recently named the third most popular wrestler in Japan, coming third to New Japan Pro-Wrestling stars Hiroshi Tanahashi and Tetsuya Naito. This is obviously a huge deal for the company and they are looking to capitalize on her idol popularity by having her compete more frequently on shows, which comes as great news as she has quickly picked up her wrestling skills. Suzume is another young member of the roster that has shown how good her skills are and that she is ready to start moving up on the pecking order. This should be quite a good match and could elevate both women to go after the International Princess title. 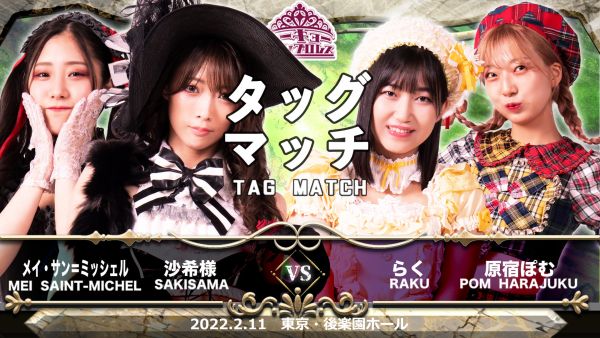 Sakisama and Mei Saint-Michel make their return from France earlier than expected. The two missed out on the tag team tournament and haven’t been seen in TJPW since October last year. They will be making their anticipated return against Raku and Pom Harajuku. Raku was part of the last match that NEO Biishiki-gun had where the latter won, so it does seem like the strong team of Sakisama and Saint-Michel will be able to pick up the victory once again. 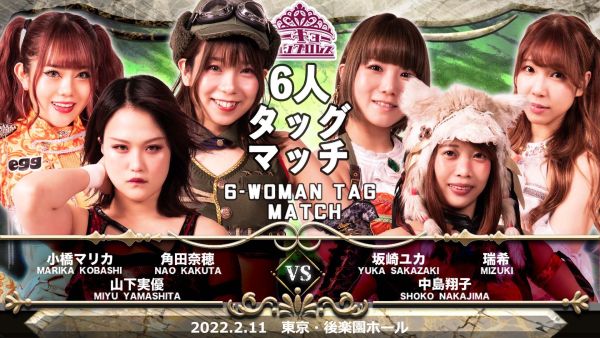 The Princess Tag Team Champions will be involved in six-woman tag team action. Mizuki and Yuka Sakazaki defended their tag team titles against Miyu Yamashita and her partner, Maki Itoh, back in November but have yet to defend their title since then. If Nao Kakuta is able to get the pin on either titleholder, the Princess Tag Team Champions could be defending the titles against Nao and her partner, Hikari Noa. Likewise, on the other side, picking up the win on Yamashita could lead someone to a Princess of Princess Championship match later on. This will be a match to watch out for with all the incredible talent featured. 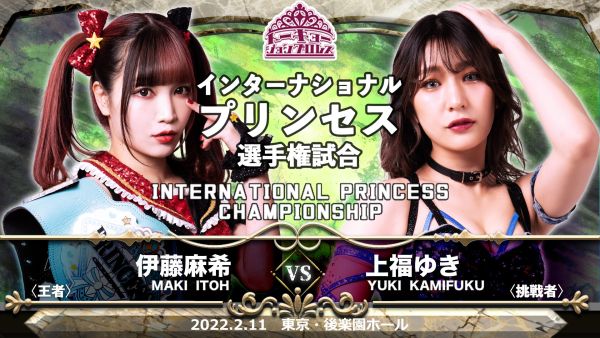 Best friends will be clashing in the only title match on the card as Maki Itoh defends her International Princess Championship for the first time against Yuki Kamifuku. Kamiyu recently lost the Max Heart Tournament finals alongside ASUKA, but after their team got the win over Itoh and Miyu Yamashita, Kamiyu went in to challenge for the title she has previously held. These two have never fought for the title when they both held it previously, so it will be interesting to see how these women step up their game when it comes to having a championship on the line. However, with the show being broadcast in English and for free on YouTube, it will put more eyes on not only internationally adored Maki Itoh but also Kamiyu, who is as equally as talented as “Itoh-chan.”

The Max Heart Tournament comes to a close in the main event of TJPW Positive Chain ’22. The Bakuretsu Sisters will be coming to an end soon due to Nodoka Tenma graduating from TJPW, so it’s nice for fans to see them heading to the finals for a shot at the Princess Tag Team Championship in the future. This won’t be easy as they are going against Rika Tatsumi and Miu Watanabe, who have proven time and time again that they are one of the strongest teams in the company; Watanabe, in particular, is one of the physically strongest stars on the roster. This could be a front-runner for the match of the night, showing that TJPW has some amazing wrestlers on the roster. It’s almost too close to call but it seems like Tatsumi and Watanabe could be the ones getting the tournament win.