A Guide to Champions in AJPW

These are the current champions of All Japan Pro Wrestling as of February 5, 2022. 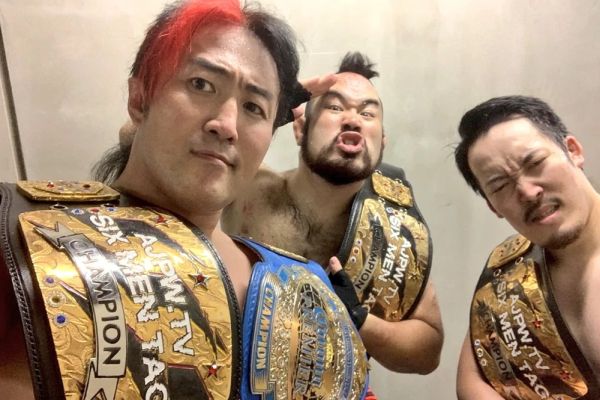 The AJPW Six-Man Tag Team Championship is one of the newest championships of All Japan Pro Wrestling, the first champion being crowned at the end of 2020. Since its creation, the Six-Man Tag Team Championship felt like just an extra title in AJPW, given its sporadic history. Even the current AJPW six-man tag champions are completely broken up as Seigo Tachibana and Takayuki Ueki recently on Yoshitatsu following the return of KAZMA Sakamoto. It’s likely this belt might be vacant sooner rather than later.

The All Asia Tag Team Championship is considered the second tag team championship for All Japan Pro Wrestling. While not established as a junior heavyweight tag title, it is often a title that usually has junior talent holding it. Furthermore, the Jr. Tag Battle of Glory has been used to crown #1 contenders for the championship. The All Asia Tag Team Championship is also among the oldest in wrestling, even predating AJPW in 1955. One of the most famous matches for championship history was Kenta Kobashi and Tsuyoshi Kikuchi vs. Doug Furnas and Dan Kroffat.

The current champions are Total Eclipse’s Hokuto Omori and Yusuke Kodama. Omori and Kodama defeated El Lindaman and T-Hawk to capture the titles and have had one successful title defense since then. The upcoming challengers are Takato Nakano and Masato Kamino of the BASARA promotion. 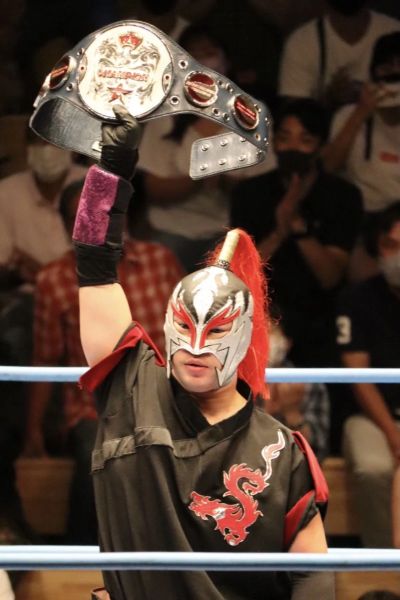 The World Junior Heavyweight Championship is the top prize of All Japan Pro Wrestling’s junior heavyweight division. This title boasts a lineage of legends. It was held by greats such as Yoshinari Ogawa, Masanobu Fuchi, Kaz Hayashi, the late Atsushi Aoki, and even the modern-day Koji Iwamoto. It’s a championship, that since the departure of Iwamoto, has become borderline chaotic.

The championship changed hands sporadically in 2021 with six new champions in AJPW, four of them not having one defense as champion as well. Since Koji Iwamoto left the junior scene, and AJPW as a whole, SUGI has taken up the mantle as the top star of the junior division. He defeated Super Crazy to start his second run as World Junior Heavyweight Champion. In this reign, he has had two successful title defenses, defeating Rising HAYATO and, most recently, Andy Wu. His upcoming challenger is Hikaru Sato. AJPW has the Jr. Battle of Glory tournament to crown a contender for this championship.

The GAORA TV Championship is named after the TV station GAORA. This championship could be considered forgotten for most of its run since the early 2010s, often feeling like an afterthought. Its second-most successful champion was former booker Jun Akiyama. Ever since Akiyama lost the championship, it saw a sort of renewed interest, most notably in the deathmatch scene.

Yoshitatsu ended up becoming one of the most successful champions in the championship’s history before losing it in a TLC Match against Jun Kasai. This started a deathmatch phase for the championship in 2021, with Shigehiro Irie ending that phase when he captured the championship in October 2021, defeating former champion Shuji Ishikawa in a brutal match. Irie has had one successful title defense so far. The GAORA TV and AJPW Six-Man Tag Team Championships are the only titles in AJPW that don’t have tournaments to crown contenders. Irie’s next challenger is Isami Kodaka later in the Excite Series tour.

Shotaro Ashino and Suwama are the current reigning and defending champions in AJPW, holding the championship since September of 2021. Collectively known as Runaway Suplex, they’ve been incredibly dominant as champions. They’ve had two successful title defenses and established their current run as champions by defeating Kento Miyahara and Yuma Aoyagi last September and this past January. Suwama, one of the former aces of the company, has a history of being an incredible tag competitor.

Suwama was in a very successful tag team with Shuji Ishikawa as the Violent Giants. Together, they saw four separate reigns as champions until they broke up at the beginning of 2021. Their upcoming challengers are Koji Doi and Kuma Arashi at the end of the Excite Series tour. The Real World Tag League at the end of the year crowns #1 contenders for this championship in particular.

The Triple Crown Heavyweight Championship has been held by many great legends in AJPW. These include Mitsuharu Misawa, Kenta Kobashi, Toshiaki Kawada, Jun Akiyama, and the current day champion, Kento Miyahara. It’s one of the most prestigious championships to hold in Japan and the top belt of the promotion. Many of the title’s biggest feuds revolve around these legends. These include Misawa vs. Kobashi, Misawa vs. Kawada, Jake Lee vs. Miyahara and many more.

Kento Miyahara is currently in his fifth reign as champion. Miyahara recently won the championship by defeating Suwama and Ryuki Honda, the title being vacant for the start of 2022. This was due to former champion Jake Lee suffering a facial injury. Miyahara has his first title defense against Abdullah Kobayashi towards the end of the Excite Series tour. Both of the major heavyweight tournaments that AJPW has, known as Royal Road and Champion Carnival, lead the winners to a shot at this championship.