This weekend is set to be the biggest in the history of Game Changer Wrestling. This Sunday, the independent wrestling powerhouse will make its Hammerstein Ballroom debut with The WRLD on GCW 2022. However, the evening prior, competition will be set by the wayside as multiple game-changers, for lack of a better term, of the indie wrestling scene are honored. On Saturday, live from The Cutting Room in New York City, GCW and Orange Crush present the inaugural Indie Wrestling Hall of Fame ceremony. This event will air, for free, on FITE. Here is what to know prior to the ceremony in question.

Known largely for his work in Extreme Championship Wrestling and World Wrestling Entertainment, Jerry Lynn has been involved in the independent wrestling scene dating back to 1988. His indie work began with promotions such as Pro Wrestling America and the American Wrestling Association, not to mention numerous organizations in Mexico and Japan. In terms of mainstream wrestling, Lynn enjoyed reigns as not only WWF Light Heavyweight Champion but ECW World Heavyweight Champion. Currently, Lynn works as a coach and producer for All Elite Wrestling, Lynn was the first inductee announced for The Indie Wrestling Hall of Fame and his contributions to various companies can’t be overlooked. Lynn will be inducted by Sean Waltman, the two having worked together in smaller organizations like Pro Wrestling America and larger establishments including NWA Total Nonstop Action.

“The Notorious 187” was the second inductee announced and it should go without saying his contributions to independent wrestling are numerous. He is perhaps best known for his work in Ring of Honor and IMPACT Wrestling, the former organization where he held the ROH World Championship. Homicide saw success in IMPACT as primarily a tag team wrestler, winning multiple tag titles and being a member of The Latin American Xchange (LAX) to boot. This doesn’t even begin to touch on his work in GCW, Jersey All Pro Wrestling, Combat Zone Wrestling, and elsewhere. While Homicide will be honored at The Indie Wrestling Hall of Fame, he will have to refocus for the following evening as he challenges GCW World Champion Jon Moxley at The WRLD on GCW 2022. Homicide will be inducted by Chris Dickinson, the two having not only won ROH tag team gold together but worked together in Beyond Wrestling, Jersey Championship Wrestling, and other organizations.

From backyard wrestling to the professional scene, Ruckus began wrestling in the 1990s and has made his mark in various independent companies. He became most closely associated with CZW, having been recruited by the company’s founder, John Zandig. Ruckus was a staple of the company from 2001 to 2018, his fast-paced wrestling style capturing the attention of the company’s passionate fanbase. Furthermore, Ruckus became one of the most decorated wrestlers in the company, becoming a 3x CZW World Heavyweight Champion, 2x CZW World Junior Heavyweight Champion, and 5x CZW World Tag Team Champion. It’s also worth noting this work in companies of varying sizes, one of the biggest being ROH. Ruckus will be inducted in the inaugural Indie Wrestling Hall of Fame class by Sonjay Dutt, their rivalry including such matches as their hellacious battles for the CZW junior heavyweight title. 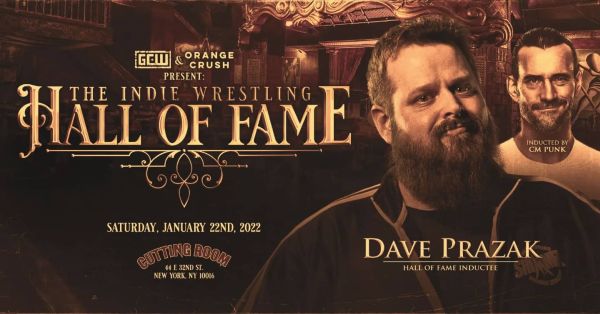 From managing to commentating to company ownership, Dave Prazak has worn multiple hats on the independent wrestling scene. Most long-time fans of the scene in question will best remember Prazak for his managerial work in IWA Mid-South, as well as leading such names as Chris Hero and Colt Cabana to victory in their matches. Prazak’s work as both a manager and commentator can be seen in not only IWA but the likes of ROH and, prior to its closure, CHIKARA. In 2005, Prazak founded the Illinois-based women’s wrestling organization known as SHIMMER Women Athletes. With this, women’s stars including Holidead and Allysin Kay were provided a platform to reach greater heights. Prazak will be inducted into The Indie Wrestling Hall of Fame by CM Punk, the two not only working together as manager and wrestler on the indies but being real-life friends as well. 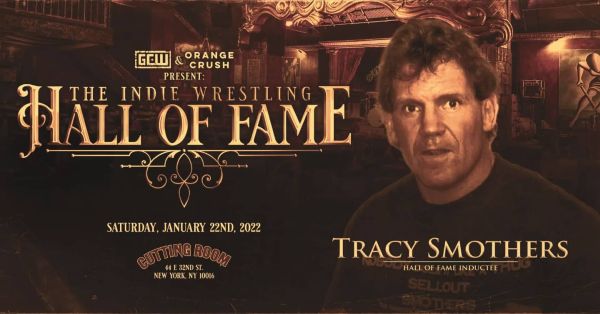 The legendary Tracy Smothers will join The Indie Wrestling Hall of Fame as this year’s posthumous inductee. Having trained under Steve Keirn and Jerry Jarrett, Smothers began his professional wrestling career in 1982, working all around the world for different organizations. From the WWF to ECW to World Championship Wrestling to Smoky Mountain Wrestling to Frontier Martial Arts Wrestling, one would be hard-pressed to find a company where “The Wide-Eyed Southern Boy” hadn’t worked. He was one of the top stars of SMW, becoming a Tag Team Champion, 2x Heavyweight Champion, and 3x Beat the Champ Television Champion in the promotion. Smothers wrestled up until 2019, aiding smaller companies and up-and-coming stars alike. On October 28, 2020, Smothers passed away following complications stemming from heart issues and lymphoma. Due to his extensive list of accolades, Smothers joins the inaugural Indie Wrestling Hall of Fame class. 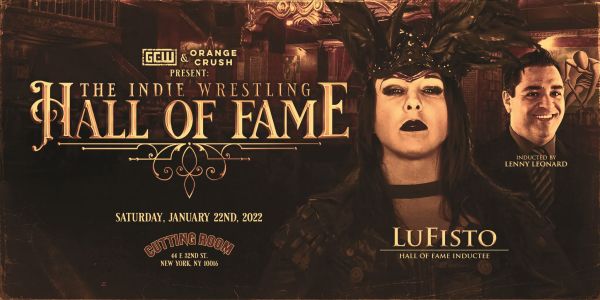 In terms of women’s independent wrestling, there are few names as influential as LuFisto. The Quebec-born indie star began wrestling in 1997, starting in her home country before expanding outward in the years that followed. She became one of the more popular stars in CZW during her time there, even becoming the first woman to hold the company’s Iron Man Championship when she pinned Kevin Steen. Furthermore, LuFisto has worked for various women’s wrestling companies, SHIMMER and SHINE Wrestling included. In the latter promotion, LuFisto captured the SHINE Championship, holding it for what was, at the time, a record-setting 529 days. This Saturday, her growing legacy will be honored as she joins The Indie Wrestling Hall of Fame. She’ll be inducted by former ROH broadcaster Lenny Leonard.

Stay tuned to the Last Word on Pro Wrestling for more on this and other stories from around the world of wrestling, as they develop. You can always count on LWOPW to be on top of the major news in the wrestling world, as well as to provide you with analysis, previews, videos, interviews, and editorials on the wrestling world. The Indie Wrestling Hall of Fame is set to air Saturday at 7 PM EST on FITE.