Tonight at 6:05 PM EST, on FITE TV, the National Wrestling Alliance closes out the year with a recap show. NWA Powerrr will be a special 2021 Year in Review edition, looking back at a handful of the most notable matches that took place throughout this calendar year. From grudge encounters to title contests, there has been no shortage of action throughout NWA programming. Tune into FITE later this evening to take a look back at the contests in question, whether you’ve missed out the first time or would like to brush up on recent events. 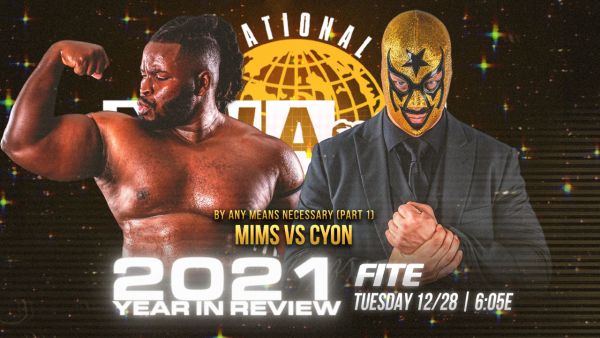 Mims vs. Cyon, NWA By Any Means Necessary

One of the more notable National Wrestling Alliance debuts of 2021 has been the masked man himself, Cyon. When he first arrived in the promotion, he was incredibly secretive, noting that only company owner Billy Corgan knew what his goals are. Furthermore, Cyon was driven to capture gold. He was well on his way to doing so at the onset, besting such names as The End and former NWA World Television Champion Pope. Most recently, he challenged Tyrus for the NWA World Television Championship at Hard Times 2 earlier this month. Despite coming up short against the powerhouse titleholder, Cyon could rest easier knowing that, had it not been for outside interference, gold would have been all the more within reach. A repeat opponent of his throughout 2021 has been Mims and one of their various encounters took place at October’s supercard entitled By Any Means Necessary. Revisit this competitive singles contest on the 2021 Year in Review edition of NWA Powerrr. 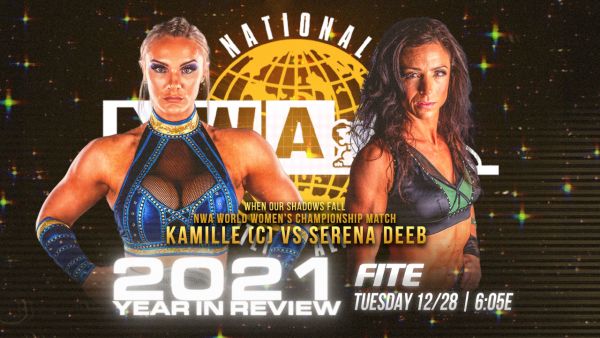 Kamille vs. Serena Deeb for the NWA World Women’s Championship

Also scheduled for NWA Powerrr, 2021 Year in Review is the NWA World Women’s Championship match between “The Brickhouse” Kamille and All Elite Wrestling’s own Serena Deeb. In October 2020, Deeb captured the gold in question on an episode of UWN Primetime Live, besting fellow AEW star Thunder Rosa to do so. Deeb entered 2021 as the NWA World Women’s Champion, but unfortunately, she did not close out the year with the title. As Deeb held down the women’s wrestling scene as a major titleholder, Kamille’s path of dominance continued. She started this year, in NWA, by defeating Rosa to become the new number one contender for the World Women’s Championship. The following June, Kamille challenged Deeb for the title that she had been vying for since first stepping foot in the National Wrestling Alliance. Whether you’re revisiting this encounter or experiencing it for the first time, it’s one not to miss.