Following last month’s successful and sold-out Who Made Who event, Pro Wrestling GRIND returns for only their second event and it somehow already looks on paper like it will be full of show-stealing matches that could act as main events just about anywhere else! Here’s what to know about GRIND You Better Run. 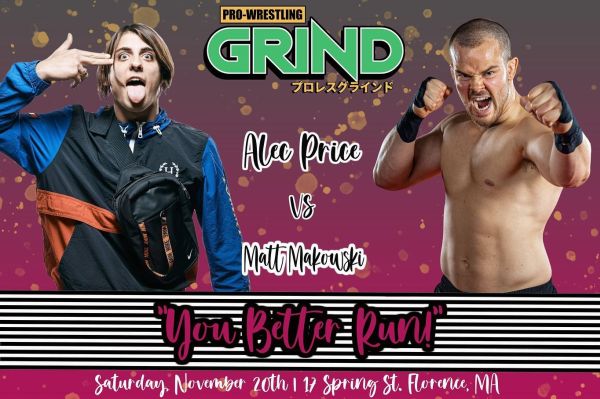 In one of the most intriguing matchups of the night, the new Limitless Wrestling Champion Alec Price takes on Matt Makowski. Alec Price picked up an impressive victory over Cabana Man Dan last month to go 1-0, but Makowski also secured a win over Kevin Ku, so both of these wrestlers are 1-0. This match will give someone their first loss in GRIND and odds are good that both of them are going to scrape and tear until only one remains undefeated. 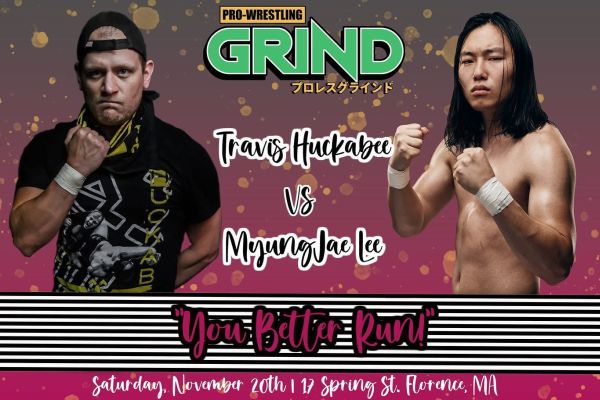 Travis Huckabee is coming off of a loss to Rip Byson at Who Made Who while Myung Jae Lee is making his debut in Pro Wrestling GRIND. Jae Lee has something to prove to not only the fans watching this match but possibly also to Huckabee, so the win is of the utmost importance. At the same time, Huckabee doesn’t want to become the first wrestler in GRIND to go 0-2, so he will likely be fighting for that win like this is a title opportunity. This match is going to be explosive but the odds seem to favor Myung Jae Lee here. 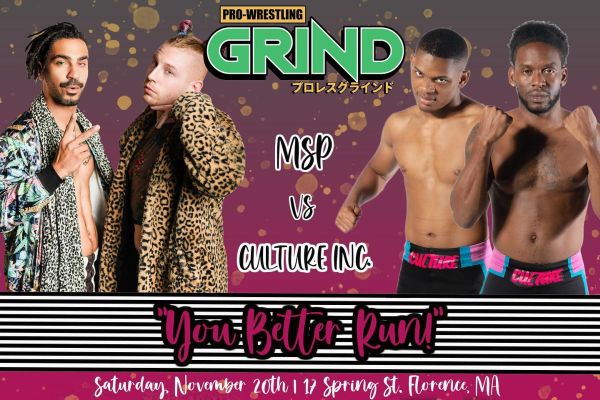 MSP took a hard-fought loss to Mane Event at the first show, and now, they’re going to get to face Culture Inc for a second time. Over the summer, MSP scored a win over Culture Inc in a No Ring Tag Team Death Match at No Peace Underground’s Effy’s Fear the Gay Agenda and it is not something either team has forgotten. MSP is looking to do it again while Culture Inc doesn’t seem to be making the trip without having gained some new knowledge in the last five months or so. This is going to go above and beyond what is currently thought of as tag team wrestling. 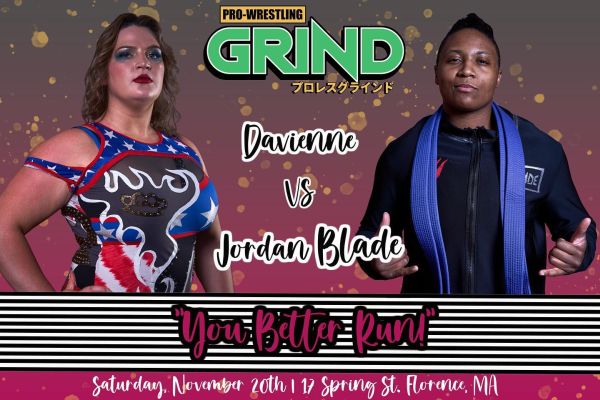 When you look at the ring and overall presentation of Pro Wrestling GRIND, it creates an atmosphere that can be thought of as a promotion for fighters. Thinking of current wrestlers out there who are fighters should bring the name of Jordan Blade right to the front of the mind, as he can throw a suplex, a kick, or take an opponent down to the mat and submit them all within the blink of an eye.

Blade has had a breakout year in 2021, but the question remains whether or not he has faced anyone quite on the same level as Davienne or not before. This match is going to be a tough test for both of these competitors, it’s going to hit so hard it can be heard three states over, and regardless of who wins, fans will likely be clamoring right away for it to be run back as soon as possible. 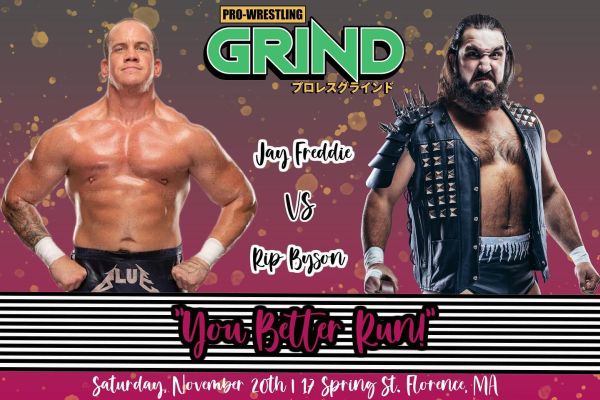 Words like “underrated” and “overlooked” get thrown around in wrestling and it is difficult sometimes for everyone to feel like they’re getting a fair shake because there are seemingly more wrestlers out there now than ever before. However, if there is anyone out there who is as overlooked and as underrated as Rip Byson, that wrestler would have to be Jay Freddie. This is that Stan Hansen vs Bruiser Brody style of match that fans will look back at years from now and claim “they were ahead of their time” rather than watching it and appreciating it for what it is right now. Let’s keep this match in the present tense and respect it for the absolute war that it is going to be to close out the year 2021. It can still be equally appreciated years from now; it should just also be given great consideration in the now. 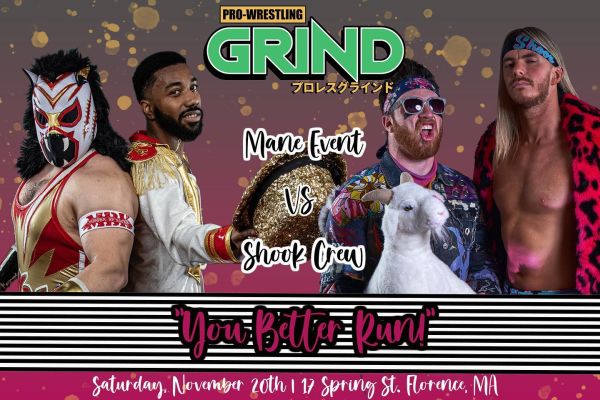 Mane Event are coming off of their victory over MSP at Who Made Who, while Shook Crew are making their GRIND debut and this match should be a great display of two of the best tag teams in this area. Just when you think the tag team matches in GRIND couldn’t get any better after Mane Event took on MSP last month, there are now two tag team matches on this show and each is important and promise violence in their own specific ways. This might have some comedy thrown into it, but to get that win, both teams have to be serious.

Perry Von Vicious is 1-0 in GRIND with a victory over basically both members of Milk Chocolate on the first show. Nolo Kitano makes his debut in GRIND, having competed for Limitless Wrestling, Camp Leapfrog, and House of Glory in the past. Given that this should be a fair one-on-one contest and PVV overcame two wrestlers last time, that should show who has the advantage here. However, Nolo Kitano also must feel like a statement needs to be made at GRIND You Better Run.

GRIND You Better Run takes place on Saturday, November 20, 2021 in Northampton, MA.   Tickets and more information can be found on Eventbrite.