Ice Ribbon will be hosting a huge show in Ota Ward on November 13, featuring a nine-match card with a number of titles on the line that cannot be missed by fans. 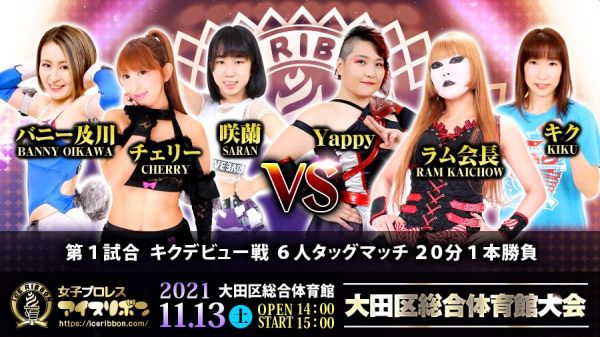 The Ice Ribbon Ota Ward show kicks off with a six-woman tag match featuring a range of Ice Ribbon talent. Cherry, who is arguably the most senior talent in the match, leads the team of Banny Oikawa and Saran. They will be taking on Ram Kaicho, Yappy, and Kiku. Kiku is one of the new trainees that will be making her debut on this show. Fans shouldn’t expect anything spectacular but it’s always fun to see the start of someone’s career. 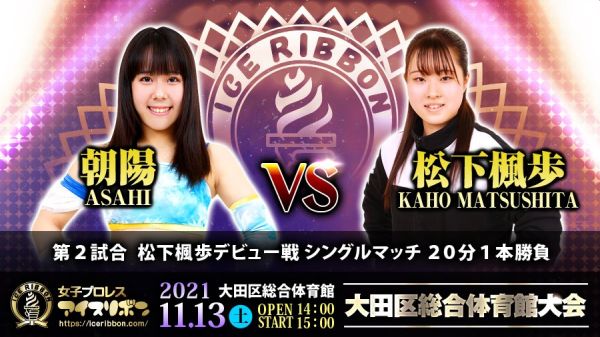 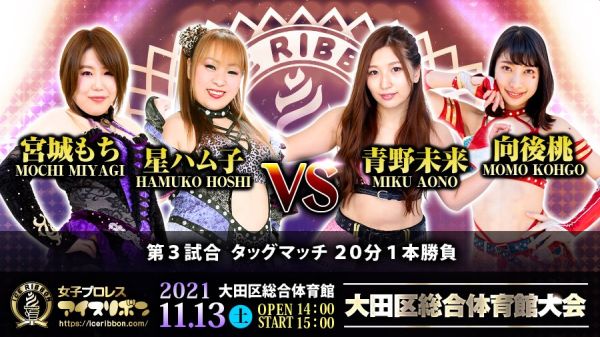 The Lovely Butchers reunite to take on the team of Miku Aono and Momo Kohgo. Since Aono started appearing more regularly on Ice Ribbon, she has been teaming with Mochi Miyagi. With them being on opposite sides of the ring, one must wonder how their chemistry will work as opponents rather than partners. Momo Kohgo recently went on an excursion to Mexico alongside Tsukasa Fujimoto and Tsukushi Haruka, so it’ll be interesting to see what she learned and how she will apply it to this match. It seems likely, however, that the more experienced team of The Lovely Butchers will pick up the win. 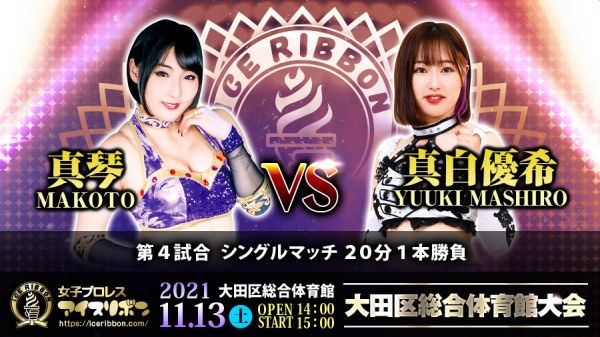 Makoto makes her return to Ice Ribbon for the first time in over a year to take on one of the most captivating rookies in Yuuki Mashiro. Funnily enough, the last time Makoto was in Ice Ribbon, she was teaming with Mashiro in a losing effort to RebelxEnemy’s Ram Kaichow and Maika. Although most fans might recognize Makoto as ASUKA’s tag partner, she will certainly show people she is a strong singles competitor as well. Unfortunately for the Gacha King, she won’t be accompanied by Rina Yamashita, as she is working for Game Changer Wrestling at the moment and Akane has to prepare for her title match later in the night. It seems like Mashiro will lose, but it will be an exciting match up. 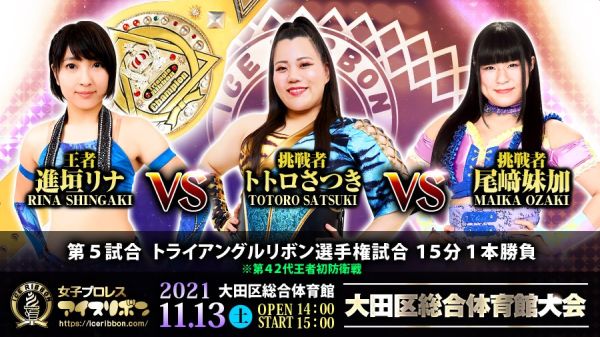 The first of the title matches start with the Triangle Ribbon Championship. The champion, Rina Shingaki, is set to retire towards the end of the year, so this could be the last title match she is involved in before the big day. One of her opponents, Totoro Satsuki, is no stranger to Triangle Ribbon titles, as she is the woman Shingaki beat for the title in the first place. However, Maika Ozaki has been on quite the impressive streak since being tag champions with Maya Yukihi, so this looks like it could be her moment to break out as a singles competitor in Ice Ribbon. 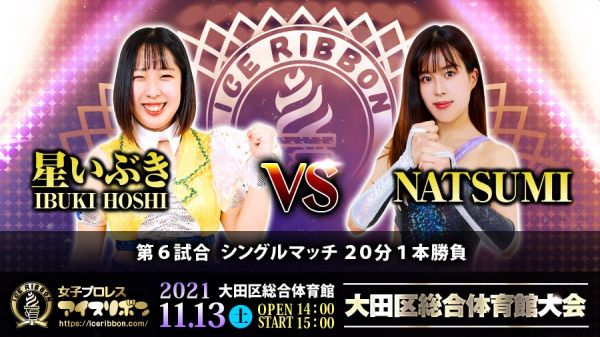 Natsumi makes her return to Ice Ribbon once again. This time, she takes on Ibuki Hoshi in a singles match. Hoshi has been catching a lot of people’s attention after her IcexInfinity Championship match with Tsukasa Fujimoto, going toe to toe with the ace in a fierce chopping battle that left both of them bloody and beaten at the end of it. Ibuki is starting to become known for her devastating chopping power, so it will be interesting to see what she does to the young rookie in Natsumi. It seems likely that Hoshi will be getting a singles win under her belt after that impressive performance against Fujimoto. 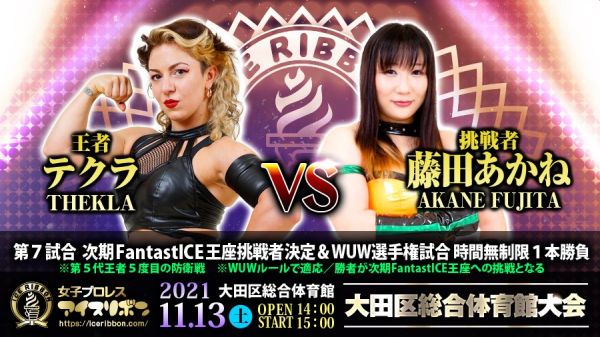 Another championship is on the line as Thekla defends her WUW Championship against rival Akane Fujita. They have been going back and forth in recent weeks until Akane challenged Thekla for her title. Tensions started to rise even more during a press conference after the two started to scrap. Since both of these women are known for having more unorthodox styles in comparison to other members of the Ice Ribbon roster, things might get a little more dangerous. Although anything could happen, it seems that Thekla will be keeping her championship for a little while longer. 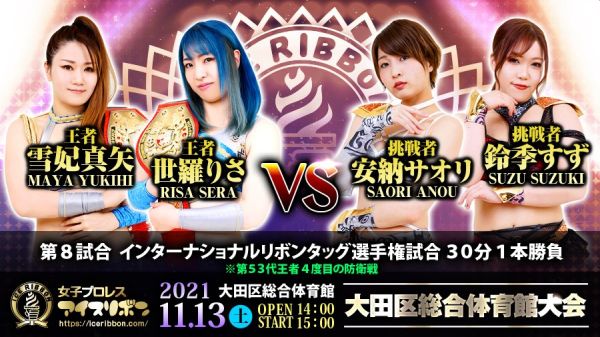 The biggest test for the International Ribbon Tag Team Champions so far is happening at the company’s biggest show this year. The champions, Azure Revolution, vowed to defend their titles to break the current record held by Tsukasa Fujimoto and Hikaru Shida which, so far, stands at eight. Up to this point, Azure Revolution defended the titles three times, so they have a way to go yet. Suzu Suzuki and Saori Anou have been on a roll since forming their tag team. They have been showcasing excellent chemistry in and out of the ring and it could very well help lead them to taking down Azure Revolution. However, Azure Revolution have been teaming far longer and know each other better than anyone. It could go either way, but it seems like Sera and Yukihi will continue their quest toward record-breaking defenses.

A huge show deserves a huge main event. This is a true battle between two of the best that the entire company has to offer. Not many people know each other this well and it isn’t the first time Tsukasa Fujimoto and Tsukushi Haruka squared off in the ring. This means there is room for even more innovative spots to be included. Fujimoto has held the championship since the beginning of the year. Every single one of her defenses is Match of the Year worthy. However, going against someone with the caliber of Haruka is going to be on a completely different level. This is a must-win for Haruka, as she has been having a successful year and this should be the goal to cap off 2021.