On last week’s edition of NWA Powerrr, viewers saw the first half of the action that took place at the National Wrestling Alliance’s recent supercard, By Any Means Necessary. The matches aired included an NWA World Women’s Tag Team Championship defense. This week, the action concludes with By Any Means Necessary, Part 2. Not only will viewers see another women’s title on the line but a cage match pitting two fierce rivals against one another. Take a deeper dive into the action to expect tonight on FITE at 6:05 PM EST. 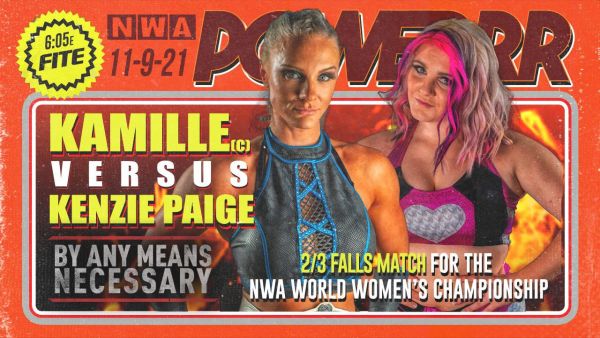 On tonight’s NWA Powerrr, “The Brickhouse” Kamille defends the NWA World Women’s Championship. Since winning the gold in June, Kamille has been incredibly dominant. From Serena Deeb to “Legit” Leyla Hirsch, she has overcome some of the best that the wrestling world has to offer. Her next challenge comes in the form of Kenzie Paige, an independent wrestling star that has been steadily building her name. Keep in mind that, this past August on Powerrr, Paige defeated Chelsea Green in singles competition. Largely due to said victory, the pink streak-haired Tennessee native was granted a title opportunity. This will be the latest singles encounter between Kamille and Paige, too; in July, at Tmart Promotions’ The Gathering event, Paige failed to defeat Kamille. Will luck be on the challenger’s side on this special edition showing of By Any Means Necessary? 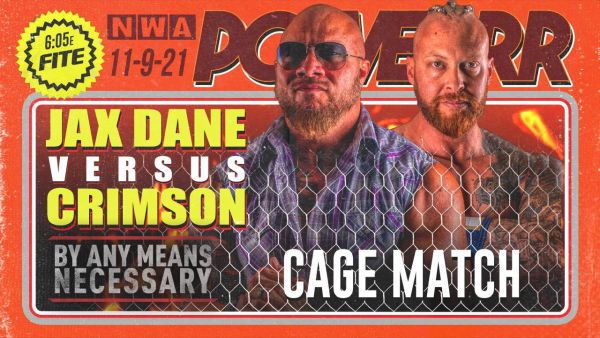 A Grudge Reaches the Boiling Point

In what’s certain to be the most violent match of By Any Means Necessary, Part 2, Jax Dane battles Crimson within the confines of a steel cage. Given their success as a tag team, such as winning the Ohio Valley Wrestling Southern Tag Team Championship on two occasions, the disintegration of the former War Kings has been a spectacle. Matters became even more volatile at NWA 73, when Dane attacked Crimson during the latter’s entrance for his opening match. This attack, including a Death Valley Driver through a ladder, was so severe that Crimson was temporarily incapacitated. In the weeks that followed, the hatred between the two powerhouses intensified, which leads us to this show. The men once collectively known as The War Kings will battle each other in a Cage Match. Who will win between these hungry competitors, one must ask? This may very well be a case of whoever wants it more.