Chaotic Wrestling had so much fun with A Haunting in Tewksbury that they decided to do two shows in the month of October! The Balance of Power features Dirty Dango, Eddie Edwards, and all of your favorite Chaotic Wrestling talent! 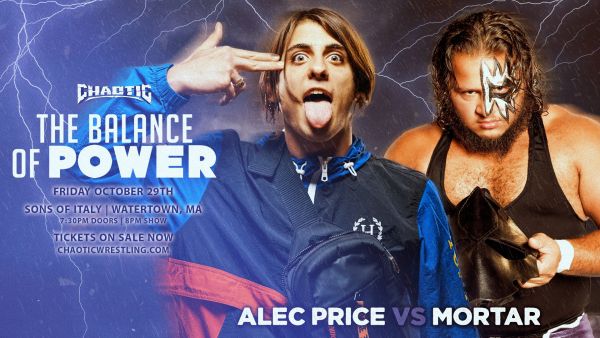 This match has perhaps the least amount of hype behind it, but Alec Price always delivers and Mortar is not someone to be taken lightly. Regardless of who wins this one, Price might come out of it feeling like he was run over by a truck. This might also come with some title shot ramifications that have not yet been named. 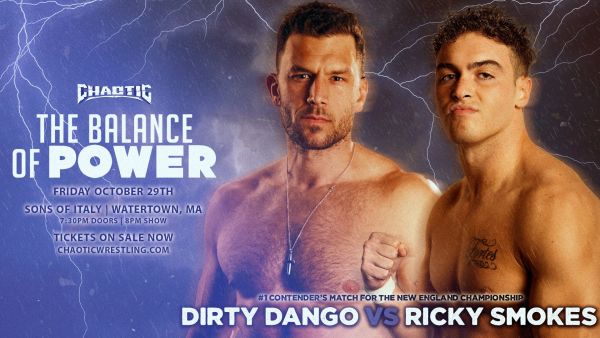 Ricky Smokes scored a huge victory over Brian Milonas at the last show. At The Balance of Power, it’s time to find out if that was an upset or if Smokes is just that good as he takes on his toughest challenge to date in Dirty Dango. This match might have some dancing in it, but Dango needs to take Smokes very seriously to get the win here. Ricky Smokes also really seems to want a CW New England Championship match, so he will likely do whatever it takes to get that. 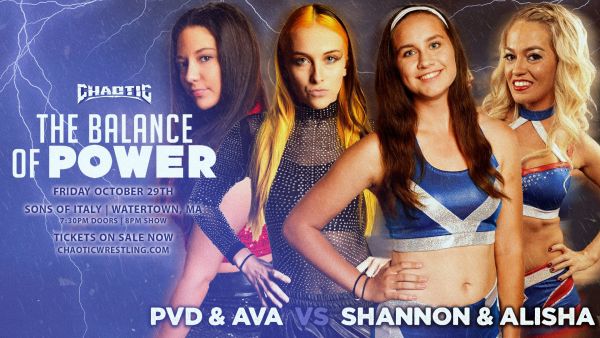 What a story this tag team match tells. Since returning to Chaotic Wrestling, Ava Everett has been somewhat of a thorn in the side of newcomer Shannon LeVangie. Paris Van Dale has also had her differences with LeVangie, as The Highers did not deem her worthy enough to join them. Alisha Edwards was last seen in Chaotic Wrestling at Summer Chaos, where she was booed up until the end of ber match, where she showed respect to opponent Becca. If you’re Shannon LeVangie, and you’re going into a match against a veteran like Ava Everett, there is no better veteran to have at your side than Alisha Edwards! (Let’s just put the whole idea of Alisha Edwards turning on Shannon LeVangie out of mind.) 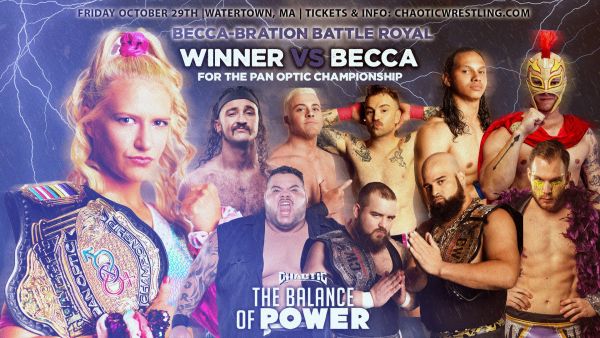 The winner of the B3CCA-BRATION will be set to challenge Becca for the CW Pan Optic Championship later in the night. Good betting money is on Anthony Greene, though you have to expect that with three members of The Unit in this match. they could end up working together. Never count out Love, Doug though, and Aaron Rourke might be looking for a bit of vengeance. It is unclear at this time as to whether or not TJ Crawford will be medically cleared for this match, but local favorite Sweatboy is rumored to be on hand if needed as a replacement. 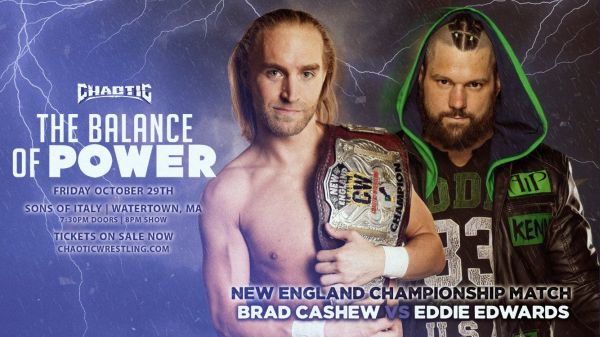 Brad Cashew won the CW New England Championship from Adam Booker back in July. Since then, Cashew has had successful title defenses against Armani Kayos, Alec Price, Bear Bronson, and most recently, Ace Austin. Eddie Edwards will, undoubtedly, be the toughest challenge of Cashew to date and this match is all but guaranteed to steal the show. This match will consist of two people wrestling until one of them is no longer able to go, and even though it’s one match, that time could be compared to how long others spend in the ring in months. Neither competitor should be booed in this match and whoever watches it will truly win.

A former CW Heavyweight Champion in his own right, Mike Verna looks to be taking that title back while Davienne has vowed that once she defeats Verna, she will be done with The Unit. While the rest of The Unit should be busy in the B3CCA-BRATION, JT Dunn might try and find a way to get involved with this match, as he has been petitioning online to be a part of the New England Championship match, which no one seems to want him in. Hopefully, this will be the night when Davienne can finally put The Unit behind her once and for all.

While other talents such as MSP have not been announced for The Balance of Power, one would be inclined to think they might be making an appearance. There is no CW Tag Team Championship defense announced, but that might change before intermission.

All of this action and more comes to you live on October 29, 2021, from the Sons of Italy in Watertown, MA. For more info and tickets please visit: https://www.chaoticwrestling.com/