After Peter Pan 2021 and Dramatic Survivor, the landscape of DDT Pro Wrestling is rocked. Konosuke Takeshita is the KO-D Openweight Champion, and the longstanding DAMNATION will be no more. Nonetheless, the show continues to march on and there will be little rest, especially as DDT seems to take a big step with their last show before the switch to the new Wrestle Universe on the 26th. And of note, the two under matches and first match on the show will be aired live on the company’s YouTube channel. The card for DDT Who’s Gonna TOP 2021 is as follows.

The first of the DDT Who’s Gonna TOP 2021 matches to air on YouTube is between Naomi Yoshimura, a former KO-D Tag Team Champion, and Yuya Koroku. This will be a showcase for some of the younger wrestlers as Yoshimura tries to find his footing after the abrupt split of Nautilus. Meanwhile, Koroku, who debuted in April of this year, has been rather impressive in his showings. 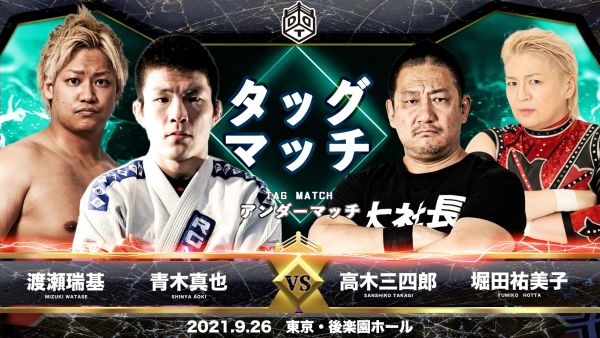 In an effort to make the matches airing on YouTube more creative, DDT decided to put this match together. Yumiko Hotta and Shinya Aoki, as opponents, are unique because they fought in the RIZIN promotion. Not against each other, mind you, but this match is probably the only time they’ll have to compete against each other. Hotta is backed up by Sanshiro Takagi, who ended both Aoki’s KO-D Extreme and Eight-Man Tag Team Championship reigns over the course of late 2020 to early 2021. Mizuki Watase, who is currently in Junretsu, teams with Aoki. This is quite an interesting matchup.

Recently, a new group formed and obtained a tag title shot. This group is Pheromones, lead by Danshoku “Dandy” Dino. He quickly gained the trust of Yuki Iino. It wasn’t known who Iino’s partner for this match was until very recently. On the last match aired on YouTube, they team up against the Junretsu representatives of Yusuke Okada and Hideki Okatani. The two younger talents have been showing some interesting potential; at DDT Who’s Gonna TOP 2021, they get a chance to show it against established talent. 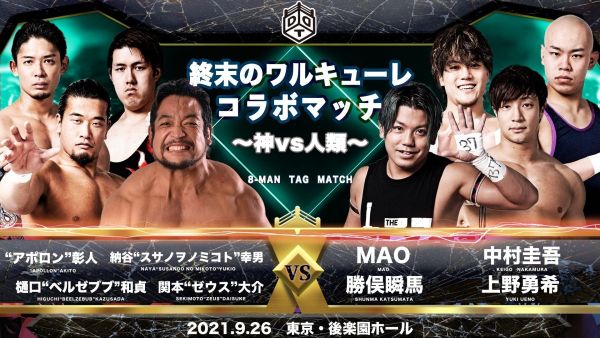 This match is a collaboration with “Record of Ragnarok” which is about humanity fighting for survival against Gods. To fit that theming, Daisuke Sekimoto will lead a team that represents the gods to face off against a team to represent humanity, with costumes to match. This probably makes more sense if you have some familiarity with the material. However, with the talent involved, it should make for a very exciting matchup, featuring a powerhouse vs high-flying dynamic. 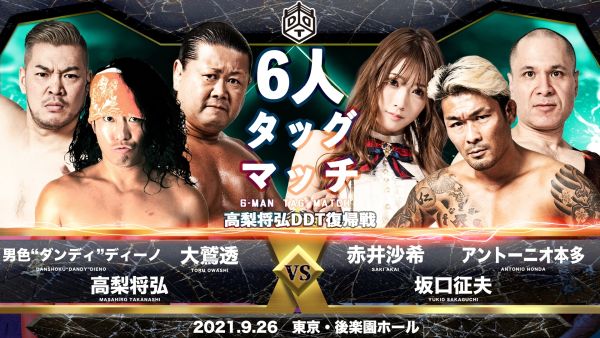 Who’s Gonna TOP 2021 is host to Masahiro Takanashi‘s return match, and they did not make it easy for him. DDT Pro has pitted him against two-thirds of the Eruption stable and one of the trickest minds in the company. Backing up Takanashi is the O-40 Champion Toru Owashi and the aforementioned leader of Pheremones, Danshoku “Dandy” Dieno. Will Takanashi return on a positive note or will the return be spoiled? 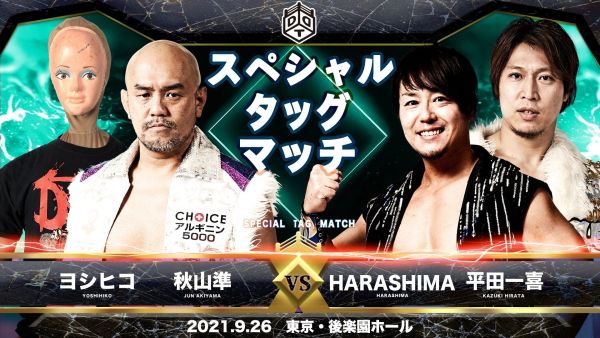 Yoshihiko and Jun Akiyama vs HARASHIMA and Kazuki Hirata

This bout stems from a match in which Jun Akiyama assisted Yoshihiko, rocking three DDT veterans. The two team up to take on Disaster Box. Akiyama has a win over HARASHIMA when they faced off for the KO-D Openweight title. However, the two wild cards are their partners. Yoshihiko spent 2020 dismantling ALL OUT, which eventually disbanded. Meanwhile, Hirata is always a wildcard. This match, despite the two main event superstars at the center, is bound to be unpredictable. 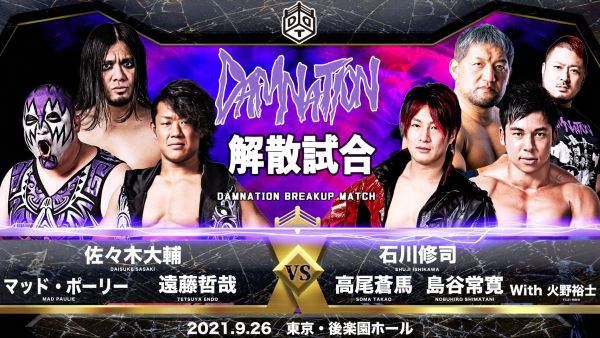 This is it. The final match DAMNATION will take part in and it is DAMNATION vs DAMNATION, similar to how things were last year. On one side is what could be argued is the most dominant and leadership-oriented part of the stable, Daisuke Sasaki and Tetsuya Endo with Mad Paulie. They face off against four members of the former faction who have pulled off impressive things. What will come of this match and afterward will be interesting. DAMNATION was always a major part of the DDT showings. They’ll aim to end it on a big note. 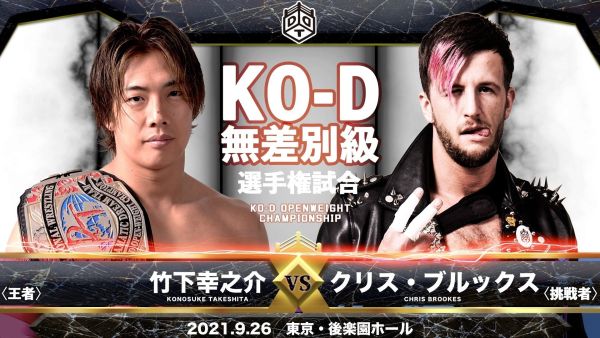 Konosuke Takeshita, after returning from his one-month visit to the United States, has been nearly unstoppable. He won both a tag tournament and King of DDT, in addition to the accompanying titles. His celebration after beating Jun Akiyama was cut short by Chris Brookes, who challenged him to a match set for Who’s Gonna TOP 2021. The two butted heads over championship gold twice in the past and stand at a win apiece. Takeshita defended the KO-D Openweight title over Brookes first. Later, Brookes won the DDT Universal title. Takeshita stated that, when he left AEW, he wished to return a champion. Will he be able to do that or will he be cut short by the “Calimari Catch King?”

Stay tuned to the Last Word on Pro Wrestling for more on this and other stories from around the world of wrestling, as they develop. You can always count on LWOPW to be on top of the major news in the wrestling world, as well as to provide you with analysis, previews, videos, interviews, and editorials on the wrestling world.  Make sure to subscribe to Wrestle Universe to see more of DDT and its talent as well as the various promotions operating under the Wrestle Universe Umbrella. The service will move to a new home on October 1.