Don’t think of it as a wrestling show; think of it as a celebration. This Thurday, live from New York, Game Changer Wrestling will hold GCW Emo Fight. For those that don’t know, this event is inspired by Emo Night, dating back to the heyday of social media. According to the official website of Emo Fight, Emo Night is, “a popular celebration of emo, pop punk and your favorite music from the days of Myspace.” GCW Emo Fight is set to provide the wrestling action fans have come to expect, but with a twist. In addition, fans in attendance and those watching from home will be treated to DJing and musical performances. One can expect this event to be nothing short of a party. When it comes to the wrestling itself, here is what viewers should expect. 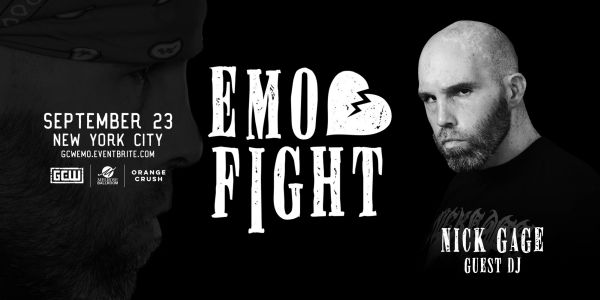 Given that this is a Game Changer Wrestling event, it goes without saying that the promotion’s most notable wrestlers appear at GCW Emo Fight. Chief among these is former 2x GCW World Champion Nick Gage. “The Man, The King, The God of This Sh*t” can best be described as the promotion’s conquering hero. His penchant for ultraviolent wrestling is matched only by his connection with the fans, which borders on godlike at times. Gage will be among the various participants at Emo Fight, specifically as a DJ. However, if his history of matches is any indication, expect him to bring out as many weapons as he deems necessary while the festivities unfold.

Another notable regular will be the former Allie Kat known as Allie Katch. Not unlike Gage, Katch has been known to specialize in deathmatch and hardcore wrestling environments. However, upon adopting her new name, she has made it a point to carry herself as a more serious wrestler. The Texas native is among the wrestlers involved at GCW Emo Fight that has the strongest connection to it. According to the show’s official website, she declared, “These are my teenage years coming to life all over again. GCW has given us so many opportunities to show different sides of our personalities, and I can’t wait to show a new side at Emo Fight!”

Other GCW regulars that will be participating in Emo Fight include AJ Gray, Jimmy Jacobs, and EFFY. The full list of participants can be seen above. For those that may have been concerned that their favorites won’t be in action this Thursday, it’s safe to assume that Emo Fight has you covered. 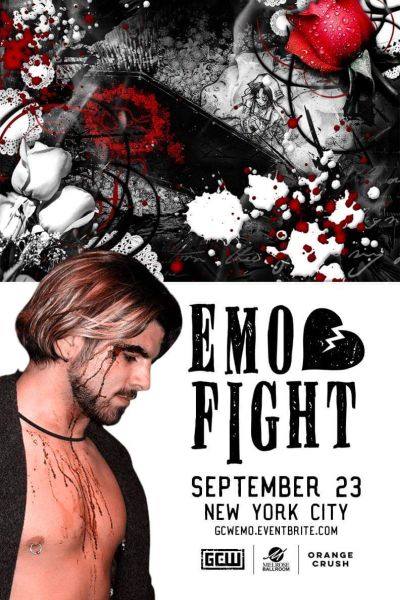 No show with music as an attraction would be complete without a few guest stars. One of the names in question is Matt Cardona, though depending on the perspective, he will either be a welcome act or one to mercilessly boo offstage. The “Alwayz Ready” former GCW World Champion has made it his mission to invoke the wrath of the GCW faithful. He’s also been known to have an affinity for 90s boy band music and the like, so for him to be part of an event where emo and pop punk music is the collective focal point is questionable, to say the least. Nonetheless, expect Cardona to be part of the action at GCW Emo Fight, even though he may be more of a party crasher than a welcome guest.

Compared to Cardona, a more welcome addition to the festivities this Thursday will be Jimmy Jacobs. “The Zombie Princess” has yet to wrestle a match in GCW, though his independent wrestling background speaks for itself. Jacobs has held gold for a variety of promotions, including Insane Championship Wrestling, Pro Wrestling Guerrilla, and Ring of Honor. Emo Fight is perhaps the best platform for Jacobs to make his debut, too. After all, it was emo music and the culture surrounding it that molded his character and approach early in his wrestling career. Though his matches in 2021 are few and far between, Jacobs will be one of the most anticipated wrestlers to see at GCW Emo Fight.

Gabby Ortiz, Colby Corino, and All Elite Wrestling star Marko Stunt are among the other stars set for Emo Fight. Fans will be able to see these names, as well as others, live in attendance and via FITE.

Stay tuned to the Last Word on Pro Wrestling for more on this and other stories from around the world of wrestling, as they develop. You can always count on LWOPW to be on top of the major news in the wrestling world, as well as to provide you with analysis, previews, videos, interviews, and editorials on the wrestling world. GCW Emo Fight is set to air Thursday at 8 PM EST on FITE. Tickets are also available via Eventbrite.