WWE SmackDown is set to be live, tonight, from Madison Square Garden (MSG); the long-time spiritual home of the WWE. You can be sure to expect a typically hot, raucous New York crowd in attendance for all the action. Some big things are announced for tonight’s SmackDown – which is being dubbed “Super SmackDown” – including the return of Brock Lesnar, among other events. Let’s dive into the preview and see what’s on offer. 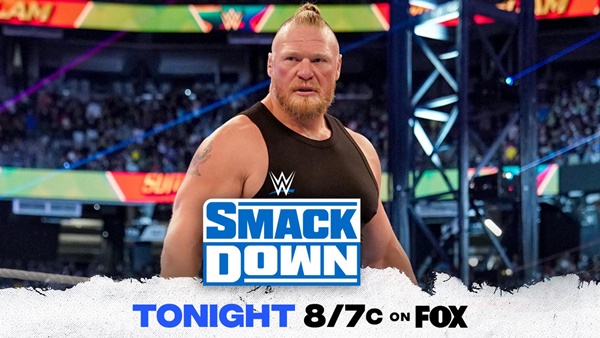 As mentioned, Brock Lesnar will be at MSG for tonight’s show. At the culmination of SummerSlam, which saw “Tribal Chief” Roman Reigns overcome John Cena in a thrilling encounter, “The Beast” Brock Lesnar turned up to confront Reigns. Currently, we are unsure of and curious as to where exactly this story is going. Certainly, Lesnar has turned up because he wants the Universal Championship. The question is, however, where does Paul Heyman fit in? He is known as the long-time advocate of Brock Lesnar – a role he has played for almost twenty years – but he is currently the “Chief Consort to the Tribal Chief”. This feud is one to watch, as the rare sight of Brock Lesnar playing dominant babyface usually delivers. Roman Reigns is in for a war and his grip over the table he heads is loosening ever so slightly.

Another return at SummerSlam was the return of “The Man” Becky Lynch. She, quite controversially, beat Bianca Belair for the SmackDown Women’s Championship in under a minute – leading to this feud. Every week since, Bianca has demanded a rematch, only to be turned down by an increasingly heelish Becky. Tonight, live from Madison Square Garden, these two women will – at last – make their future match at Extreme Rules official by signing the contract. This is an interesting feud because every previous attempt to turn Becky heel has failed spectacularly. People do not want to boo her and it will be interesting to see how fans respond to her during this feud, as the fans have taken well to Bianca.

Edge has said he wants to settle the score with Seth Rollins once and for all. Tonight, in MSG, he might finally get to do just that. Rollins, himself, believes that in order to defeat Edge, he needs to follow from the “Ultimate Opportunist” playbook and has, in recent weeks, become a more sadistic and, frankly psychotic, version of himself. At the end of last week’s show, he terrorized Cesaro with a steel chair. Expect him to attempt the same against the Rated “R” Superstar tonight. Whether or not this serves as the blow off to this feud is uncertain but one thing is for certain: we will find out tonight.

SmackDown Tag Team Championships: The Usos Vs. The Street Profits 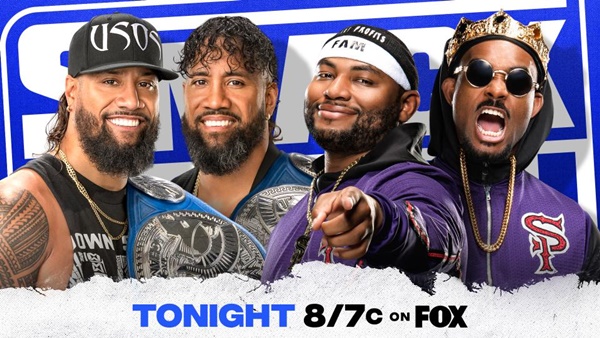 In a rematch for the SmackDown Tag Team Championships, The Usos (Jimmy & Jey Uso) defend against The Street Profits (Angelo Dawkins & Montez Ford). At the culminating of last week’s SmackDown, the Profits came to the aid of Finn Bálor, who was on the wrong end of a beat down from The Bloodline. Luckily for them, this has led to tonight’s championship match. Whereas The Usos go in as favorites, there is no denying the talent of the Profits and if they are at the top of their game, Jimmy & Jey might just get the smoke. Tune in to tonight’s episode of “Super” SmackDown to catch the return of Brock Lesnar and everything else, live on FOX at 8/7c.

– John Cena is not officially announced to appear on the televised show, but he is penciled in for the post-show dark match. Expect the 16-time World Champion to make an appearance.