Money in the Bank has officially come and gone in tremendous fashion as it was one of the best WWE pay-per-view shows over the last couple of years. But with fans back in town, it’s difficult to not look ahead to what is historically seen as WWE’s second-biggest show of the year — SummerSlam. “The Biggest Party of the Summer” will air from Las Vegas this year inside Allegiant Stadium. For the first time possibly ever, SummerSlam has the chance to be even bigger than WrestleMania. Big stars in WWE are coming back for this special occasion and it’s already shaping up to look at that way. Let’s predict what the card will look like based on rumors, teases, and stories that are going down on television right now!

The main event of SummerSlam was visibly made at the conclusion of Money in the Bank. John Cena‘s return to WWE for the first time in over a year has made the entire world notice. The reaction of the crowd is one of the loudest ever and will go down as an all-time moment. But there’s a lot more to impact here than just the idea of Cena vs. Roman Reigns being a huge match. Reigns is a different competitor since the last time they went head-to-head. Reigns is no longer the man who many felt should not be at the top. As “The Tribal Chief,” Reigns has become the must-see talent of WWE through his matches and promo work. All of that is enticing seeing that the last time these two feuds, Cena made the point that he keeps coming back because Reigns could not do his job.

Then there’s the historic aspect. Cena is currently tied with Ric Flair for the most world titles in history at 16. Chasing 17 against the unbeatable champion of WWE in Reigns? Seems like the perfect chase for Cena. There is not a bigger match that WWE can make for the main event of SummerSlam. The build to this one should be magical as both men will let the other know that they mean business. 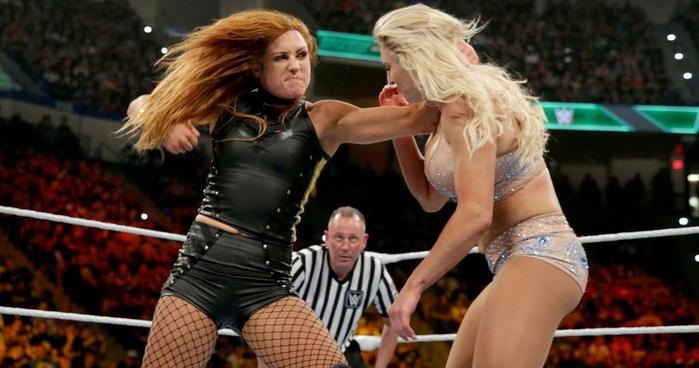 Becky Lynch is going to be back. She even teased it on Sunday as she took a photo in front of the arena that Money in the Bank took place at. “The Man” is coming back around and it only makes sense that she takes on her greatest rival on the major stage for the title she never lost. The moment Charlotte Flair won the Raw Women’s Championship, it felt this was the exact destination as to why she did. Truth be told, this match makes all the sense for the returning Lynch. These two have some of the best chemistry in the company, the situation makes the world of sense, and no matter who Lynch faces, she is going to be the favorite. Lynch and Flair have displayed magic inside the ring once. Why not again? 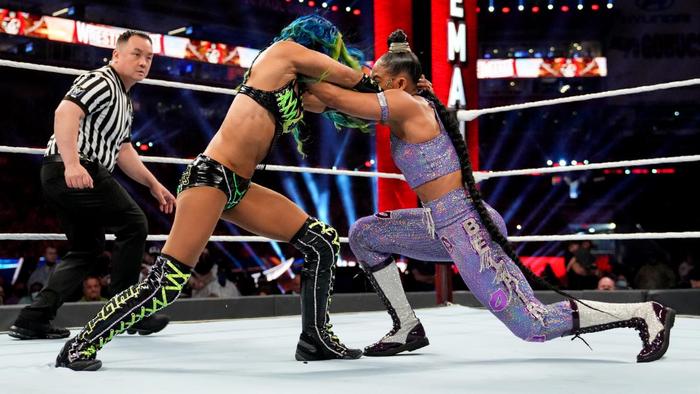 The rematch is coming. It’s almost felt like we have been waiting for “The Boss” to come back and the time is almost here for that. The roles, however, change this time around. Bianca Belair has been a dominant SmackDown Women’s Champion as she’s rolled through Bayley and Carmella to make it three successful defenses thus far. Can she make that reign continue with a returning Sasha Banks though? For the second time in three years, Banks has taken time away from WWE in the Summer to rejuvenate. Last time led to her coming back better than ever. So, thinking of that, could she somehow come back even better this time around? If she does, that spells trouble for Belair. Either way, the rematch could be better than their first fantastic encounter from WrestleMania.

You simply do not say “Who’s next?” without making the professional wrestling world think of one man. Goldberg is rumored to be making his WWE return and is set to face WWE Champion Bobby Lashley in doing so. A match of epic proportions, this could be another chance for “The All Mighty” to show that he is the one true dominant force of WWE. A match with Goldberg would be an interesting one as Lashley takes on his new killer instinct. 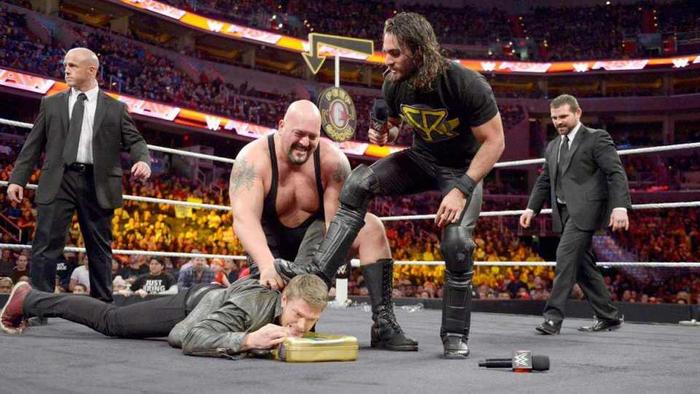 Seven years have built to this one. Seth Rollins cost Edge his Universal Championship match at Money in the Bank after feeling as though he was passed up for Edge. Rollins has been adamant that “The Rated R Superstar” jumped the line for a title shot that he had felt he earned. This has led to multiple face-offs between the two backstage as they both remember the night Rollins threatened to hit the Stomp on Edge and further injure him seven years ago. With the remembering of that, this feud is going to be one of the best leading into SummerSlam and should leave fans excited for the first time matchup.

RKBro is going to finally break up or get those Raw Tag Team Championships. The popular tag team of Randy Orton and Riddle continue to take the world by storm as Riddle’s love for Orton never ceases to stop. Competing against AJ Styles and Omos for the titles seems reasonable. We’re adding The New Day as it’s unlikely that they are left off such a big show. This would be a good spot to do a multi-team match for the gold and could be an excellent match at SummerSlam with all the competitors involved.

Finn Balor returned to SmackDown in a big way by taking out Sami Zayn in the process. The fans adored Balor in his return and it’s likely that he will be one of the major players for the blue brand moving forward. A potential Intercontinental Championship match with Apollo Crews makes sense and it could be a match that adds more participants as well. Kevin Owens, Zayn, and Shinsuke Nakamura all would make sense to join the fray.