Friday Night SmackDown returns to our screens once again. This week, it is the fallout from last weekend’s Hell in a Cell pay-per-view (and last Friday’s oddly placed Hell in a Cell match). There is the promise of a victory celebration involving a certain Tribal Chief, as well as the guarantee of a mixed tag team match involving four superstars who have been embroiled in a rivalry for months now. Let’s take a look.

Why shouldn’t we celebrate our Tribal Chief? Following last Friday’s brutal put-down of Rey Mysterio, Roman Reigns wants to celebrate. Much like when he succeeded against Jey Uso, Kevin Owens, Daniel Bryan and Cesaro, he has now succeeded in vanquishing The Mysterios (Rey and Dominik Mysterio). The Head of the Table’s reign at the top of the SmackDown card looks indefinite; his iron will now cast over the blue brand. Tonight might lead to a new challenger, or a familiar foe. No doubt, this celebration will be interrupted. 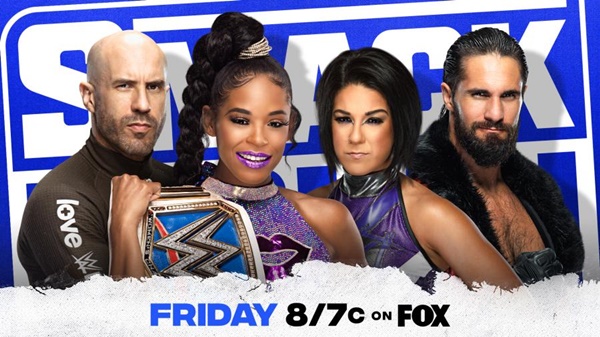 The, so far, only billed match of the night is a mixed tag match involving Bianca Belair and Cesaro squaring off against Bayley and Seth Rollins. At last weekend’s Hell in a Cell PPV, Belair pulled off yet another victory over Bayley in an absolute show-stealing match. For all the talk about how great Belair is becoming since her move to the main roster, Bayley also deserves recognition; she is, without a doubt, one of the best in the world today. Cesaro and Seth Rollins always have good matches – with Rollins coming out on top last weekend. As good as these two feuds have been, they have gone on maybe a bit too long. Hopefully tonight brings something new to each, should they indeed be continuing. Sami Zayn is freed up for Cesaro and Big E has been in limbo for a while, so Seth Rollins has someone fresh to feud with. As for Bayley and Belair, the SmackDown women’s division is simply too small right now and is in need of fresh faces.

– Shinsuke Nakamura is now the One True King. Will there be a fresh challenger to the throne? Additionally, what is next for the de-crowned Baron Corbin? We should find out tonight.

– Alpha Academy (Otis and Chad Gable) continue their surge through the SmackDown tag division’s ranks. With Beardless Otis having now taken out the Street Profits, who’s next?

– Kevin Owens is believed to be going on hiatus, which frees up Sami Zayn for something new.

– Apollo Crews is still Intercontinental Champion. With he being Nigerian royalty, will he perhaps feel threatened by the emergence of the One True King?