Following a massive NXT TakeOver: In Your House event, Tuesday nights WWE NXT card should be a newsworthy one. William Regal‘s cryptic message at the end of Sunday’s show has everyone talking already, so this should be an important one. Here is the entire announced WWE NXT card for Tuesday night.

William Regal Promises Change For All of NXT

At the conclusion of the NXT TakeOver: In Your House main event, William Regal had a tear running down his face. As he was interviewed, he stated that in all his years there, he’s never seen NXT in such disarray. He promised that on Tuesday night, he was bringing a change to the brand. There have been few hints as to what this change will be, but many believe that this could be Regal taking himself off of the job as the brand’s general manager or could be bringing in someone to help him. Either way, this will be a must-see event for fans as the future of NXT is on the line here. 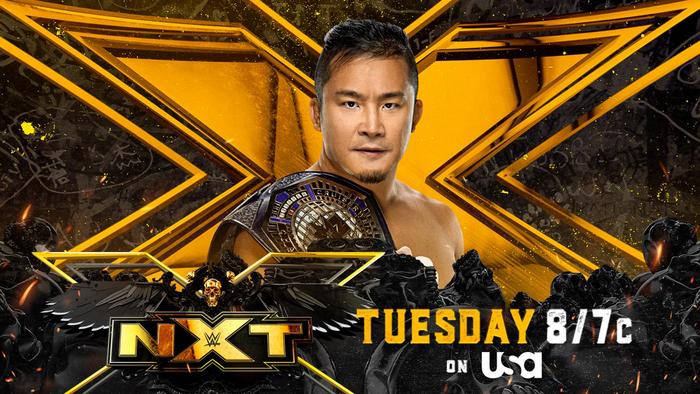 KUSHIDA has been a fighting champion since winning the gold by defeating Santos Escobar in April. On Tuesday, he will have another open challenge for his NXT Cruiserweight Championship. His past two open challenges have been answered by Oney Lorcan and newcomer Carmelo Hayes. KUSHIDA has been a fantastic champion and is certain to have another great defense. Hopefully, his challenge will not come back to bite him just yet.