It’s Poppy! The Grammy-nominated artist will return to NXT once again. There are also three matches scheduled for the show as it is the go-home edition heading into NXT TakeOver: In Your House. Here’s a WWE NXT card preview for Tuesday night.

When Poppy shows up, it tends to be a special occasion. For the most part, her appearances with the brand have been kept to just NXT TakeOver performances. What is interesting is that they have only said she will be returning and Candice LeRae has had a real problem with that since it was announced. Those problems could escalate on Tuesday night and it feels as though the return of Io Shirai could be what follows seeing that Poppy and the “Joshi Judas” have a clear cohesion. It will be a must-see occasion, that’s for sure. 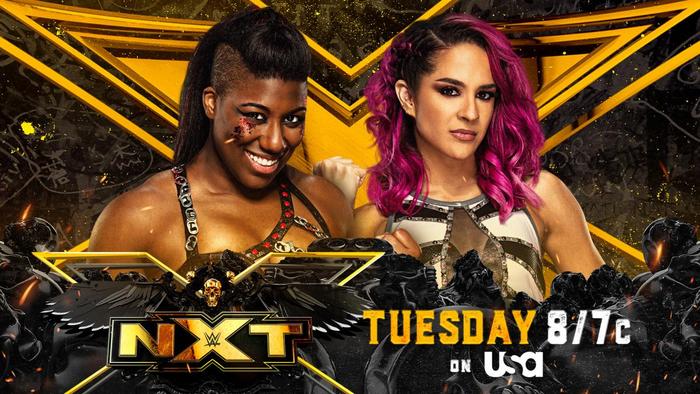 The last time Ember Moon and Dakota Kai faced off in singles action, it was fantastic. This time has even more meaning, however. With Moon preparing to face Raquel Gonzalez at NXT TakeOver, she will attempt to take out Kai Tuesday night to make it a fair fight. That is asking a lot of Moon, who should expect Gonzalez to not allow that to happen. Either way, this should be really good.

The Power of the Pin (6/7/21): Tracking the Rhythm of the Latest WWE Sale Rumors
Before They Were Famous: MJF