On Monday, New Japan Pro Wrestling (NJPW) will have their second-biggest event of the year, Dominion. The show will have a massive main event with the future of the promotion in the hands of two men as the vacant IWGP World Heavyweight Championship will be on the line. Here’s the NJPW Dominion preview featuring predictions and analysis.

A match originally scheduled for Wrestling Dontaku will go down here at Dominion. YOH has been unstoppable since returning from injury, as he and SHO defeated El Desperado and Yoshinobu Kanemaru to win the IWGP Junior Tag Team Championships. With a title win over El Desperado already under his belt, it’s almost as though the challenger has the mental edge. However, Desperado is the champion for a reason. The man who took the charge when Hiromu Takahashi got injured is one of the very best in New Japan and will be doing everything in his power to retain.

YOH is a future IWGP Junior Heavyweight Champion, but it would take another fantastic effort out of him to take another championship from El Desperado. This should be an occurrence where the champion retains. 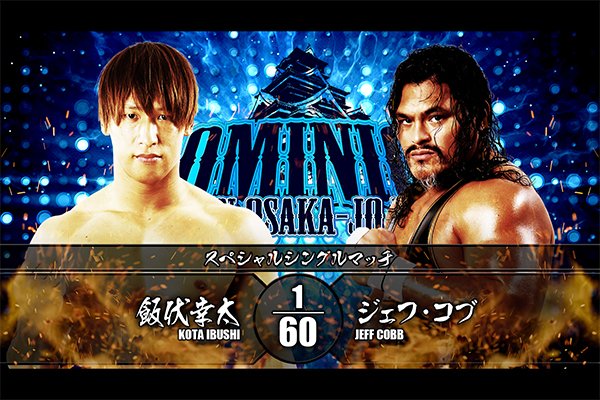 Kota Ibushi has been on the hunt to get Jeff Cobb since the moment he lost his IWGP World Heavyweight Championship. Following the loss, Cobb laid Ibushi out with a Tour of the Islands, forcing him to miss action. Since the moment Ibushi has returned, he has wanted to crush the monster of The United Empire. Cobb has been utilizing his own variation of Ibushi’s finisher, the Kami-Goye, to get in the head of “The Golden Star.”

This is a massive match for both men. Ibushi is trying to get back on track after losing the title that he transformed into the world title. Cobb, on the other hand, has taken over as the lead of The United Empire with Will Ospreay forced to leave NJPW with his injuries for the time being. A win for Ibushi not only gets him back on track but will likely set himself up to face the winner of Dominion‘s main event. The same can be said for Cobb too, as defeating the former IWGP World Heavyweight Champion instantly propels him to the top of the card. These two are going to hold nothing back and it may be the match of the night when it’s all said and done. 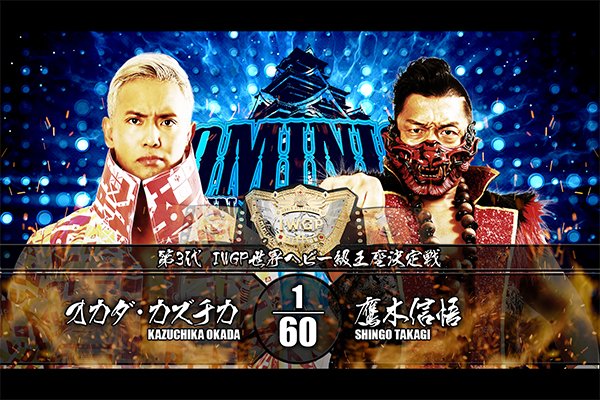 The match. On May 20, Will Ospreay and NJPW surprised the world when the announcement was made that he would be vacating the IWGP World Heavyweight Championship due to injury. Questions then began to swirl wondering who would be the next champion and would be the man to most likely create the first true reign of the new championship title. NJPW made the decision to pit the longest-reigning IWGP Heavyweight Champion in history, Kazuchika Okada, against the man who took Ospreay to the limit twice over the past few months, Shingo Takagi.

Okada was set to face Ospreay at Wrestle Grand Slam inside the Tokyo Dome last month, but due to the show being suspended and eventually Ospreay relinquishing the gold, that of course never happened. And some may be wondering as to why Takagi gets another opportunity at glory. He, after all, defeated Okada in the first round of the New Japan Cup. That gives him all he needs to claim this spot.

It is one of the biggest matches in NJPW history as this decides not only the present but the future. The winner will hope to lead NJPW into a new age. Okada and Takagi very well could put on the NJPW match of the year in this one.

Stay tuned to the Last Word on Pro Wrestling for more on this and other stories from around the world of wrestling, as they develop. You can always count on LWOPW to be on top of the major news in the wrestling world, as well as to provide you with analysis, previews, videos, interviews, and editorials on the wrestling world.  You can watch New Japan Pro Wrestling and plenty more tremendous wrestling content from NJPWWorld.com; The King of Sports Streaming.