And a feud with Big E is perfect for Aleister Black. At the conclusion of this week’s SmackDown, Aleister Black interfered in the big fatal four-way main event for the Intercontinental Championship. Kevin Owens, Sami Zayn, Big E and Apollo Crews (c) battled their way to an (unsurprisingly) good main event. It became increasingly obvious that Crews was going to retain the title somehow. Not many might have predicted the returning Black would aid Crews to victory, however. Is Black now an ally of Crews? Highly unlikely. Indeed, it is far more likely Black just, quite simply, does not like Big E. Whereas much speculation as to why will persist, we are going to look at why this feud is perfect for both Big E and Aleister Black. 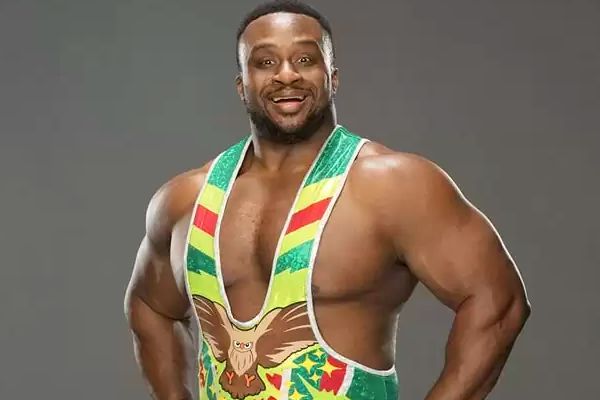 First of all, Big E is an overtly charismatic, beloved member of the SmackDown roster. Initially debuting to become the dour, muscled, silent-but-deadly ally of AJ Lee and Dolph Ziggler almost a decade ago, things soon changed. The New Day (with Kofi Kingston and Xavier Woods) became a thing in 2014 and though they were initially painfully irritating (in a good way) heels, they captured the hearts of the WWE Universe and became one of the longest reigning, most adored factions in WWE history. Because of this, since being separated from his New Day comrades in last year’s draft, Big E has largely retained elements of his New Day persona. A fun-loving, pancake consuming brute who can get serious when required – which is why he captured the Intercontinental Championship from Sami Zayn early on into his latest solo run. Whereas he should not abandon the fun-loving persona entirely, more seriousness is essential. Despite the successes, Big E is short just one element to his game; legitimacy. Beating the current incarnation of Sami Zayn – the conspiracy touting, documentary directing, chicken heel – does not grant him that. Aleister Black, however, is a serious competitor whether heel or face and much like Zayn, is capable of delivering near-exceptional match quality when called upon. Big E needs a memorable feud and match with a serious opponent to grant him this legitimacy. Many recognize Big E as being the one to eventually dethrone Roman Reigns from the Head of the SmackDown Table and therefore, Aleister Black is the necessary first step towards achieving this. 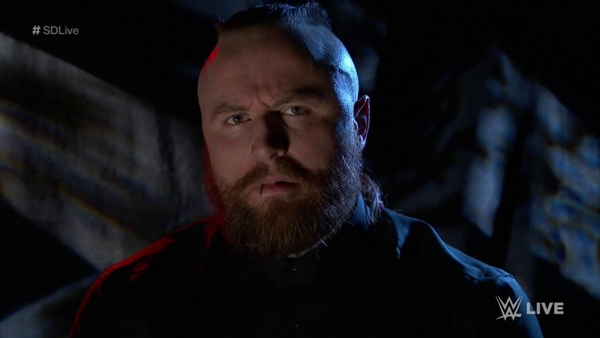 Poor Aleister Black. One of the most promising superstars of NXT – a former NXT Champion, no less – has followed in the footsteps of Andrade to become yet another recent call-up to suffer dramatically. As mentioned earlier; Black is a big match machine. It is one of the main reasons the Dutchman was signed to a WWE deal in 2016. Not only does he have the ability, but he also has a very unique look. A tall, lean body covered in tattoos; the hair and the beard means no one else in the WWE quite looks like Aleister Black. Given he has been gifted with plenty of promo time in the form of backstage vignettes, creative are also clearly high on this aspect of his game, also. Yet last year, not only was he on a losing streak; not only did he have his eye gouged out by Seth Rollins and Murphy but he was also kept off TV for months on end – leading many to speculate he would be released. Thankfully, this does not appear to be the case. With rumors that Zelina Vega, Black’s real-life wife, apparently close to re-signing with the company and with Black’s recent re-emergence on SmackDown, maybe he might just finally get his chance to reignite the flame that endeared him to the NXT audience. Big E is a beloved, experienced and established performer in the eyes of the WWE Universe, so there is no one better for Aleister Black to work with and finally forge the career he hopes to achieve within the WWE.

Big E Has Never Had A Personal, Blood Feud

Yes, he had the feud with Sami Zayn, but for reasons already explained, it was never the feud this one might be. Given the nature this feud has erupted from, this might very well be Big E’s first, personal “blood” feud. That being a feud which has the potential to grow nasty; one worthy of eventually being concluded in a Hell in a Cell type stipulation like the feuds of old. In costing Big E the Intercontinental Championship, we might just get that. With Big E having been a tag team competitor for so long with New Day, the biggest feud he has ever been a part of was Kofi Kingston’s with Daniel Bryan – but E was a side character. This is a real opportunity to carve out a fresh and exciting story; an opportunity to add new and diverse layers to a Big E character which for years has only shown minimal and limited elements. We know Big E has the acting chops to pull it off; we know he is charismatic and likable enough to draw us in on the ride. We also know Black is capable of being a truly detestable antagonist, so this is perfect for Big E in his ascent through the SmackDown ranks.

Regardless Of the Outcome, Both Men Will Be Elevated 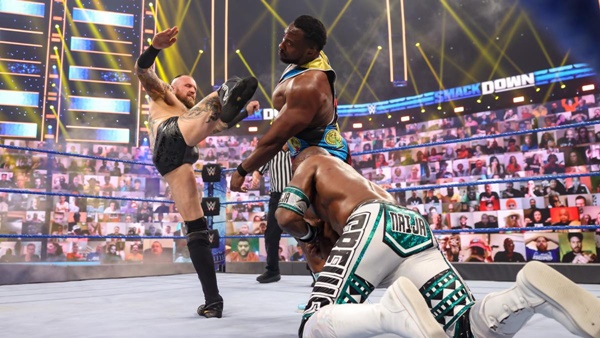 Aleister Black has been a victim of poor booking ever since Paul Heyman was removed from WWE’s creative last year. Because of this, in 2021, the simple act of getting into a brief main event spot at the conclusion of SmackDown this week has already elevated the man to highs not yet experienced on the main roster. Of course, he wants more and is deserving of more. Luckily for him, the feud with Big E will bring just that; even if Black loses in this rivalry, he will be elevated and will likely become the secondary heel on SmackDown, after Roman Reigns. Big E will receive boosted recognition of his talents as well as new appreciation for the elements he brings to his more fleshed out character. Black will become a secondary heel and given the current black hole which occupies the SmackDown babyfaces in Roman Reigns’ reign of dominance, Big E might just become the new occupier of the title of top face on SmackDown. This feud is perfect for both Big E and Aleister Black and should it be done right, we might just have the guy destined to dethrone the Tribal Chief at next year’s WrestleMania.