When Rusev was released by the WWE in April of 2020 as a part of the annual clear-out of talent (dubbed Black Wednesday), he was one of the stand outs. He has it all; size, agility, ability, charisma and got himself over multiple times, each time resulting in an eventual misuse of his talent. When he was the Evil Russian, he was built up strongly as the unbeatable United States Champion, only to be crushed by John Cena multiple times. Then came Rusev Day, a self-made gimmick which endeared him to the WWE Universe as someone who could (and should) be a top babyface. Then, of course, he was split up from Aiden English – a big part of Rusev Day’s success – and regularly kept off TV. To make matters worse, he was soon split up from real-life wife Lana, who was forced into an on-screen relationship with Bobby Lashley. Humiliations kept adding up and soon, on April 15 2020, he was gone for good. 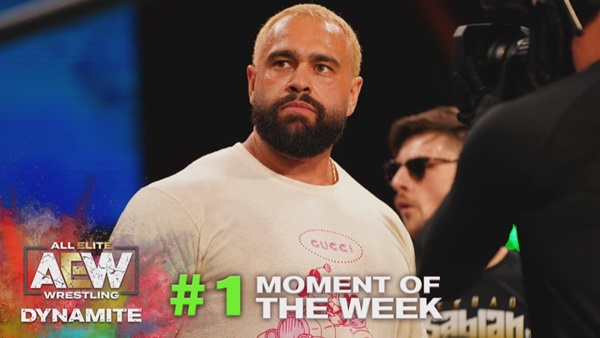 The man behind Rusev, Miroslav Barnyashev, has proven time and time again that he gets it. It would be too easy to book a guy who looks like that – that being a 300+ lbs Eastern European – in an evil, foreigner gimmick. This isn’t the ’80s. Miroslav understands that in order to stand out in the current day, personality – in addition to his size – is the key. He has it, too, and has proven it in every gimmick he has worked. So when he arrived at AEW Dynamite in September 2020 as Kip Sabian‘s “Best Man”, the third wheel of Sabian and Penelope Ford, many viewers were left scratching their heads. How can Miro – as he is now known in AEW – be reduced to the “Best Man” of a lesser known competitor? Simple: he is different. If he debuted as the freakishly sized powerhouse, he’d be doing the same act as Brian Cage or Lance Archer. His debut was more clever than certain areas of the AEW fandom realized.

That being said, this does not mean everything was perfect with Miro from his debut. It wasn’t. With a decade in the WWE and more than a half-decade on WWE television, Miro carried more name value than most. AEW is still in its relative infancy, let’s not forget. So when they sign someone with name recognition who can draw eyes to the product, it is probably best to book this person more prominently than Miro was. Kip Sabian, though a talented performer, is a lower-card heel act. Miro’s debut match (with Sabian against Sonny Kiss and Joey Janela) was widely deemed a “disaster” by sources backstage and this did not help matters. Neither did feuds with the likes of Best Friends (Trent and Chuck Taylor) who, again, though talented, are more of a comedic act. Whereas the introduction of Miro as the Best Man was an interesting (and brave) intro for a man like Miro, it was a struggle for a long time and could have potentially done damage to the perception of the character.

It Was Always About Rebuilding A Misused Talent

When Tony Khan entered talks with Miro to sign an AEW contract, he was desperate to get the deal done. Khan – a long-time wrestling fan – recognized, as many fans have over the years, the potential in the Bulgarian. As mentioned, he truly is something of a phenomenon in pro wrestling; a complete package who can play any role, thanks to his size, look, ability and natural, oozing charisma. In the WWE, the original incarnation of Rusev was that of a stone cold, Bulgarian killer with sympathies for the Russian Federation. Yet when Tony Khan signed Miro, this was not his reason for doing so, as he announced in a conference call a few months ago.

Tony Khan wasn’t signing a huge star; he was signing a wrestler who could have been a huge star in his previous company, so that he could make him the huge star he is supposed to be. The Miro signing was always about a rebuild; it was never a continuation of what came before. Yes, he had the WWE name value and yes, he was a prominent performer in that company for years. The treatment of Miro during those years, however, was not spectacular and the man who rode into WrestleMania 31 on a tank had not been seen in years. What had been seen was the man regularly hit with a low blow in front of his wife – who made out with Bobby Lashley in front of him. Over time, this has proven to be an effective decision by the AEW head honcho. Whereas Miro debuted in relatively choppy waters and was cruising there for months, he has hit the ground running lately and will continue doing so. Miro, as we know he should be, has finally arrived.

Miro As TNT Champion Is Going To Be Big

Somehow, the TNT Championship has become one of the more enjoyable titles in pro wrestling. The reign(s) of Cody was/were fun; with the Open Challenges a throwback to the United States Open Challenge of John Cena years ago. The reign of Darby Allin, especially, was a star making run – one of those rare reigns that catapulted a young performer to the stratosphere of the roster, elevating the prestige of the title in the process. It was only fitting, therefore, that Miro – a rejuvenated, scary, rebuilt version of Miro – would be the one to end such a reign. Tony Khan was right: Miro is going to be a huge star. Now that he has an opportunity to prove his worth as AEW’s TNT Champion, he may just be a huge star sooner rather than later. The Bulgarian Brute, Miro Day, the Best Man or whatever you want to call him is finally unleashed and the AEW roster better watch out.