AEW Rankings will take a major hit next week as the top two contenders in the men’s division face off for an opportunity at the AEW World Championship on Wednesday night. Double or Nothing draws closer and closer with it finally beginning to take shape. Here’s a look at all the major changes for the AEW Rankings in the men’s, women’s, and tag team divisions. 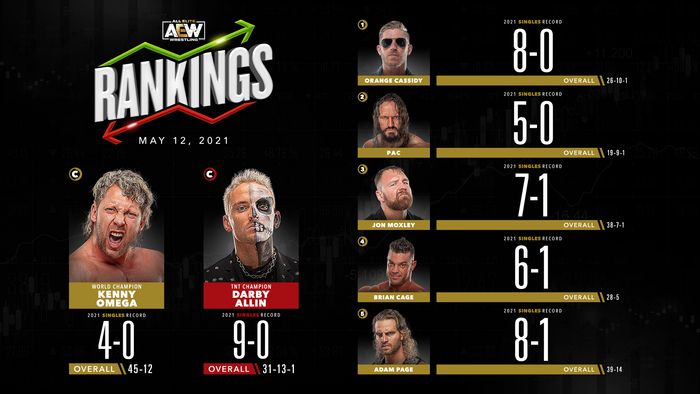 The men’s rankings were not affected by last week’s Blood & Guts show. However, Wednesday night will see No. 1 Orange Cassidy face No. 2 PAC with an opportunity at Kenny Omega‘s AEW World Championship on the line. That is sure to shake up the rankings no matter the outcome. 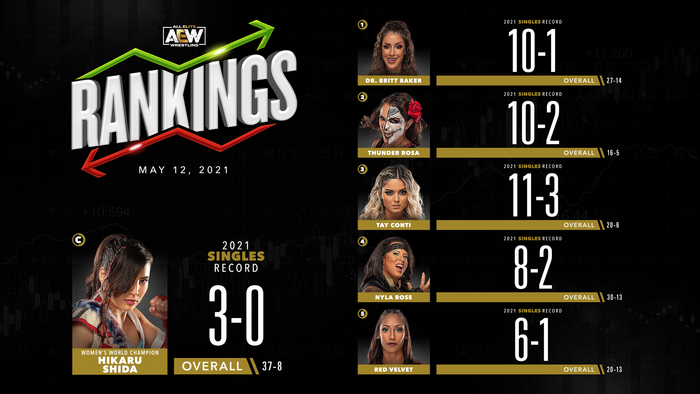 There were zero movements in the women’s rankings this week. Top contender Dr. Britt Baker, D.M.D. added two wins to her record, while Thunder Rosa, Tay Conti, and Nyla Rose all added one. 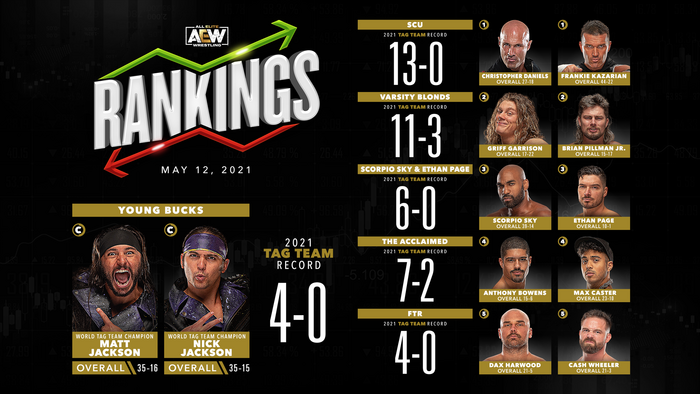 A major shuffle in the tag division has occurred as Jurassic Express has lost their No. 2 spot on the rankings, falling completely off despite not losses to reflect that. Varsity Blondes were able to move up from three to two after going 1-1 over the week to make their record 11-3. The biggest jump into the rankings comes at the hands of the newly formed tag team, Scorpio Sky and Ethan Page. They have gone undefeated as a combo and now sit with a 6-0 record, best for the No. 3 spot in the rankings. SCU gets their title match on Wednesday night. If they lose, they are no longer a team, which will see the division experience an even bigger shakeup next week.