IMPACT Wrestling, live on AXS TV, continues the march to Under Siege. As announced last week, El Phantasmo (ELP) will make his debut for IMPACT. We will also see more qualifying matches for the Under Siege main event. You can catch all of the action starting at 8 PM EST. The preshow, Before the Impact, will begin at 7 PM EST and will feature Jake Something vs. Shera. Let’s see what the May 6th edition IMPACT has in store for us.

Last week’s IMPACT Wrestling started with Scott D’Amore in the ring, addressing the locker room. After Kenny Omega’s historic IMPACT World Championship win at Rebellion, a new number one contender was needed, as there was no rematch clause between Omega and Rich Swann. D’Amore announced a six-way match for Under Siege where the winner would become the new number one contender, or if Omega didn’t make it to the building in time that night, the match would be for the title. Omega did make his way to the building that night, interfering in the qualifying match between Sami Callihan and Eddie Edwards. Three more matches qualifying matches will take place this week in IMPACT. 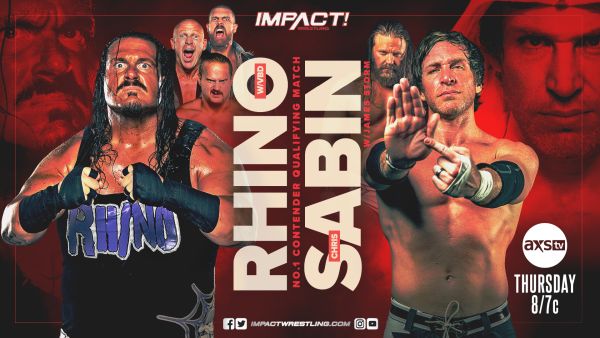 The feud between Violent by Design and Chris Sabin and company continues with a spot in the six-way match at stake. The rivalry heated up at Rebellion, when VBD took on Sabin and company in an eight-man tag match. VBD came out victorious in that match, thanks in part to the debut of W. Morrissey. VBD leader Eric Young delivered a strong message last week ahead of this matchup. Will Sabin be able to overcome Rhino and the rest of VBD? He will have James Storm in his corner to help even the odds. 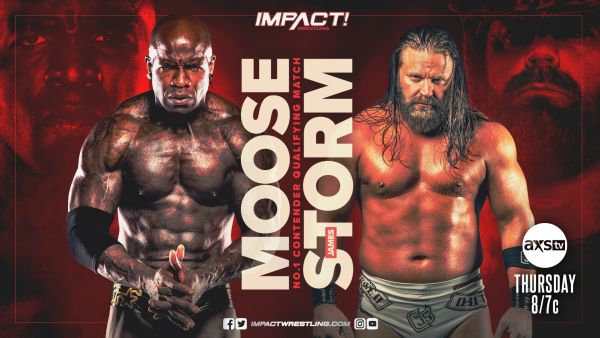 Sabin’s new friend and tag team partner, James Storm, will have his chance to qualify for the six-man match on this week’s IMPACT. He will take on Moose, who confronted Scott D’Amore last week regarding his position on the qualifier. Moose insists he will do whatever it takes to get back the IMPACT World Championship. Moose was on the losing end of a unification match with Rich Swann for the IMPACT and TNA World Heavyweight Championship. The former TNA World Heavyweight Champion made it clear to Swann that he needed to bring the titles home at Rebellion. He is now looking to get himself back in the title picture, to reclaim what he believes is rightfully his. 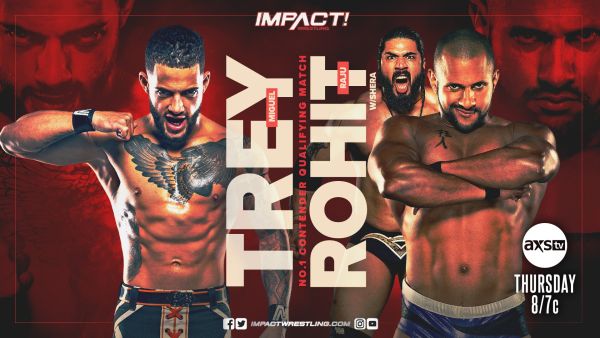 Rohit Raju made his presence felt during the qualifying match between Chris Bey and Jake Something last week. He grabbed Something’s leg from outside the ring, allowing Bey to pin Something and advance to Under Siege. Rohit will now have an opportunity to qualify himself in his match against Trey Miguel, who is coming off of a big victory against Sami Callihan in their Last Man Standing Match at Rebellion. He is looking to build on that momentum and land a spot in the six-man match at Under Siege. 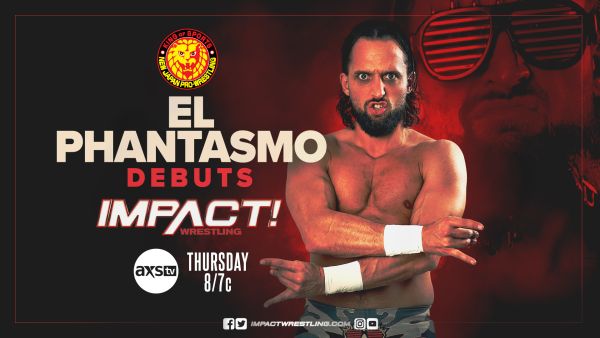 El Phantasmo (ELP) will make his debut for IMPACT Wrestling on this week’s show. A vignette aired during last week’s episode of IMPACT, announcing ELP’s arrival for this week. He joins fellow NJPW wrestlers David Finlay and Juice Robinson, who have been working with the promotion lately. FinJuice captured the IMPACT World Tag Team Titles from The Good Brothers at Sacrifice and have held them ever since. Will ELP shake up the title picture in IMPACT the same way that FinJuice did? We will find out this week.