WWE SmackDown returns for the first time since last weekend’s WrestleMania 37 double-night event. Tribal Chief, Roman Reigns, retained and remains Head of the Table. Bianca Belair defeated Sasha Banks in a history-making, show-stealing main event to begin her first title reign in the WWE. There will, therefore, be plenty going on on tonight’s episode of SmackDown. In typical WWE fashion, we have just two matches to preview ahead of tonight’s SmackDown. There is, however, still plenty to discuss. Let’s dive right in! 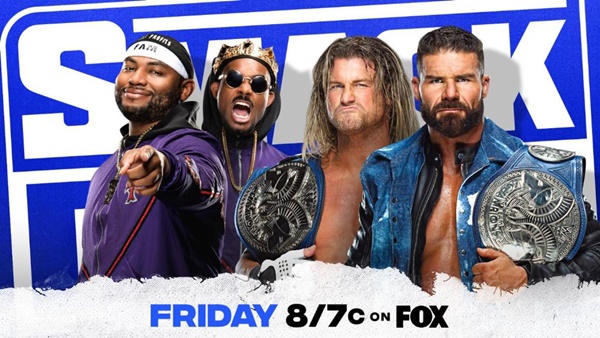 The Street Profits (Montez Ford and Angelo Dawkins) will face off against SmackDown Tag Team Champions, Bobby Roode and Dolph Ziggler. The team of Bobby Roode and Dolph Ziggler has always felt like an unnatural, makeshift team that was put together to give two directionless but talented guys something to do. The Street Profits, at least, feel like a natural team. On last week’s SmackDown, the Dirty Dawgs teamed with Chad Gable and Otis to defeat Ford, Dawkins, and the Mysterios (Rey and Dominik) in an eight-man tag team bout. Despite this, Ford and Dawkins now have a title match. This is a chance for the Street Profits to reclaim their championships. Will they do it? Tune in tonight on FOX to find out.

The Mysterios vs Alpha Academy 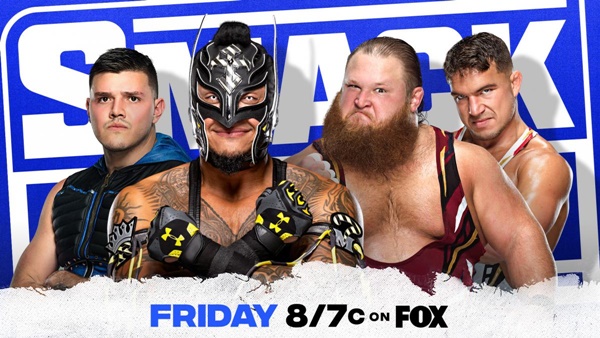 Is it odd for a post-WrestleMania SmackDown to promote two tag team title matches in the post-Teddy Long era? Yes. Especially when both matches are matches we have seen what feels like dozens of times over the past few months. Maybe Teddy is back behind the scenes. Who knows? Regardless, this is the hand we have been dealt. This is not to knock any of the men involved in the match; all of whom are talented individuals. This feud between Alpha Academy (Gable and Otis) and the Mysterios seems as though it will be continuing for at least another week. Maybe this time the Mysterios will get the upper hand. Tune in tonight to get the results.

– Roman Reigns is undefeated since December 2019. The Tribal Chief controversially pinned both Edge and Daniel Bryan at the same time at WrestleMania and there may be something coming from that. This is definitely something to tune in for, as Roman Reigns (and Paul Heyman) has been gold for over half a year now. SmackDown is his island.

– Bianca Belair is now the WWE SmackDown Women’s Champion, having defeated Sasha Banks in a historically significant match. How will Belair continue now that she has made it to becoming champion? Perhaps more important, how will Sasha react to losing her title? Will Bayley become involved somehow? This is, perhaps, one of the most interesting feuds coming out of WrestleMania and the heat may just turn up.

– At WrestleMania 37, Big E lost the Intercontinental Championship to Apollo Crews in a Nigerian Drum Match. It was great to see Apollo score a big win and we must now tune in to see what is next for Big E, who might just have a big 2021 ahead.

– It took ten years, but Cesaro finally had his first one-on-one match at a WrestleMania last weekend. Of course, he delivered, entertaining fans in an excellent match against a Seth Rollins who was at the peak of his game. What lies in store for both men? Tune into Friday Night SmackDown on FOX at 8/7c tonight to find out!